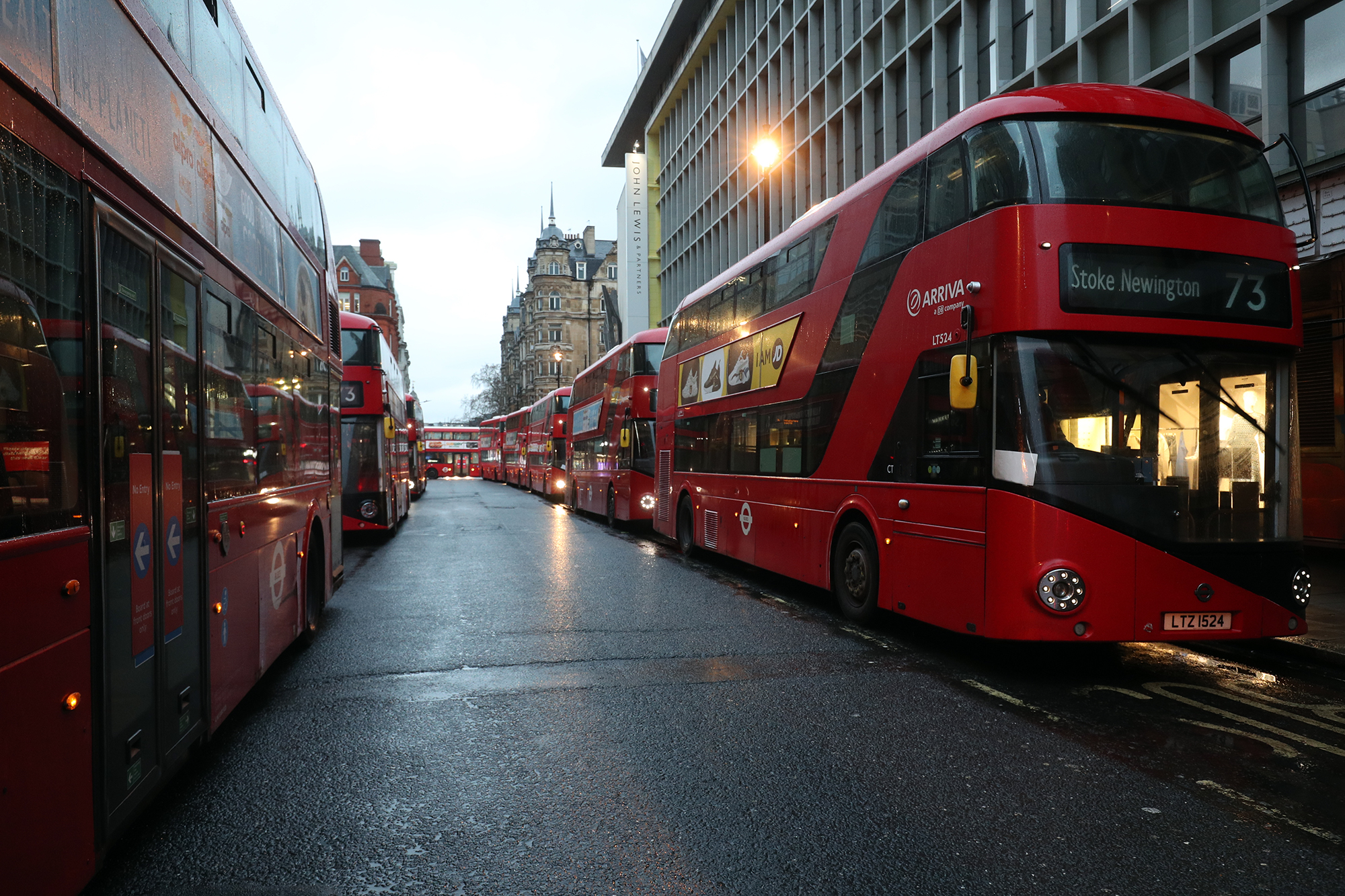 Some London buses are being converted into ambulances as the city grapples with a devastating COVID-19 outbreak.

Seats were removed on at least two single-decker buses to enable them to carry four patients, the Guardian reported.

Bus company Go-Ahead loaned the vehicles to the National Health Service (NHS) and will provide four drivers, who have been vaccinated against the virus, the outlet reported.

Doctors and nurses, as well as volunteer paramedics from the St. John Ambulance charity, will be on board to treat patients.

The vehicles will be equipped with oxygen and infusion pumps in order to keep patients stable until they can be admitted to one of the capital’s hospitals.

The converted buses are expected to be put into use in the next few days, the Guardian reported.

The initiative is aimed at relieving pressure from ambulance crews, which have been inundated with emergency calls following the arrival of a new, more contagious strain of the virus, the outlet reported.

At least two London buses were converted into ambulances amid a devastating COVID-19 outbreak.Yui Mok/PA Images via Getty Images

More than 4,000 Londoners are currently hospitalized with the virus, according to the latest NHS figures.

Prime Minister Boris Johnson on Jan. 2 ordered the country into a lockdown to slow infections and prevent the NHS from becoming overwhelmed.