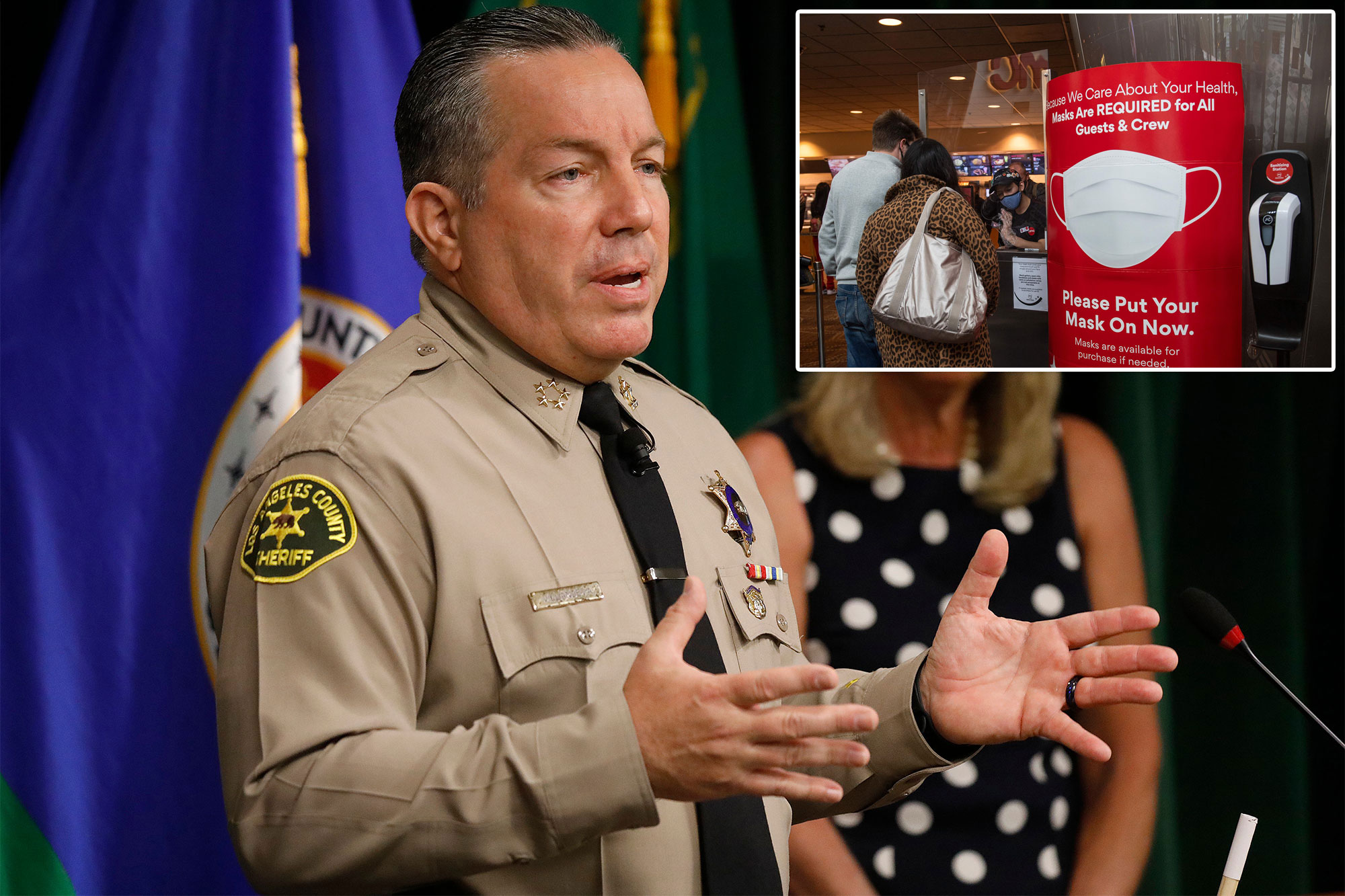 The Los Angeles County Sheriff’s Department on Friday ripped the area’s newly reinstated indoor mask mandate — saying the COVID-19 precaution is “not backed by science” and that the law enforcement agency won’t enforce it.

Sheriff Alex Villanueva said that his department was too underfunded to make sure residents comply with the public health order, which is set to go into effect Saturday amid an uptick in coronavirus cases.

Requiring that people wear face coverings indoors, even when vaccinated, is “not backed by science” and “contradicts” federal health guidelines, Villanueva said in a statement.

“We encourage the DPH to work collaboratively with the Board of Supervisors and law enforcement to establish mandates that are both achievable and supported by science.”

According to health officials, there are over 1,000 new COVID-19 cases in Los Angeles County.AFP via Getty Images

The mandate — which applies to both vaccinated and unvaccinated people in shops, gyms and retail stores, as well as restaurants when not eating or drinking — takes effect just before midnight on Saturday.

Local health officials said Thursday that the county has been recording more than 1,000 new COVID-19 cases each day for a week, and there is now “substantial community transmission.”

Sherif Alex Villanueva blasted the newly reinstated mask mandate stating that it is “not supported by science” and that he will not enforce it. Al Seib/Shutterstock

The county’s supervisor on Friday evening said she was concerned by the spike in cases, but expressed ambivalence about the new guidance, noting that it was not in line with the rest of California.

“I am concerned by rising cases, but I don’t believe the mask mandate will help efforts to stress vaccine efficacy and compel unvaccinated residents to get vaccinated,” Supervisor Kathryn Barger tweeted Friday.

“LA County should remain aligned with the State instead of creating confusion and disagreement at the local level.”