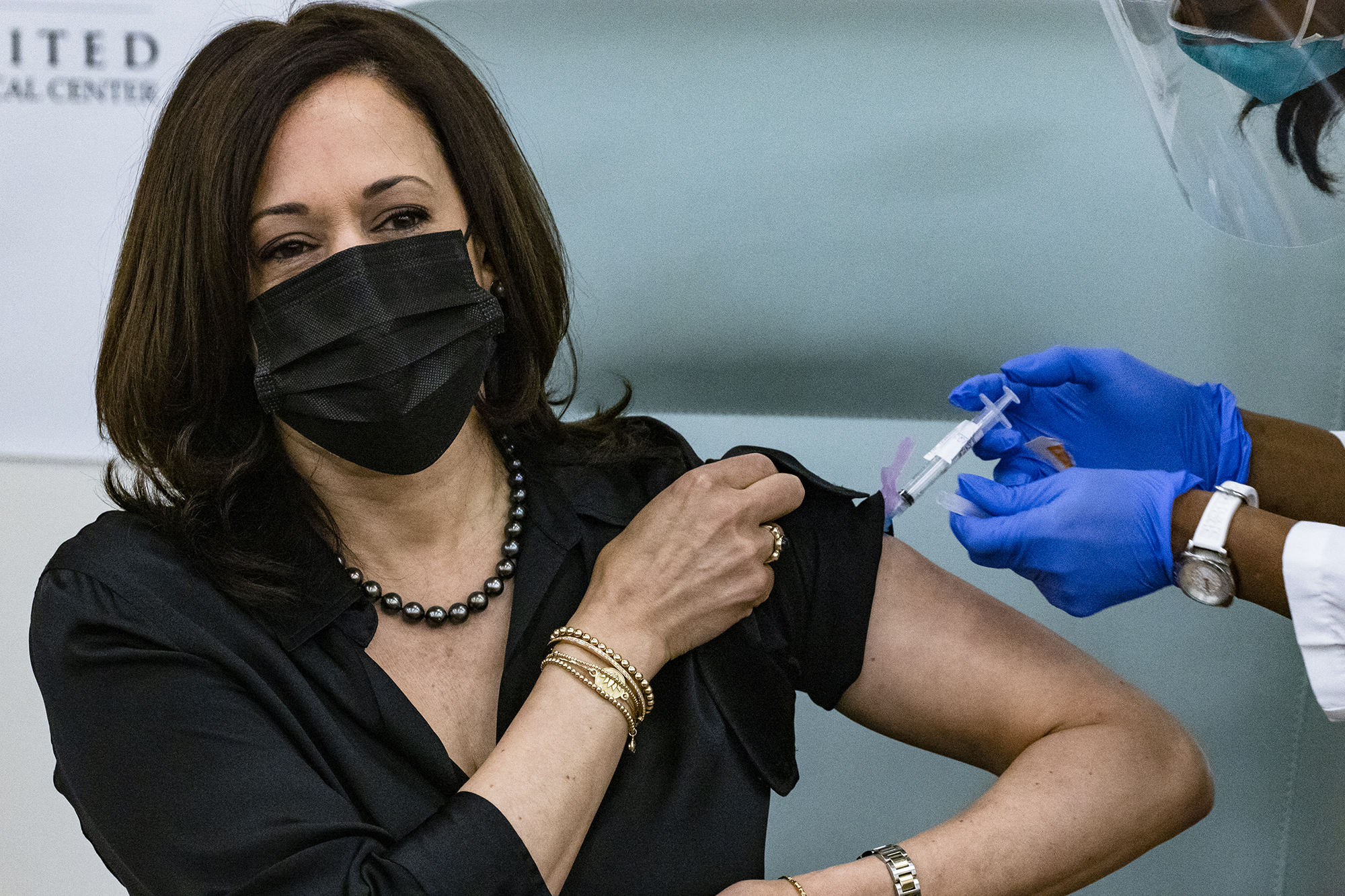 Vice President-elect Kamala Harris and husband Doug Emhoff both received their first coronavirus vaccine shot on Tuesday in another public vaccination designed to ease concerns about the wonder drug’s safety.

“I want to encourage everyone to get the vaccine,” Harris, 56, said at United Medical Center in Washington, DC, after getting jabbed with the Moderna version of the drug.

“It is relatively painless, it happens really quickly, it is safe,” she added.

But lawmakers immediately began bickering about the plan, shaming young, healthy members such as Rep. Alexandria Ocasio-Cortez (D-NY) for receiving the drug ahead of first responders and the elderly.

A growing number of members of Congress have announced they will not take the elixir out of concerns they are jumping the line and robbing another in-need person.

“It’s now clear that we don’t have enough vaccines for everyone and there is shortage of supply, we have to prioritize those who need it most,” Rep. Ilhan Omar (D-Minn.) wrote in a tweet last Sunday.

“That’s why it’s disturbing to see members be 1st to get vaccine while most frontline workers, elderly and infirm in our districts, wait,” she added.

Last week, Pence became the first member of the Trump administration to receive the drug and hailed it as a “medical miracle.”

President Trump, who contracted the disease in October, has said he will eventually take the vaccine but has delayed receiving it because he may still have antibodies.

“He will receive the vaccine as soon as his medical team determines is best but his priority is front-line workers and those in long-term care facilities and he wants to make sure that vulnerable gets access first,” White House press secretary Kayeigh McEnany said last week.