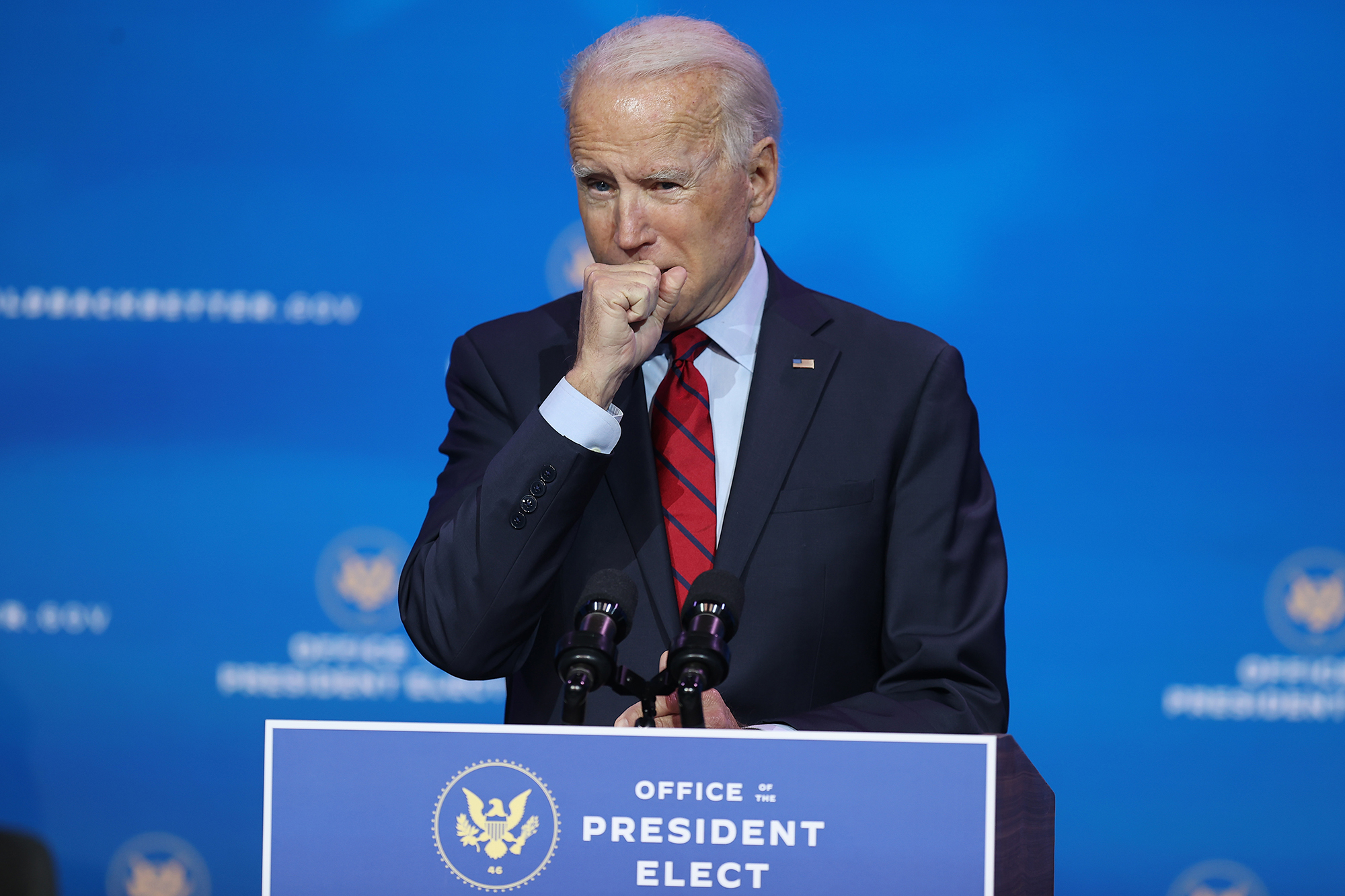 A journalist who joined President-elect Joe Biden on a Tuesday campaign trip to Georgia has tested positive for COVID-19.

Biden, 78, is not believed to be at risk of the serious respiratory virus, according to a statement from his transition office.

Biden’s office notified the press at about the same time as Biden hosted an in-person event in Delaware announcing Pete Buttigieg as his transportation secretary nominee.

The former vice president this week coughed and cleared his throat more than usual, including during his Tuesday speech in favor of a pair of Democratic Senate candidates facing a Jan. 5 runoff election, but has consistently tested negative for the virus.

Although Biden removed his mask when approaching a small group following his remarks in Georgia, the transition office said Biden “adhered to masking and social distancing guidelines at all times during the trip.”

But Biden’s interactions without a mask prompted Washington Post reporter Annie Linskey to tweet: “This photo of @JoeBiden taking his mask down briefly in Georgia has to be part of why Fauci wants @JoeBiden to get a vaccine ASAP.”

The Biden transition office says for now the news will result in few changes.

“Out of an abundance of caution, one member of our traveling communications team who was in close contact with this individual will self-quarantine for 7 days and other members of the traveling press pool who were in close contact with this individual are not on pool duty today and will not be until they clear the window for being infectious.  No other member of the President-elect’s staff has been assessed to be at risk for exposure or transmission of the virus,” the statement said.

Biden will take office on Jan. 20 as the oldest-ever incoming president.

Although vaccine distribution began this month, there’s a surge in new COVID-19 cases and deaths underway. The virus has since March infected nearly 17 million Americans and killed more than 300,000.