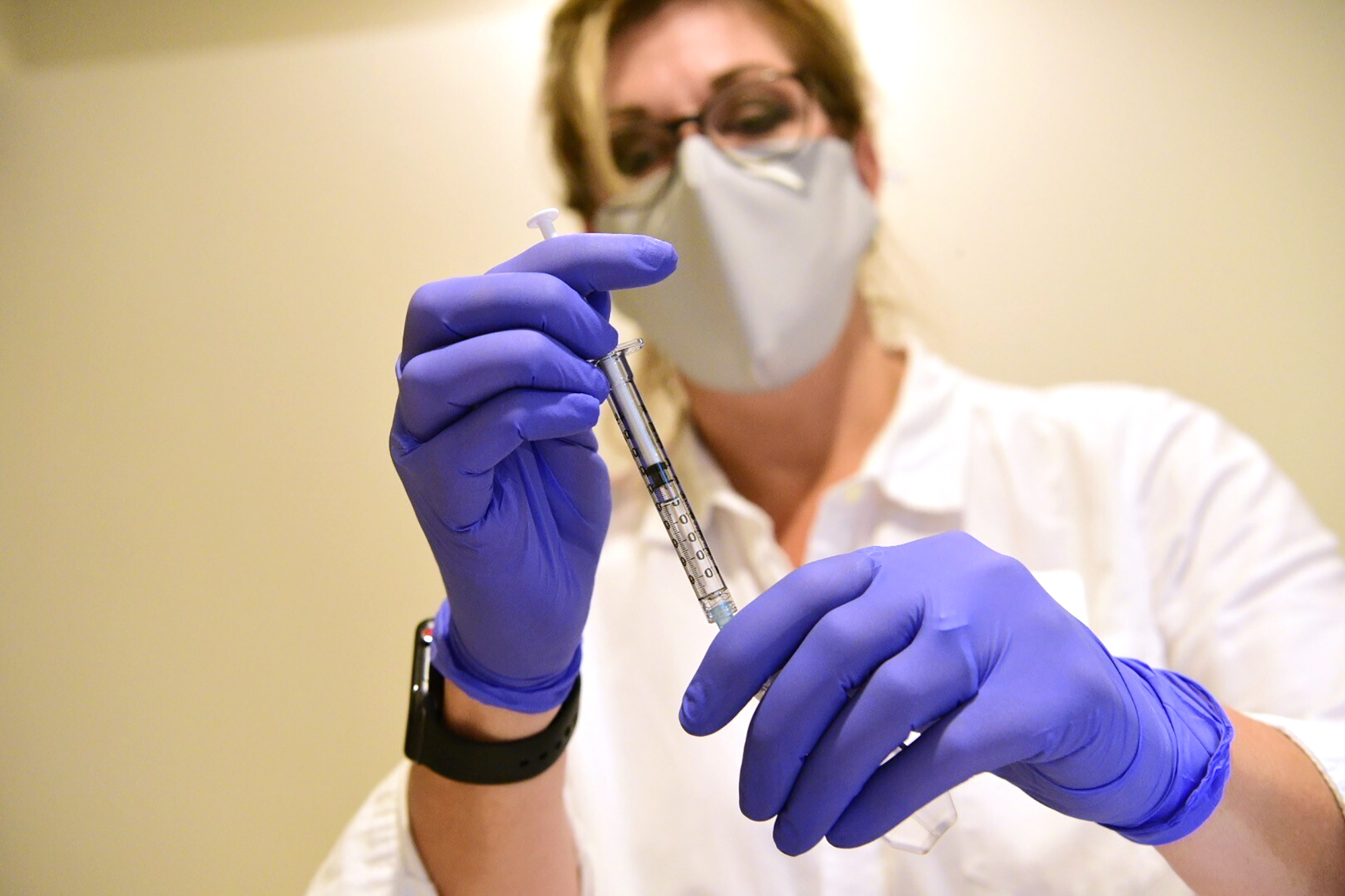 Johnson & Johnson said Friday its COVID-19 vaccine is close to 66 percent effective overall — short of the other two approved inoculations currently on the market in the US.

The efficacy of the New Jersey-headquartered medical giant’s vaccine also varies by location — but was found to be 85 percent effective in preventing severe cases leading to hospitalization or death, medical publication Stat News reported.

After 28 days, the one-shot vaccine was found to be 72 percent effective in the US, 66 percent in Latin America and 57 percent in South Africa, the outlet reported.

The global study included 44,325 participants — 468 of which developed symptomatic cases of the bug.

People walk along a corridor at the headquarters of Johnson & Johnson in New Brunswick, N.J. AP Photo/Mel Evans, File

Moderna’s two-shot vaccine has shown to be 94 percent effective, while Pfizer/BioNTech’s version, which is also administered in two doses, had an efficacy rate of about 95 percent.

Moderna and Pfizer’s vaccines — which are required to be stored in ultra-cold temperatures — use mRNA technology to boost the body’s own cells into making a key viral protein.

Johnson & Johnson’s vaccine is adenovirus-based and uses double-stranded DNA to create an immune response. The vaccine candidate that’s being developed by AstraZeneca/Oxford uses a similar technology.

But he noted the importance at its efficacy at preventing serious cases of COVID.

“It reinforces how lucky we were that the first two were more effective,” Topol said.

Earlier this month, Johnson & Johnson announced its vaccine production was delayed, saying its fallen behind its target of making 12 million jabs available by the end of February.

It may now take the company until late April to catch up.