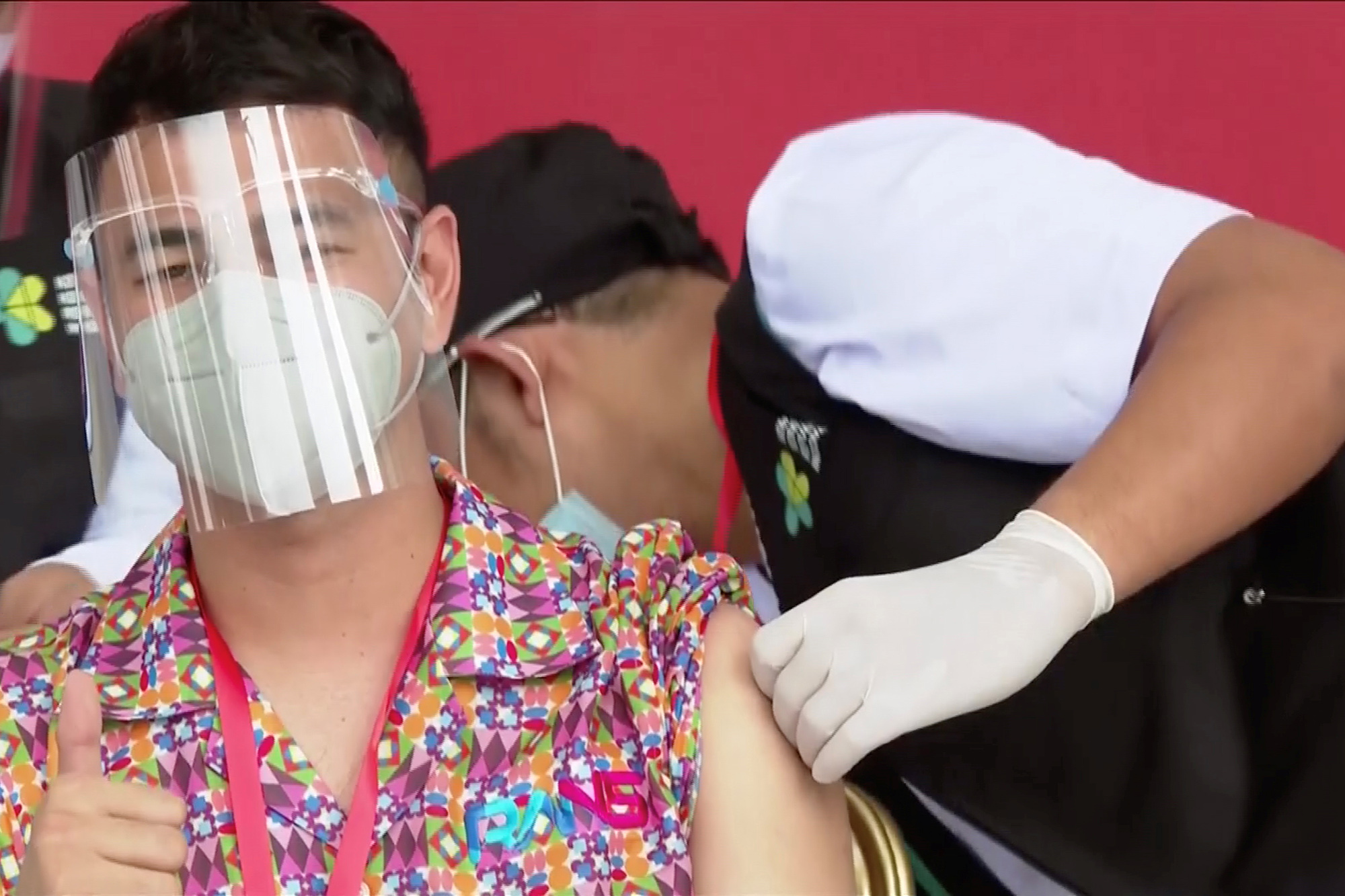 These social media influencers really know how to get their shot.

Popular Instagram users in Indonesia were among the first in line to get the coronavirus vaccine in the country last week — but the effort seemed to backfire when one celeb was spotted partying hours after being injected.

President Joko Widodo kicked off the nation’s inoculation drive on Wednesday with the help of local TV personality Raffi Ahmad, who boasts nearly 50 million followers on the app.

“Don’t be afraid of vaccines,” the 33-year-old celebrity posted, along with a video of himself getting the shot.

Hours later, photos showed Raffi partying without a mask and flouting social distancing protocols — against the advice of experts since the vaccine doesn’t provide immediate immunity.

A senior health ministry official noted to Reuters that “when you’re vaccinated, you still have to abide by health protocols and not be careless in enforcing them.”

Following outcry over the photos, the social media star offered a public apology. Police said they are probing whether he broke the law.

Still, the health ministry official said the decision to include influencers along with healthcare workers in the first round of vaccinations was part of a deliberate communications strategy.

Ahyani Raksanagara, who heads the city of Bandung’s health agency, said that the celebs would “hopefully convey positive influence and messages” about vaccines, especially to young people.

A poll last month showed just 37% of Indonesians said they were willing to be vaccinated.

Other influencers to get the shot last week included the popular local musicians Risa Saraswati and Ariel, of the band Noah.

But Zubairi Djoerban, of the Indonesian Medical Association, said the strategy to hire influencers could only work if they “are briefed about vaccine and COVID-19 so they can be agents of change.”