NEW DELHI: Indians struggled to register online for a mass vaccination drive set to begin at the weekend as the country’s toll from the coronavirus shot past 200,000 on Wednesday (Apr 28), worsened by shortages of hospital beds and medical oxygen.

The second wave of infections has seen at least 300,000 people test positive each day for the past week, overwhelming health facilities and crematoriums and prompting an increasingly urgent response from allies overseas sending equipment.

The last 24 hours brought 360,960 new cases for the world’s largest single-day total, taking India’s tally of infections to nearly 18 million. It was also the deadliest day so far, with 3,293 fatalities carrying the toll to 201,187.

Experts believe the official tally vastly underestimates the actual toll in a nation of 1.35 billion, however.

“The situation is horrific, absolutely terrible … Everyone is afraid, every single person. People are afraid that if I am talking to a person, maybe I won’t get to talk to them tomorrow or in the near future,” New Delhi resident Manoj Garg said.

The World Health Organization said in its weekly epidemiological update that India accounted for 38 per cent of the 5.7 million cases reported worldwide to it last week.

Early modelling showed that the B.1.617 variant of the virus detected in India had a higher growth rate than other variants in the country, suggesting increased transmissibility, it said.

Desperate relatives of the sick are crowding outside New Delhi hospitals in search of treatment and medicines. (Photo: AFP/Tauseef Mustafa)

Offering a glimmer hope, the co-founder of BioNTech – which developed a COVID-19 vaccine with Pfizer – said he is confident the shot works against the variant.

In New Delhi, one death from COVID-19 is reported every four minutes and ambulances have been taking the bodies of victims to makeshift crematorium facilities in parks and parking lots, where bodies burned on rows and rows of funeral pyres.

Mohammad Shameem, the head grave digger at Delhi’s biggest graveyard, said: “Earlier we had enough space here but now there is no space left. Whatever little gaps we have left, we are trying to fill them up now.”

Relatives of the sick are crowding outside hospitals and pharmacies in search of treatment and medicines.

Genesis hospital in the Delhi suburb of Gurgaon told families to take patients away because its supplies of life-saving oxygen were depleting fast, one family said.

“The hospital is trying to get fresh oxygen but we are told we have to make alternate arrangements,” said Anjali Cerejo, whose father had been admitted but now has to try to find another bed elsewhere.

A man with breathing difficulty due to COVID-19 lies in his car as he waits to receive oxygen support for free in Ghaziabad, India on Apr 27, 2021. (Photo: Reuters/Adnan Abidi)

Priyanka Mandal, 30, has been searching for oxygen for her mother since she became sick a week ago.

“No matter how much time it takes, I have to wait here … I only have my mum.”

Despite the raging pandemic, on Tuesday 25,000 people took part in the final bathing day at the Kumbh Mela religious festival in the northern Indian town of Haridwar, drawn to the banks of the Ganges by an “auspicious” full moon, festival official Harbeer Singh told AFP.

The gathering has attracted millions of pilgrims, mostly without masks, fomenting criticism of Prime Minister Narendra Modi’s Hindu-nationalist government for allowing it to go ahead.

Delhi Chief Minister Arvind Kejriwal said people were falling sick more severely and for longer periods in the second wave, stacking up the pressure on the health system.

“The current wave is particularly dangerous,” he said. “It is supremely contagious and those who are contracting it are not able to recover as swiftly. In these conditions, intensive care wards are in great demand.”

Experts said India’s best hope was to vaccinate its vast population and on Wednesday it opened registrations for everyone above the age of 18 to be given jabs from Saturday.

But the country, which is one of the world’s biggest producers of vaccines, does not yet have the stocks for the estimated 600 million people becoming eligible, on top of the ongoing effort to inoculate the elderly and people with other medical conditions.

People carry an oxygen cylinder outside a factory to get it refilled, amidst the spread of COVID-19 in New Delhi, India on Apr 28, 2021. (Photo: Reuters/Adnan Abidi)

People who tried to sign up said they failed, complaining on social media that they could not get a slot or they simply could not get online to register as the website repeatedly crashed.

Even those already eligible were struggling to find doses.

“They are telling us that injections are not available, as vaccines have not arrived,” said Mumbai resident Pushpa Goswami at a vaccination centre. She said she registered three days ago.

The South Asia head of the International Federation of Red Cross and Red Crescent Societies, Udaya Regmi, said the world was entering a critical phase of the pandemic and needed to have vaccinations available for all adults as soon as possible.

“This is both an ethical and public health imperative,” he added. “As variants keep spreading, this pandemic is far from over until the whole world is safe.”

About 9 per cent of India’s population have received one dose since the campaign began in January with healthworkers and then the elderly.

Epidemiologist Bhramar Mukherjee said India must combine the immunisation drive with a widespread lockdown to slow the spread.

“At this point, lives are so much more important than livelihoods,” the University of Michigan professor said on Twitter. “Provide assistance to the poor, but please lock down and vaccinate.”

Family members prepare the funeral pyre for a man who died from COVID-19 in New Delhi, India on Apr 24, 2021. (Photo: Reuters/Adnan Abidi)

Delhi is under a lockdown until next week and the government of the western state of Maharashtra, home to financial capital, Mumbai, said it was considering extending its lockdown until mid-May.

Prime Minister Narendra Modi’s government, which imposed a severe lockdown on the country when the pandemic struck last year, has opposed such a measure because of the risk to an economic recovery that was under way before the second wave struck.

Many nations have rushed to help, sending desperately needed oxygen and aid.

As part of the global effort, Singapore said on Wednesday it had sent two plane-loads of oxygen supplies, and Germany will deliver 120 ventilators and plans to set up oxygen production.

Russia said it was sending emergency help to the country – including oxygen support, ventilators and medicine – while Switzerland was sending US$1 million (€827,000) in aid for hospitals.

India also looks set to receive some of the millions of AstraZeneca vaccine doses the United States has said it will export. 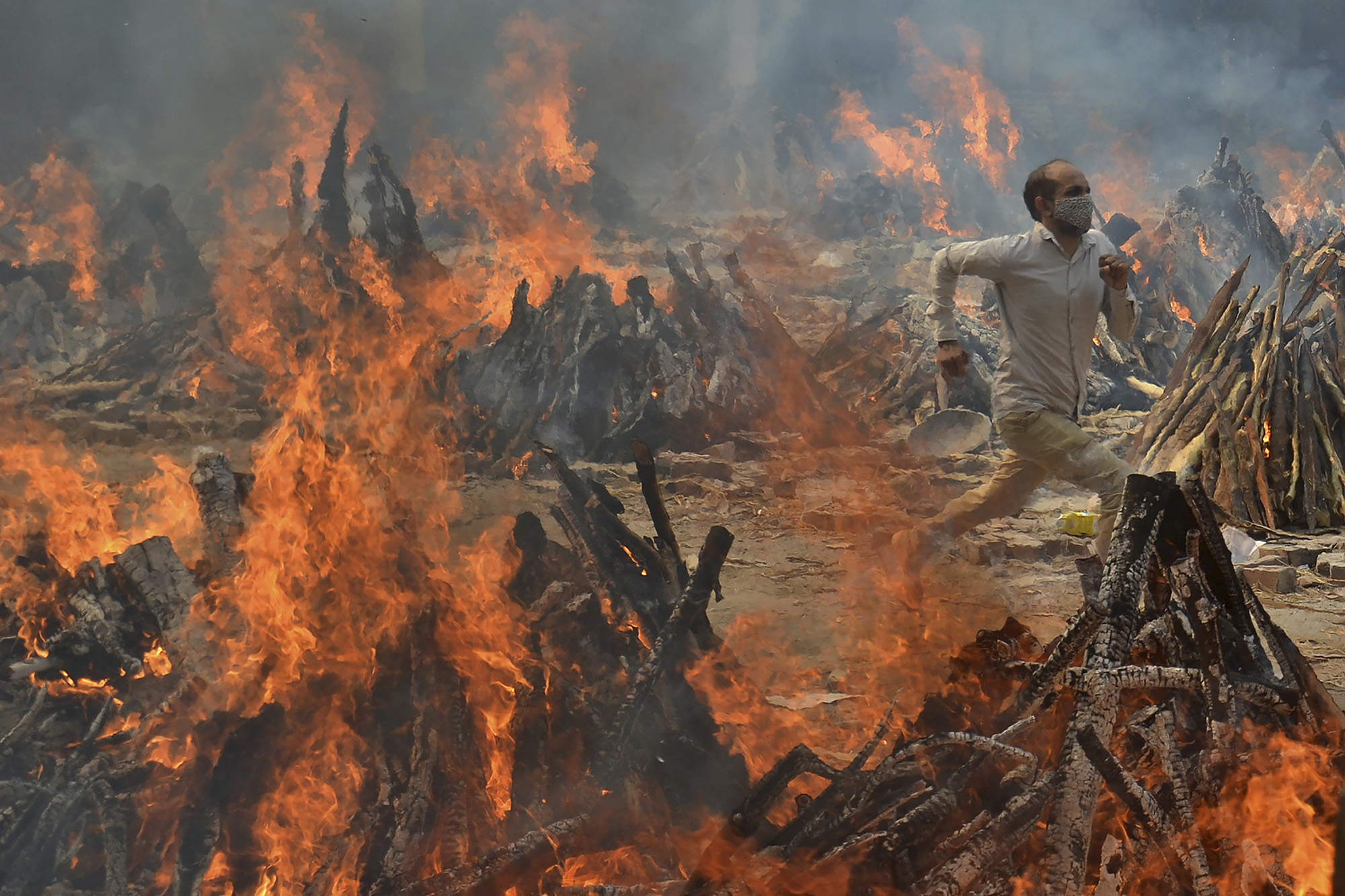 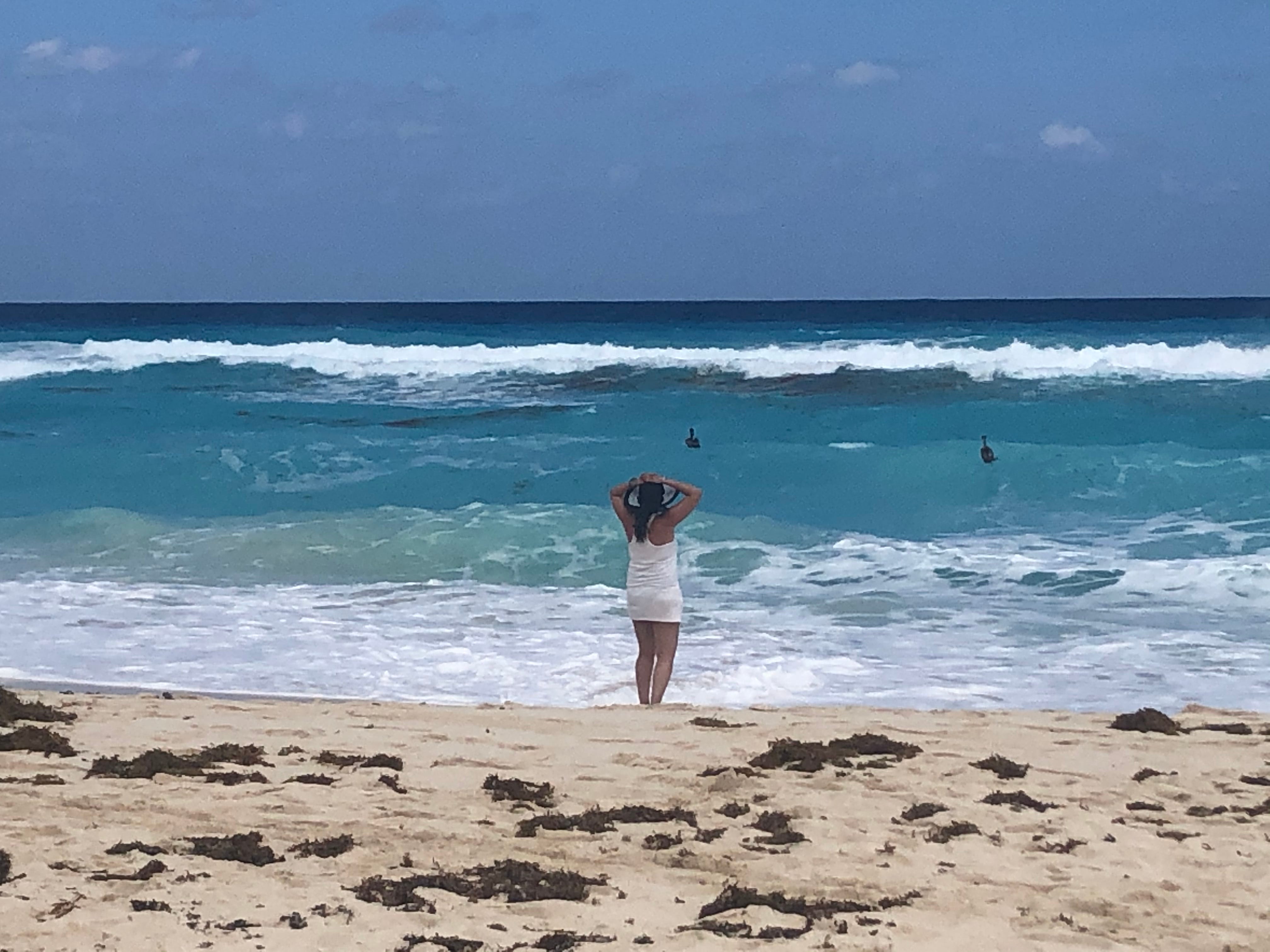