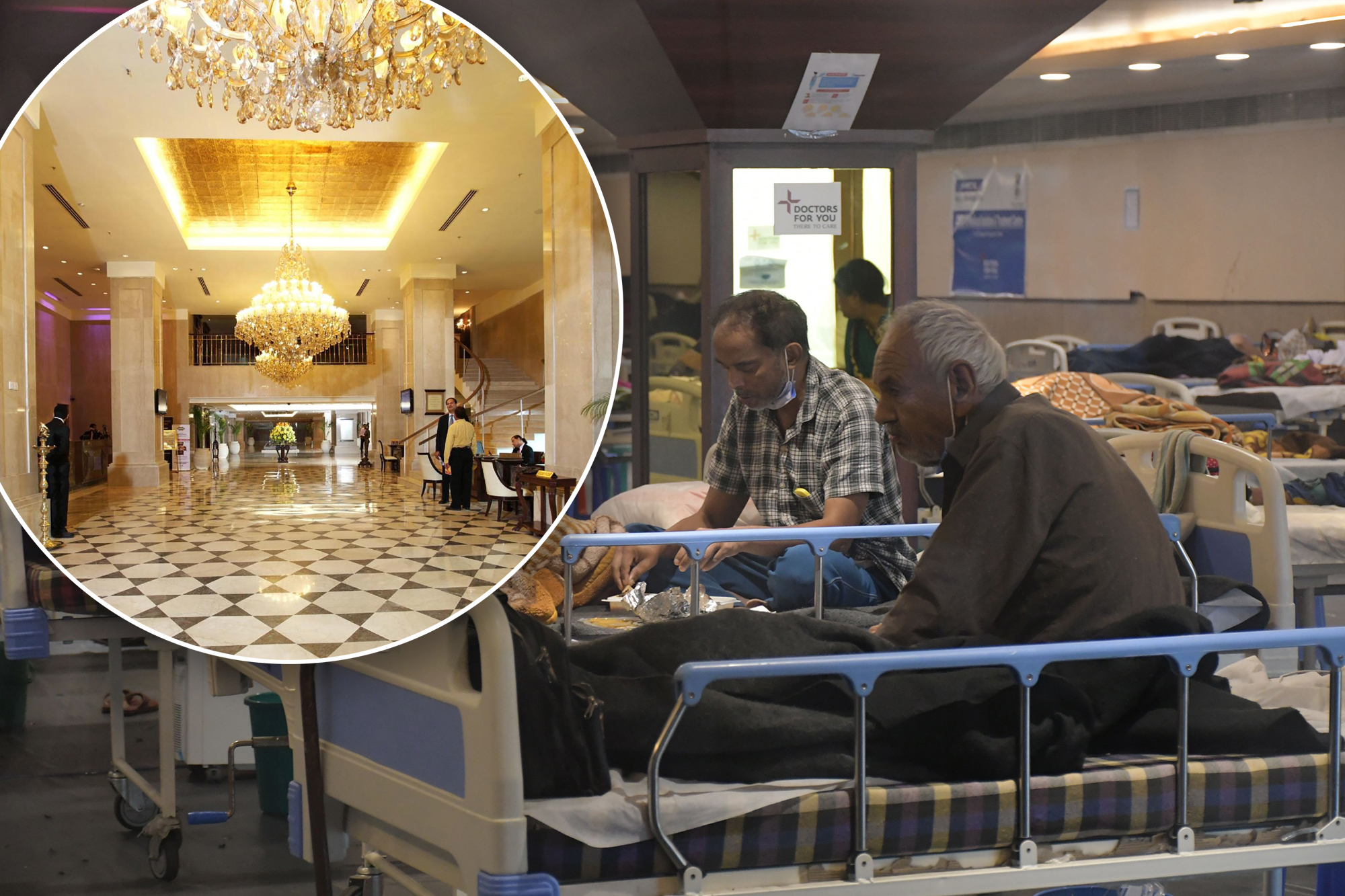 Amid a huge surge in COVID-19 cases in India, authorities in Delhi have reportedly ordered a luxury hotel to be transformed into a treatment center for the illness — but only for top judges and their families.

Officials announced Monday night that the local government had received a request from the Delhi High Court and had reserved 100 rooms at the Ashoka Hotel for the judges, the Express Tribune reported.

The local government said a top city hospital will run the facility for the exclusive use of the higher judiciary.

Jaiveer Shergill, a spokesman of the main opposition Congress party, blasted the decision, saying it flew in the face of the right to equality under the constitution.

“For sake of justice, integrity and faith in the judicial system, Delhi’s high Court must quash the order,” the lawyer said.

The interior of the Ashoka Hotel Delhi in India, where judges with COVID-19 requested to be placed.Trip Advisor

Neither the city government nor the Delhi high court registrar’s office responded to the news outlet’s request for comment.

Judges have not been listed as essential front-line workers in India, where most courts have been operating virtually, according to the report.

“The Delhi high court would do well to decline the Ashoka Hotel offer, or cancel it if they ordered it themselves,” Aakar Patel, former head of Amnesty International India, told the Express Tribune.

“We cannot have open discrimination practiced by those charged with preventing it,” he added.

A government source told the outlet that rooms have been kept aside anyway for top public figures, including senior judges, at Delhi’s premier state-run All India Institute for Medical Sciences.

News of the order benefiting judges comes amid a major surge in cases that has left hospitals suffering shortages of supplies — including oxygen — as patients wait in line to seek treatment.

Ashoka Hotel Delhi will be used for top judges and their families amid the COVID-19 surge in India.Wikimedia

“This virus has a country of 1.4 billion firmly in its stranglehold and it’s really exposed our threadbare health care system and our failure of leadership,” Dr. Zarir Udwadia, who works in Mumbai hospitals and consults for the government, told BBC Radio 4’s “Today” program.

With 17.6 million infections to date, the country is behind only the US in its total case tally — but experts believe the true number could be far higher.