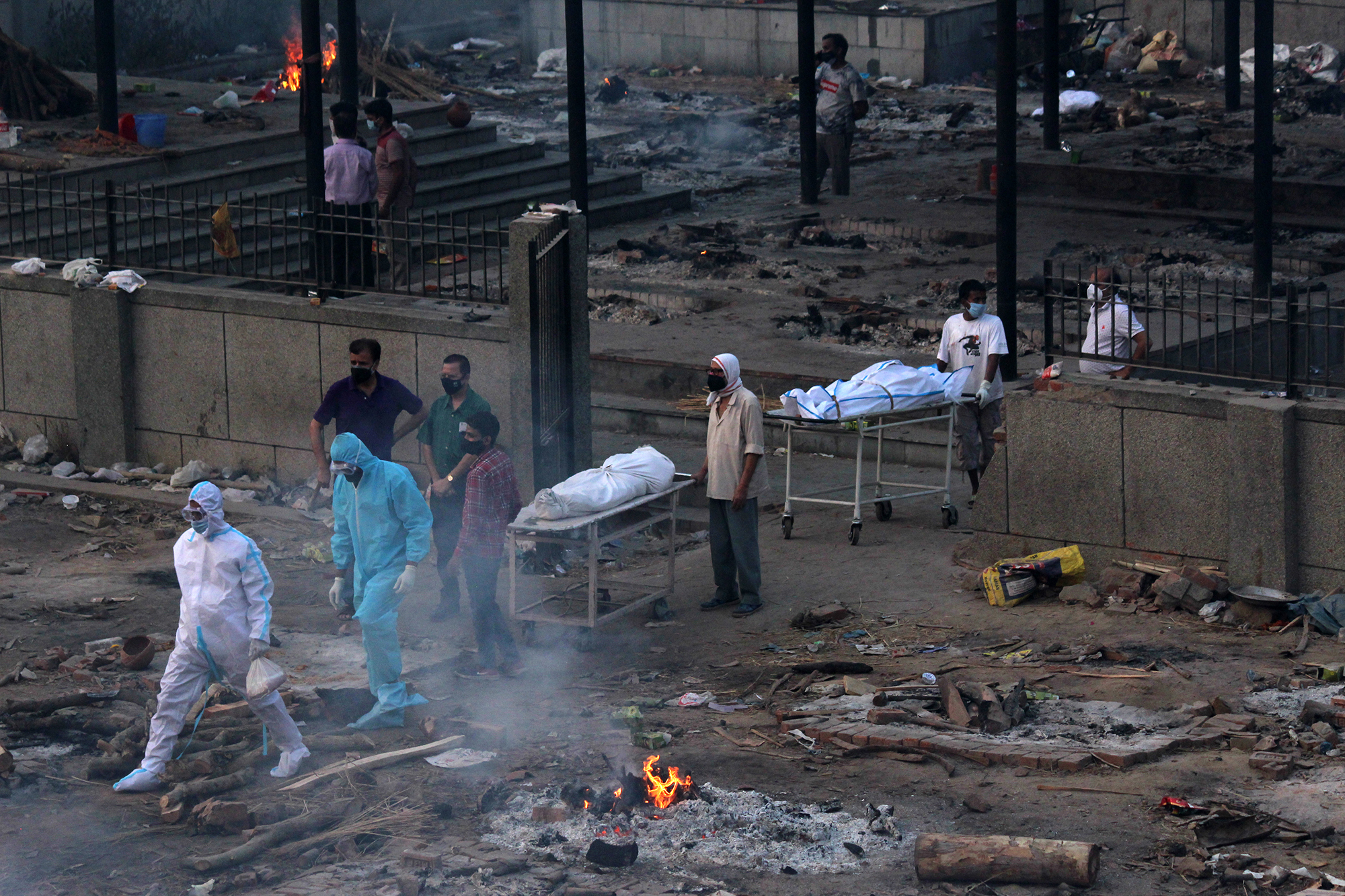 The record death count came as the country hit 392,488 new cases in the previous 24 hours, bringing its total to 19.56 million.

COVID-19 has killed at least 215,542 people with the latest outbreak overwhelming morgues and crematoriums.

But experts say the toll is likely an undercount, as coronavirus testing is limited.

The country has recorded more than 300,000 cases for 10 days, further straining its healthcare system.

People have been forced to line up at hospitals for treatment, while supply shortages have seen families scramble to secure oxygen for sick loves ones.

The government has been using the country’s air force and the navy to race oxygen tankers to the hardest-hit regions.

On Sunday, India reported 3,689 COVID-19 deaths, the highest single-day death toll since the start of the pandemic.Hindustan Times via Getty Images

In New Delhi, a dozen COVID-19 patients died Saturday after a hospital ran out of supply for 80 minutes.

A court in in the Indian capital said it would begin punishing government officials if supplies of oxygen allocated to hospitals were not delivered.

India recently opened vaccinations to all adults in hopes of taming the country’s massive outbreak.AFP via Getty Images

“Water has gone above the head. Enough is enough,” said the New Delhi High Court.

Nearly 10 Indian states and union territories have implemented some form of lockdown, though the country has been reluctant to impose such measures on the national level.

India’s COVID-19 task force has advised the federal government to order a lockdown, the Indian Express newspaper reported on Sunday.