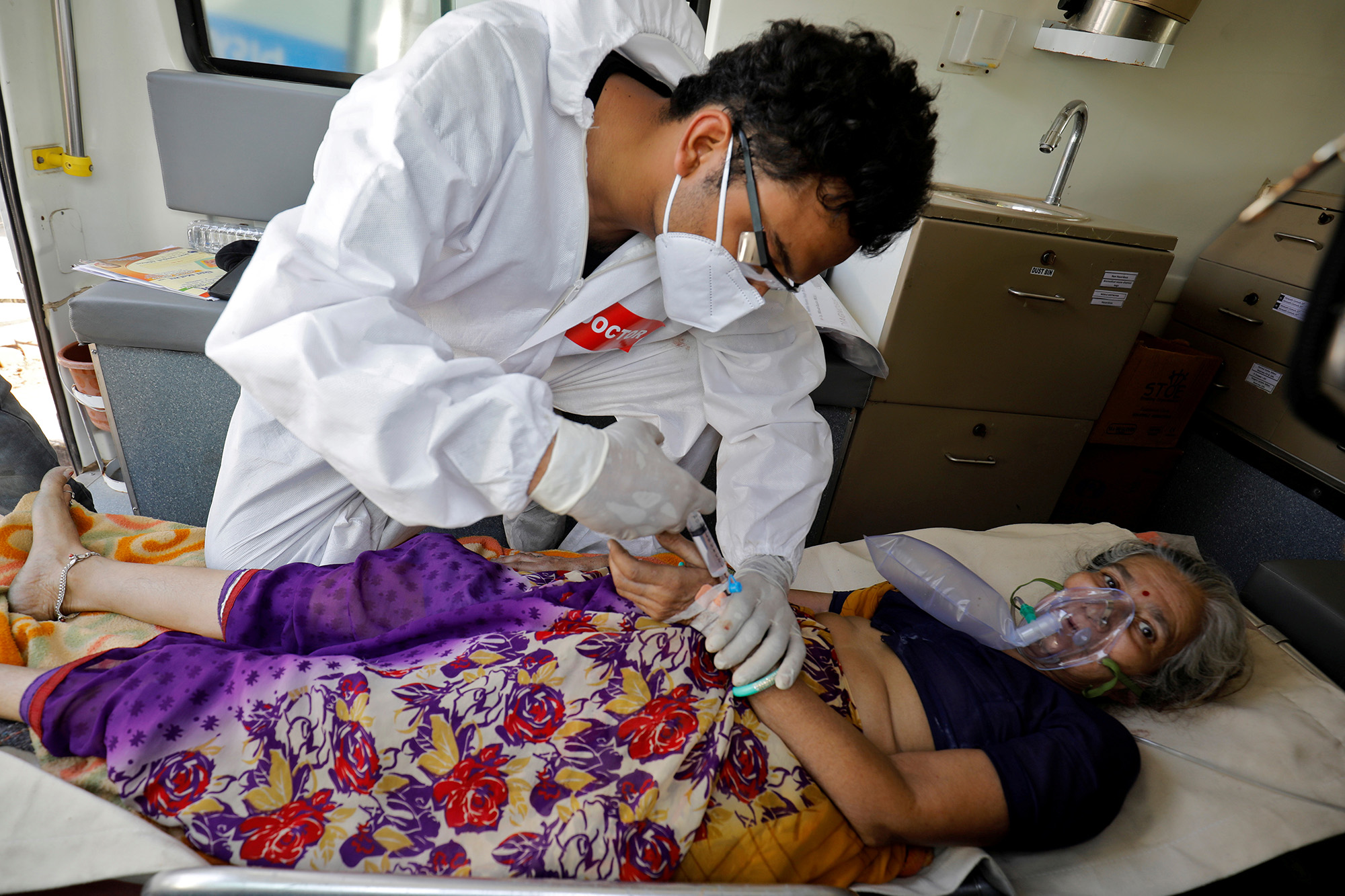 More than 17.3 million people have been infected in the country, second only to the United States — although experts believe the true figures are likely much higher.

The surge has bought India’s health care system to its knees, as horrifying reports emerge of the infected dying in the streets.

A man carrying wood walks past the funeral pyres of those who died from the coronavirus, ahead of a mass cremation in New Delhi, India, on April 26, 2021.REUTERS/Adnan Abidi

Emergency workers have run out of stretchers, hospitals are battling a critical oxygen shortage, and the chimneys of crematoriums have even melted from constant use.

A patient wearing an oxygen mask waits inside a car to enter a COVID-19 hospital in Ahmedabad, India.REUTERS/Amit Dave

Public parks have had to be converted to crematoriums to help handle the flood of corpses.

Experts attribute the eruption of infections to new, highly contagious COVID-19 variants, a shortage of medical supplies, and lax lockdowns.

Amid the surge of coronavirus cases throughout India, hospitals are battling a critical oxygen shortage.REUTERS/Amit Dave

Despite the devastation, Prime Minister Narendra Modi’s government has not imposed a national lockdown, instead leaving that decision up to cities and states.

A doctor tends to a patient with a breathing problem, inside an ambulance waiting to enter a COVID-19 hospital for treatment in Ahmedabad, India.REUTERS/Amit Dave

The highest number of daily new cases recorded in the United States was 313,000, recorded on Jan. 8, according to CDC data.

A mass cremation of those who died from the coronavirus takes place at a crematorium in New Delhi, India.REUTERS/Adnan Abidi

More than 32 million Americans have been infected in total, and more than 572,000 have died, according to Johns Hopkins University figures.