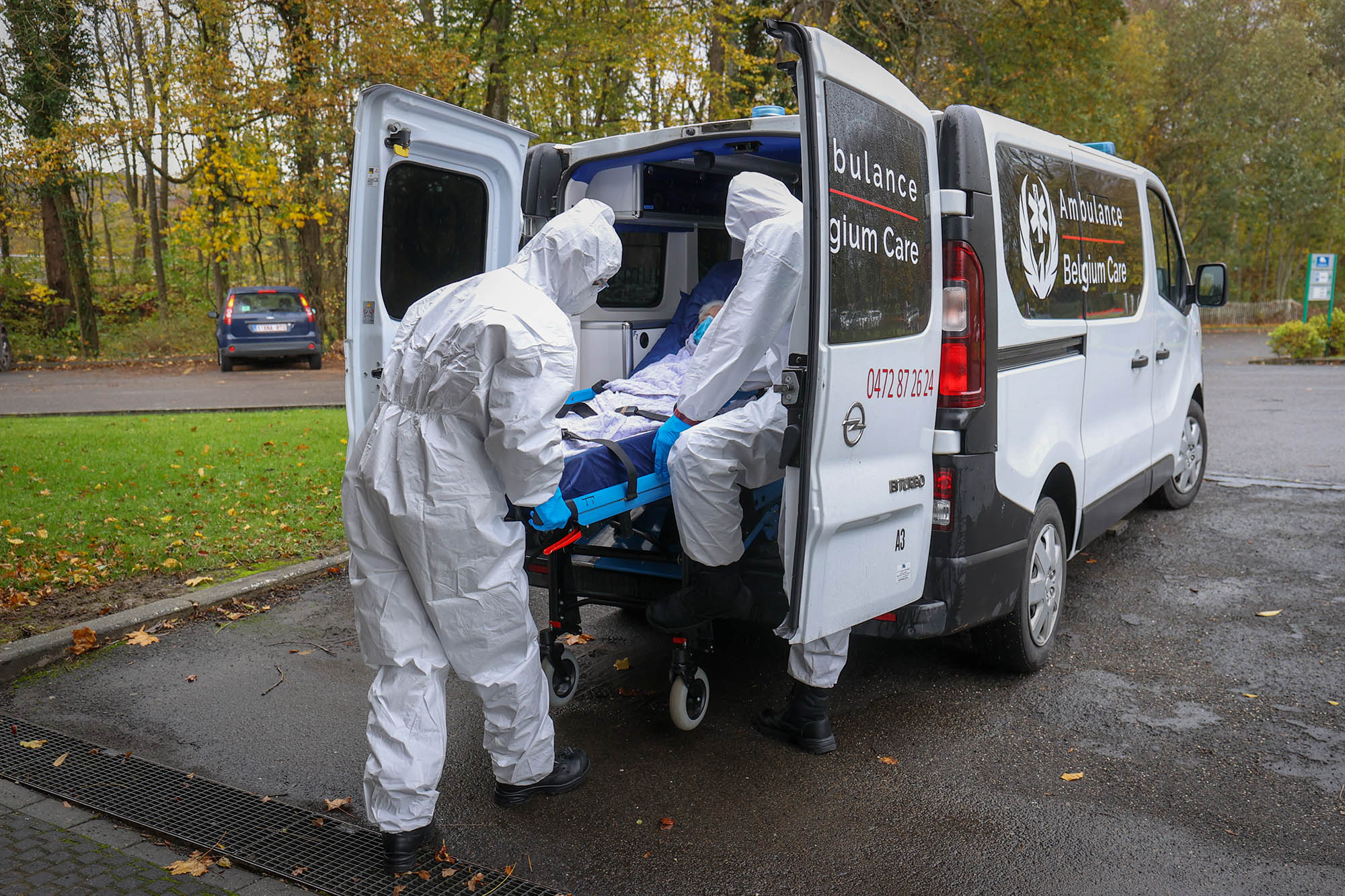 Health officials in two European nations are sounding the alarm as hospitals reach capacity amid a surge in coronavirus infections.

ICU beds at hospitals in Belgium’s capital have now all been filled, city health officials announced Tuesday, according to the Brussels Times.

“All intensive care units in Brussels are at their maximum capacity,” Inge Neven of the Brussels Health Inspectorate said. “This means that when new patients arrive, there should automatically be a transfer from Brussels to one of the other hospitals in Belgium, or abroad.”

Neven told CNN officials in Brussels have now asked hospitals to try to increase capacity in the number of ICU beds by 40 percent for both COVID-19 patients and those without the virus in ensuing days.

As of Monday, a record 1,302 patients were in ICU units across Belgium, breaking the previous high set during the first peak of the coronavirus crisis in early April when 1,285 people were tallied, CNN reported.

Belgium is also reporting 7,231 patients with COVID-19 nationwide, which again marks a record high, according to the report.

Hospitalizations in Switzerland have doubled within the past week, according to CNN, citing data from the Swiss Federal Office for Public Health.

Forty-five percent of the country’s ICU beds were full as of Tuesday, Massere said, adding that 6,126 new infections were recorded that day, CNN reported.

Meanwhile, in Sweden, officials have instituted a cap of eight people per table at restaurants and bars as Prime Minister Stefan Lofven said the fight against the virus continues to go in the “wrong direction,” BBC reported.

Sweden has tallied 5,969 coronavirus deaths as of Tuesday but has never instituted a national lockdown — unlike England, where a second monthlong quarantine is set to start Thursday.