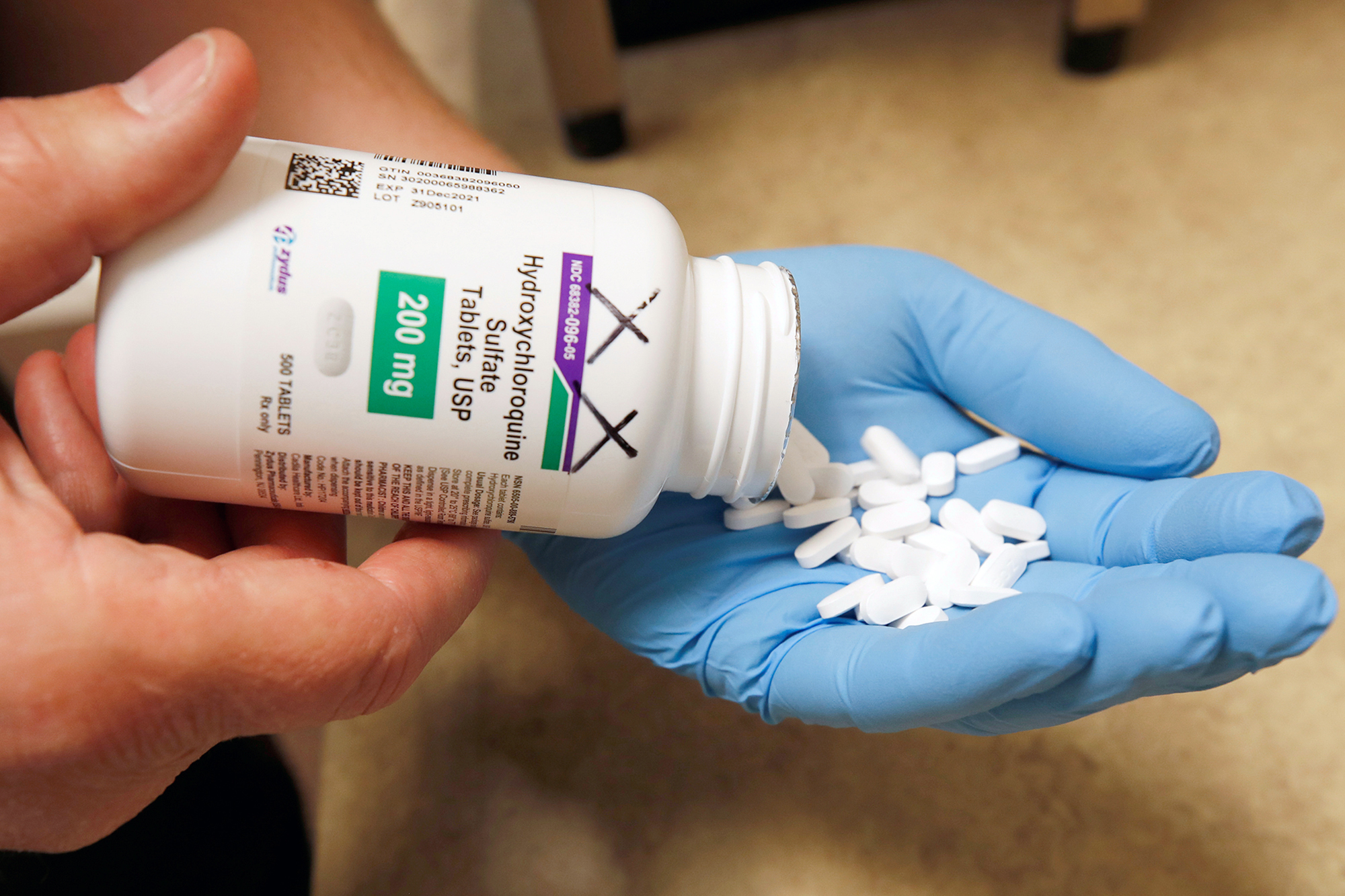 A new study has found that hydroxychloroquine — the anti-malaria drug President Trump took to ward off the coronavirus — doesn’t stop the spread of COVID-19 among health care workers.

In an examination of 132 full-time health care workers exposed to the virus between April 9 and July 13, researchers found that participants taking hydroxychloroquine fared no better than ones who were given a placebo, according to results published Wednesday in the journal JAMA Internal Medicine.

“There was no significant difference in infection rates in participants randomized to receive hydroxychloroquine compared with placebo,” the researchers from the University of Pennsylvania wrote.

“As such, we cannot recommend the routine use of hydroxychloroquine among [health care workers] to prevent COVID-19.”

During the study, which took place at two undisclosed urban hospitals, roughly half of the participants were given 600 mg doses of hydroxychloroquine per day for eight weeks, while the others were given a placebo.

Of the 64 participants who took the drug, researchers found that four ended up testing positive for COVID-19 — the same number of people who tested positive out of the 61 workers who didn’t take it.

Of the eight participants who contracted the virus, six developed viral symptoms, none were hospitalized and all recovered from the illness, according to the study.

In May, Trump announced that he had been taking the hydroxychloroquine to ward off the coronavirus for weeks, saying, “You’d be surprised at how many people are taking it, especially the frontline workers before you catch it.”