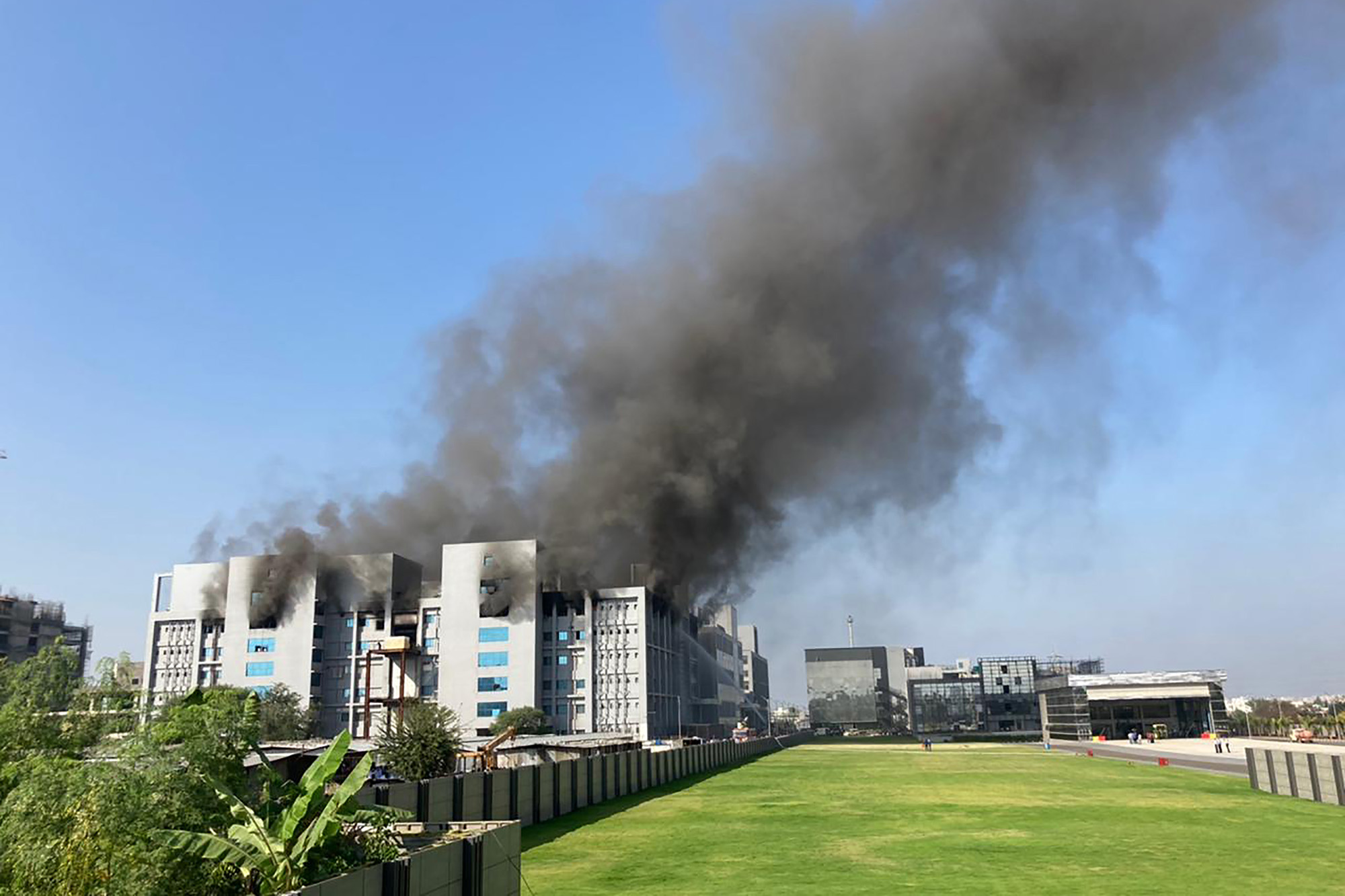 Smoke rises from the Serum Institute, the manufacturer that is making the AstraZeneca/Oxford University COVID-19 vaccine, in Prune, India, on Jan. 21, 2021.
Rafiq Maqbool/AP

A large fire broke out Thursday inside the sprawling complex of the Serum Institute of India, the world’s biggest vaccine manufacturer.

Images from Reuters partner ANI showed smoke billowing out of a building in SII’s massive complex in the western city of Pune, in southern Maharashtra state.

“Thank you everyone for your concern and prayers,” SII CEO Adar Poonawalla said on Twitter. “So far the most important thing is that there have been no lives lost or major injuries due to the fire, despite a few floors being destroyed.”

He added in a later tweet: “I would like to reassure all governments & the public that there would be no loss of #COVISHIELD production due to multiple production buildings that I had kept in reserve to deal with such contingencies at @SerumInstIndia.”

Employees leave as smoke rises from a fire at Serum Institute of India, the world’s largest vaccine maker, on Jan. 21, 2021.Rafiq Maqbool/AP

The firm is producing about 50 million doses of a vaccine developed by Oxford University and AstraZeneca a month at other facilities in the complex.

Officials said at least five firetrucks had been sent to fight the blaze at the building, which a source described to Reuters as an “under-construction vaccine plant.”

No injuries were reported and there was no immediate word on the cause of the fire.

The Serum Institute of India makes about 50 million doses of a COVID-19 vaccine developed by Oxford University and AstraZeneca a month.Rafiq Maqbool/AP

Of the more than 12 billion doses expected to be produced this year, rich countries have already bought about 9 billion, and many have options to buy even more.