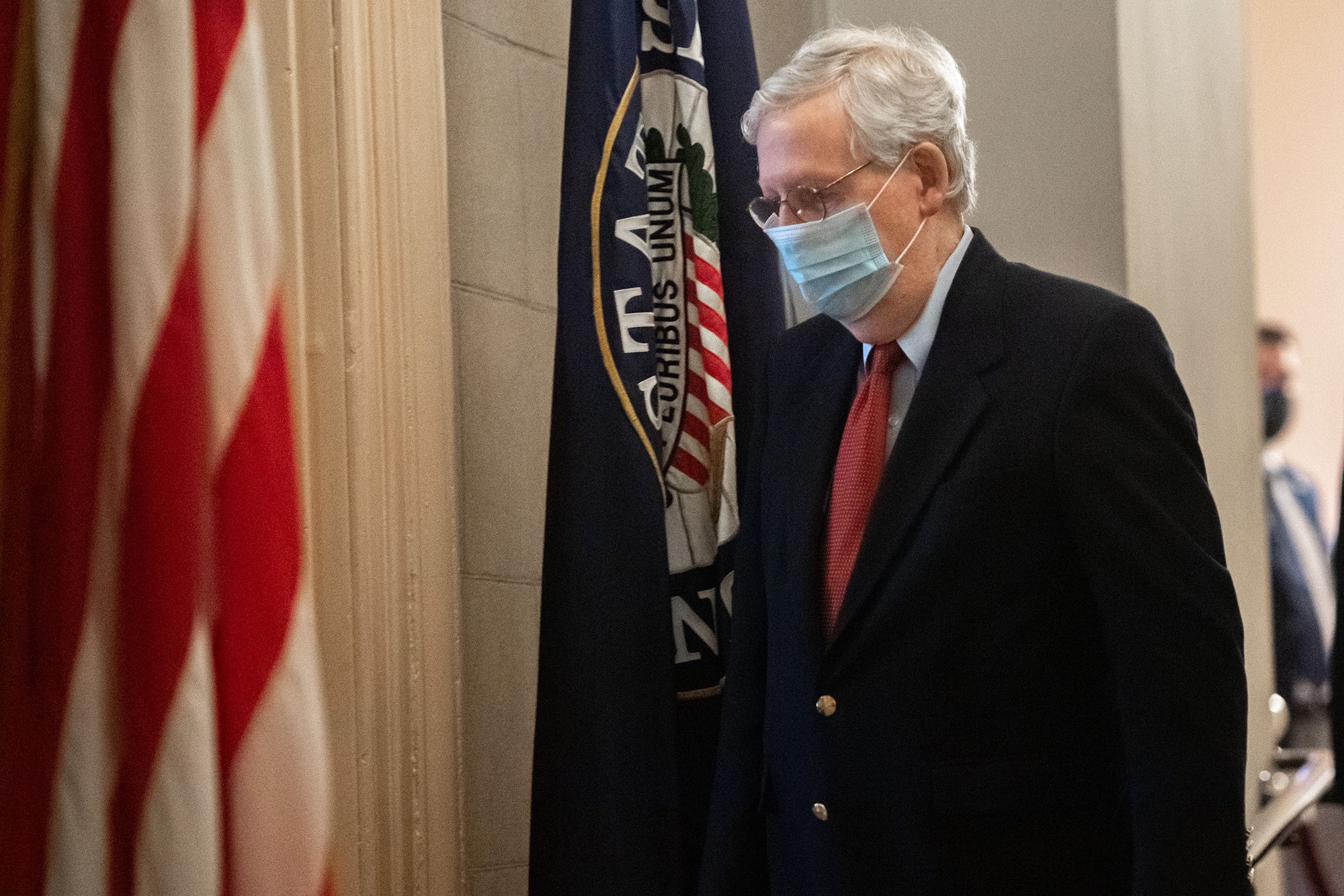 WASHINGTON — Congress was on the brink of shutdown on Friday evening as lawmakers, unable to agree on a desperately needed next wave of COVID-19 relief, voted for a two-day funding extension.

The House passed the temporary funding bill by a 320-60 vote as frustrated lawmakers headed for a weekend session. Senate action wasn’t guaranteed but appeared likely before the midnight deadline.

It would then be put on President Trump’s desk to be signed into law.

After months of fruitless negotiations, optimistic party leaders earlier in the day said they believed they were “very close” to passing the aid bill, which includes a $300 per week federal boost to unemployment and more small business loans.

Senate Majority Leader Mitch McConnell (R-Ky.) said early in the day he was “even more optimistic now than I was last night,” but Democrats launched a concerted campaign to block an effort by GOP Sen. Pat Toomey of Pennsylvania to insert language to end five emergency Federal Reserve lending programs created in the March CARES Act.

Treasury Secretary Steven Mnuchin is shutting down the programs at the end of December, but Toomey’s language goes further, by barring the Fed from restarting the lending next year, and Democrats say the provision would tie Biden’s hands and put the economy at risk.

Sen. Ron Johnson of Wisconsin also blocked an effort from his fellow Republican Sen. Josh Hawley of Missouri to deliver $1,200 checks to individuals — a measure both he and socialist Democrat Sen. Bernie Sanders have been pushing.

Citing deficit concerns, Johnson said the checks would be “mortgaging our children’s future.”

Lawmakers had been hoping to tack the funding package onto the $1.4 trillion government spending bill before funding lapses at 12:01 a.m. Saturday.

House Speaker Nancy Pelosi and McConnell reportedly instructed their staff to come to a final agreement by 5 pm after more than nine months of inaction.

As the death toll continues to reach new daily records and the holiday season approaches, Congress has just days to come to an agreement on how much should be spent on key sticking points like direct stimulus checks and money for broke state and local governments.

An estimated 12 million people will lose their unemployment insurance the day after Christmas if Congress fails to extend provisions from the March CARES Act that expanded benefits.

Millions will also face the threat of losing their homes if a federal eviction moratorium lapses at the end of the month.