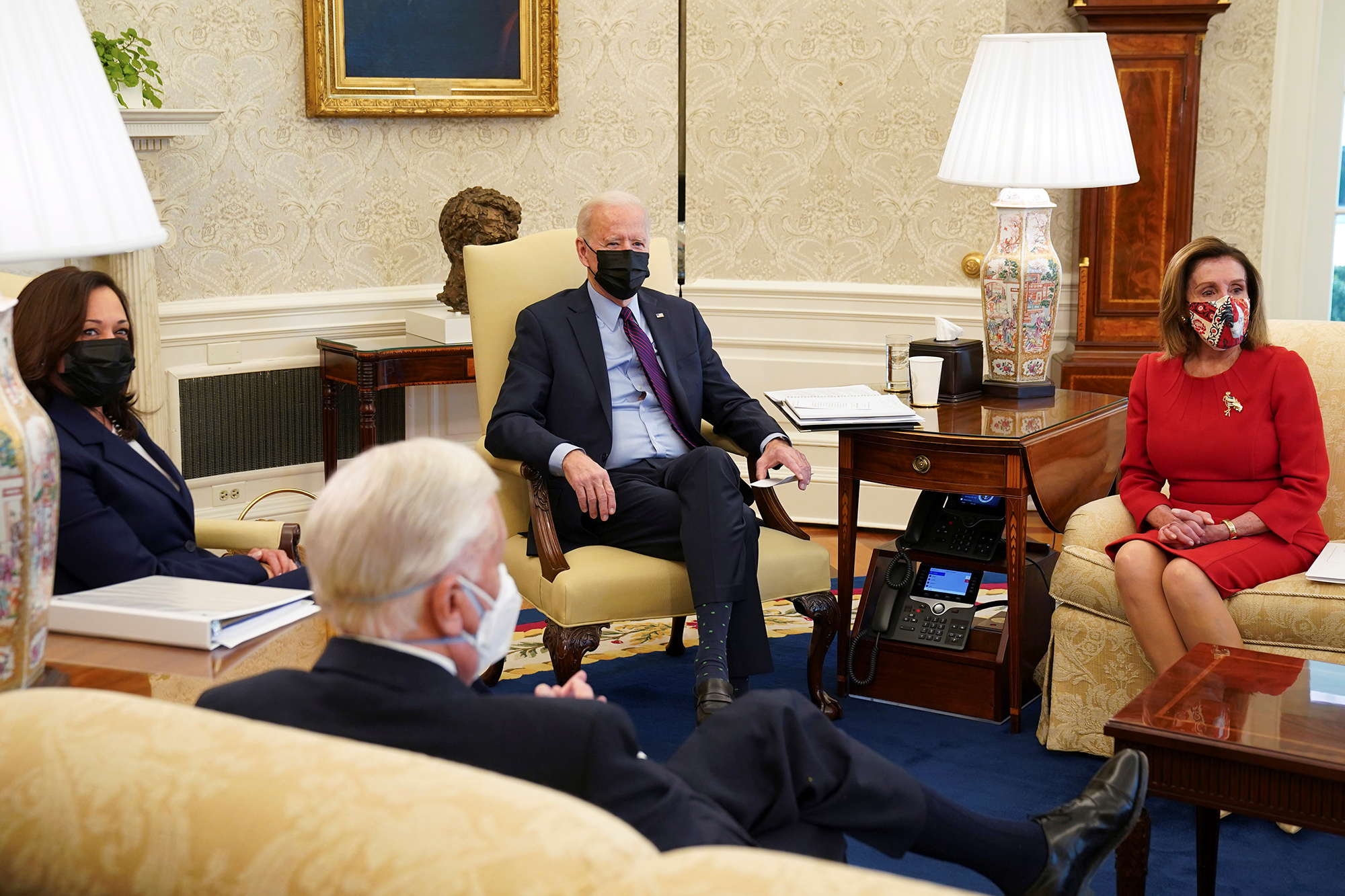 President Biden on Friday hosted House Democratic leaders at the White House to discuss COVID-19 stimulus legislation being rammed through Congress under a budget reconciliation process without a deal with Republicans.

The gathering followed a “vote-a-rama” Thursday in the Senate that cleared way for legislation modeled after Biden’s $1.9 trillion relief plan.

“I appreciate you all coming over because … and the urgency with which you are moving,” Biden said as he hosted House Speaker Nancy Pelosi (D-Calif.) and House committee leaders.

“It’s about people lives… They are really hurting. Just look at all the number of people who are needing and seeking mental health help… Suicide’s up,” Biden said.

“We can’t do too much here but we can do too little.”

House and Senate committees are drafting the legislation, which still must pass the chambers by majority votes before reaching Biden’s desk. The budget reconciliation process allows the Senate to avoid the usual 60 vote super majority for bills.

Pelosi said in a Friday letter to colleagues that the House hopes to “finish our work before the end of February.”

The Senate amendment votes on Thursday provide instructions to committees writing the bill but introduce new uncertainty to the legislation.

The Senate avoided a showdown on one contentious proposal on raising the national minimum wage to $15 per hour, which now may not be included in the final package.

The package is expected to provide $1,400 stimulus checks to most Americans. The Senate voted to revise eligibility to exclude 1.4 million US citizens and permanent residents who are married to illegal immigrants and file taxes jointly.

Republicans largely object to the Democratic relief plan, saying relief should be more targeted and that the focus should be on ending the pandemic with vaccines and returning people to work.

A group of 10 Republican senators met with Biden on Monday to propose a smaller relief package, but no consensus was reached and Democratic leaders on Capitol Hill moved forward with the reconciliation process with Biden’s support.

The White House argues that the bill can still be considered bipartisan due to public support from some Republican voters.