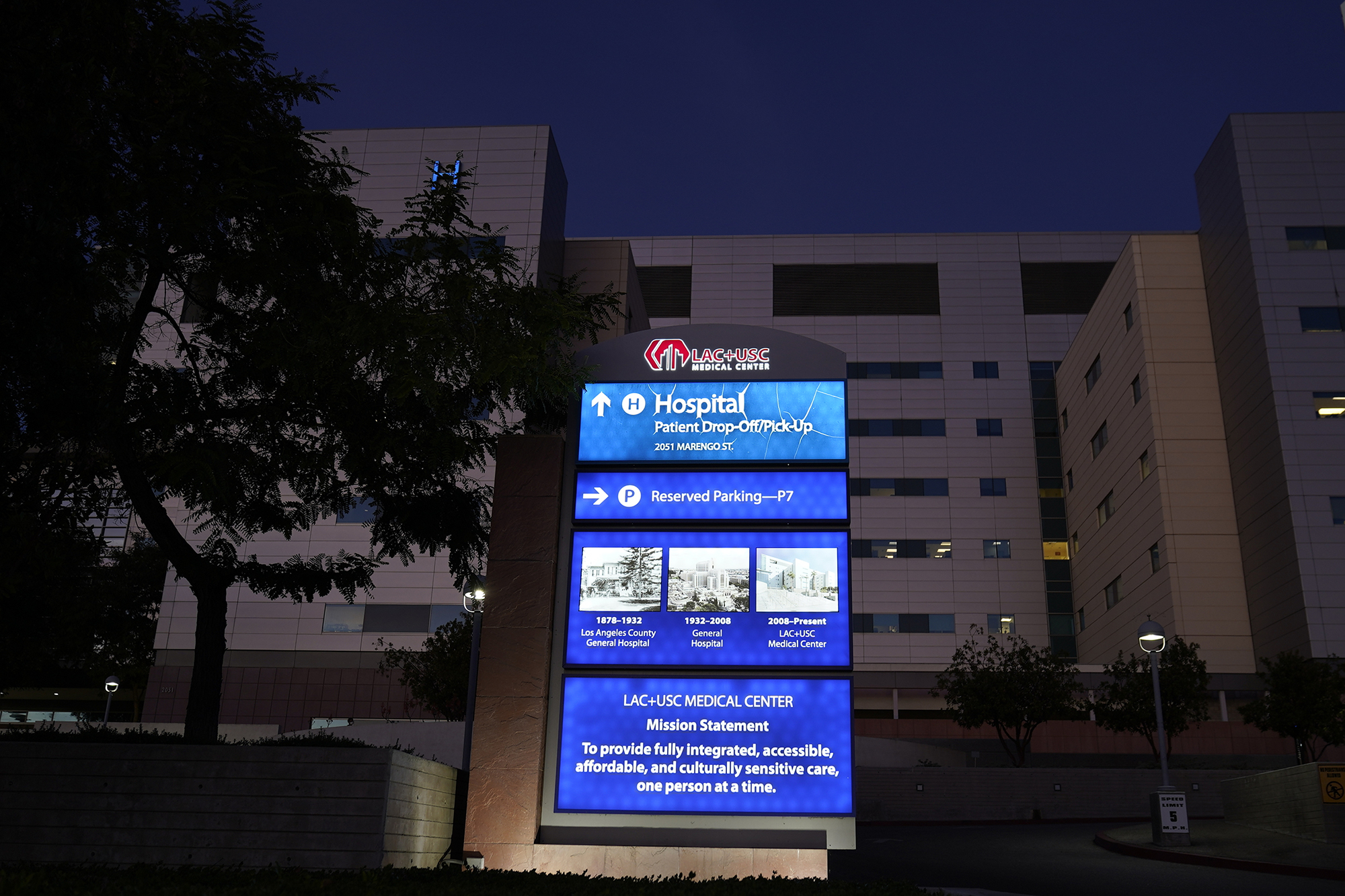 LOS ANGELES — Hospitals in Los Angeles County are reporting a surge in COVID-19 patients and some have been forced to temporarily cease ambulance arrivals and use gift shops as makeshift treatment rooms, a report Tuesday said.

The Los Angeles Times reported one person died from the virus every 10 minutes in the county on Christmas Eve.

Dr. Christina Ghaly, the health services director for LA County, told the paper that the worst is “almost certainly yet to come” due to the expected post-Christmas surge on top of the surge.

The paper reported that on Sunday, 94 percent of the hospitals in the county that receive patients in ambulances were forced to divert some due to spacing issues and some patients didn’t leave ambulances for up to eight hours so they could be treated inside the vehicle.

“When you walk into the ICU and you see every bed occupied by a ventilated COVID patient, with tubes coming in all orifices of their body, you begin to understand that we are not dealing with what we were dealing with 10 months ago,” Dr. Brad Spellberg, the chief medical officer at Los Angeles County-USC Medical Center, told the paper.

Models used for planning show hospitalizations more than doubling in the next month from about 20,000 to more than 50,000. Los Angeles County, which accounts for a quarter of the state’s 10 million residents, has about 40 percent of the state’s 24,000 deaths.

The county is approaching a milestone of 10,000 deaths.

“These are figures that can’t be normalized,” County Supervisor Hilda Solis said. “Just like the sound of ambulance sirens, we can’t tune this out.”