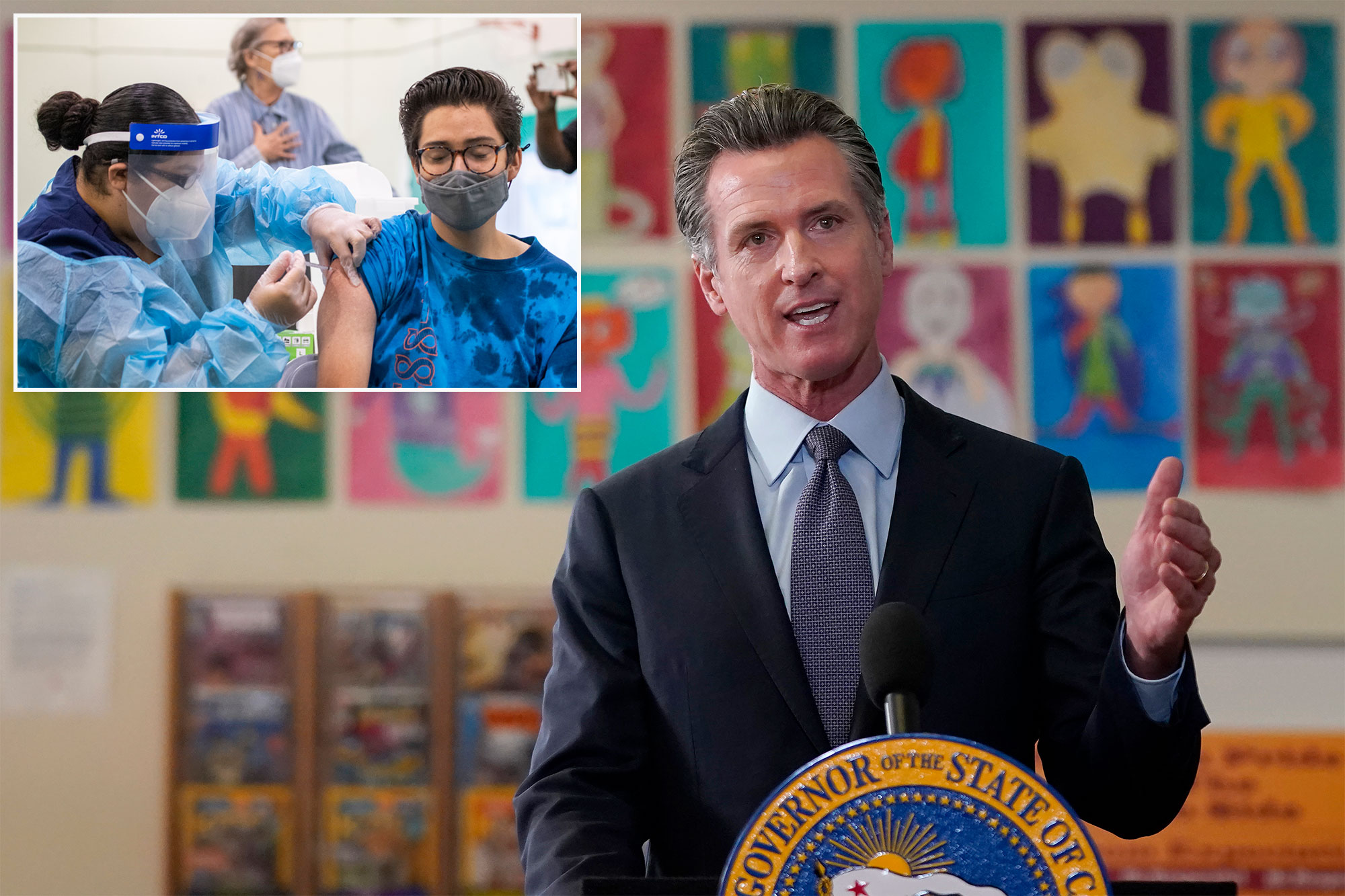 California Gov. Gavin Newsom issued a mandate Friday requiring all eligible public-school students to be vaccinated against COVID-19 in order to attend in-person classes — the first statewide order of its kind in the nation, according to a report.

The requirement is set to take effect for students in seventh through 12th grades as soon as January, after the Food and Drug Administration grants the vaccine full approval for kids over age 12, the governor’s office said, according to the LA Times.

Children in kindergarten through sixth grades would then be phased in after the vaccine is fully federally approved for the younger age group, according to the newspaper.

When the order goes into effect, unvaccinated students won’t be allowed to attend in-person classes but can enroll in online school,  attend independent-study programs or be homeschooled.

“There’s still a struggle to get to where we need to be,” Newsom said Friday of the fight to end the pandemic. “And that means we need to do more, and we need to do better.”

Nearly 4.5 million cases of COVID-19 have been reported in California, including 68,796 deaths — more than any other state in the country — since the beginning of the coronavirus crisis, according to health officials.

As of Friday, the Golden State had a daily average of 6,355 infections and 103 deaths. By comparison, New York reported 4,744 new cases and 38 deaths

Gavin Newsom plans to have the new mandate take effect in January of 2022.Justin Sullivan/Getty Images

It will be up to specific California school districts to enforce the new mandate, much like how existing requirements for vaccines such as chickenpox, tetanus, and measles are handled.

Medical and religious exemptions would be available.

“This is just another vaccine,” Newsom said, adding that the COVID-19 jab will join “a well-established list that currently includes 10 vaccines” widely accepted as a requirement to attend public school nationally.

According to government officials, children who are still unvaccinated can enroll in online school, attend independent-study programs or be homeschooled.Allen J. Schaben / Los Angeles Times/Polaris

While some school districts have set COVID-19 vaccine mandates, California is the first state to order all students in kindergarten through 12th grade to get the shots as the immunizations are approved for younger age groups.

Currently, students 16 and older have been eligible for the two-dose Pfizer-BioNTech COVID-19 vaccine, which was granted full approval by the FDA in August.

The vaccine was approved for emergency use for kids ages 12 to 15 in May, and full approval is expected by November.

Pfizer is also expected to apply for emergency authorization for kids ages 5 through 11 in coming weeks, making the shots available to younger kids as soon as Thanksgiving.