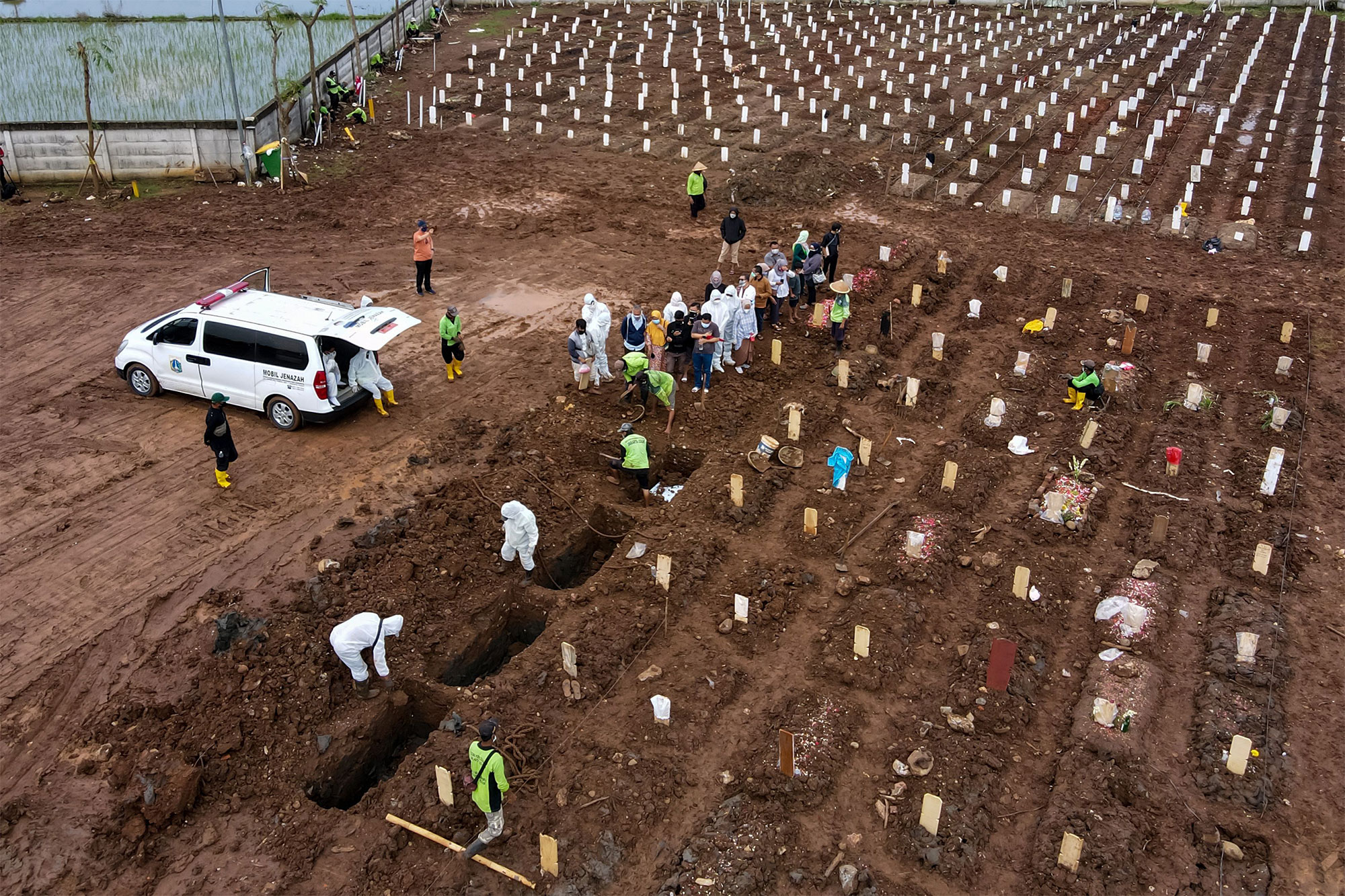 The worldwide COVID-19 death toll topped 4 million on Wednesday as the advent of the vaccine has eased the crisis — but the highly contagious delta variant has presented new challenges.

Since the rollout of the vaccine, deaths per day dropped to roughly 7,900 from a high of over 18,000 a day in January.

But the vaccination drive has been uneven across the globe — with wealthy counties like the US having ample supply while the poorest corners of the world are facing shortages.

The disparity, coupled with the mutant delta version of the virus, has set alarms around the world.

The delta variant, first identified in India, is even spreading rapidly in regions with high vaccination rates, including the US, Britain and Israel.

Just this week, Britain reported 30,000 daily new infections for the first time since January, but government lockdowns are still expected to be lifted later this month.

Temple workers wear protective suits in order to carry the coffin of a COVID-19 victim to a crematorium during a cremation rite of a funeral ceremony in Thailand. NurPhoto via Getty Images

Of the global COVID-19 deaths, the US has the most with over 600,000. Brazil has the second highest with more than 520,000 deaths — though it’s believed the country has underreported the true total.