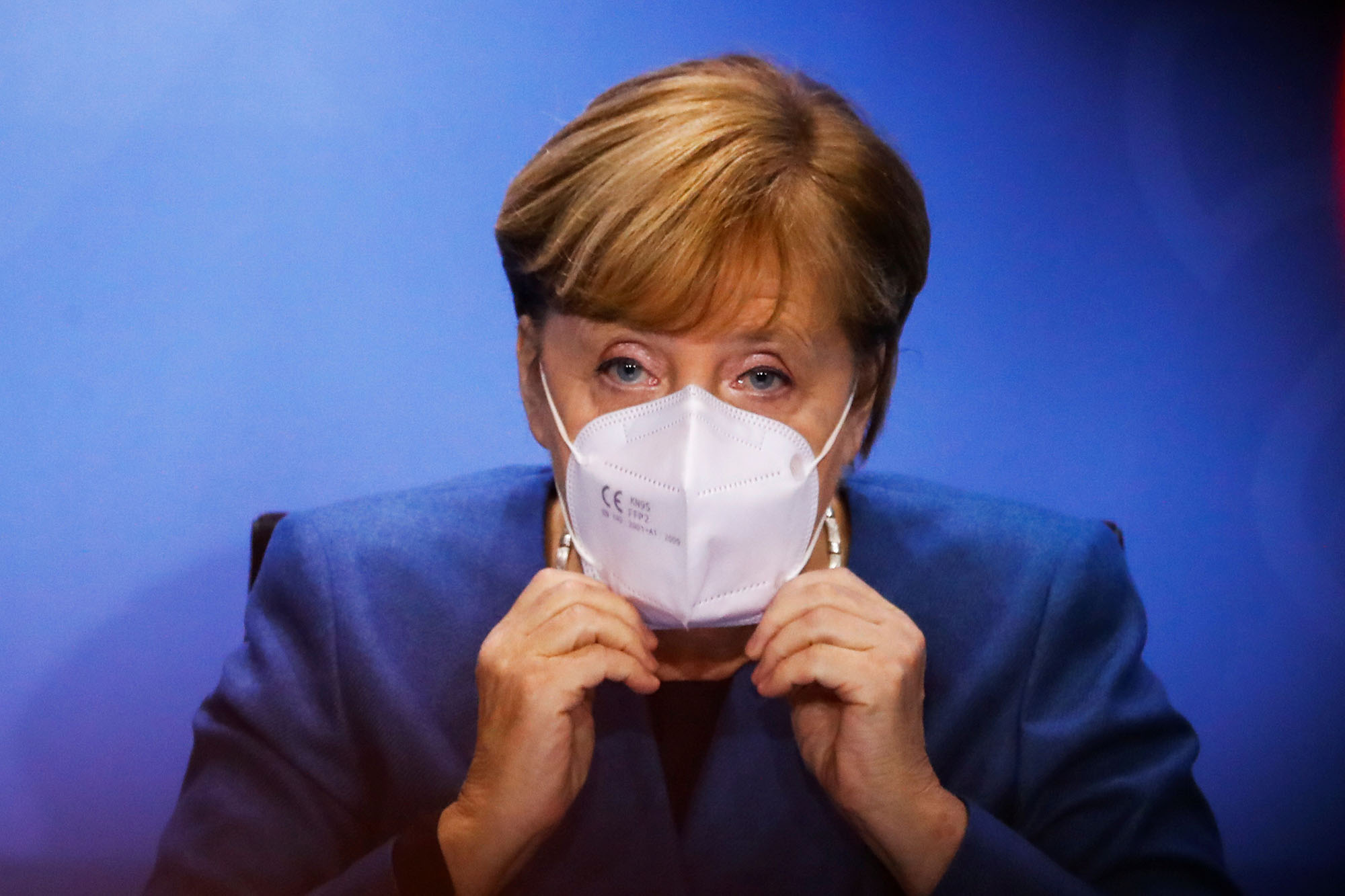 Germany will be plunged back into lockdown with restaurants, bars and theaters closed for a month to stop the rapid spread of COVID-19, officials announced Wednesday.

“We must act, and now, to avoid an acute national health emergency,” Merkel said in a videoconference.

Unlike Germany’s first lockdown in March, shops and schools will be allowed to remain open, and restaurants can sell take-out food. But Merkel urged people not to make unnecessary trips and said hotels won’t be able to host tourists.

The shutdown, which ends November 30, came just hours after a record-high number of daily coronavirus infections were reported in the country — raising the national infection total to 449,275, according to Germany’s disease control agency.

“We can say that our health system can cope with the challenge today,” Merkel said. “But if the pace of infections continues like this, then we’ll reach the limits of what the health system can manage within weeks.”

Germany, which is home to 83 million people, has previously fared better than many European countries over the course of the pandemic.

Overall, Europe has been hit with more than 250,000 virus-related deaths since the beginning of the outbreak, according to Johns Hopkins University.