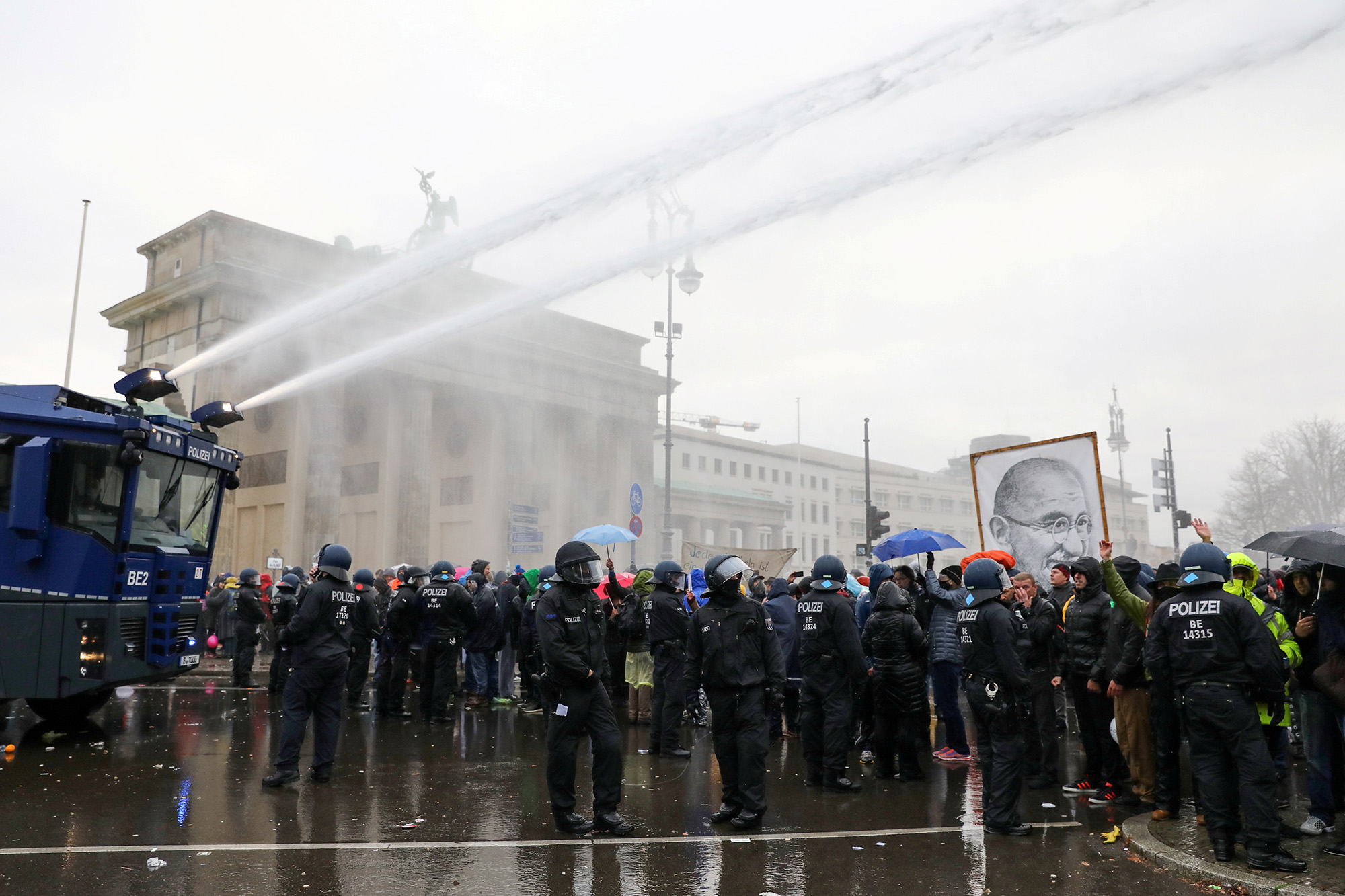 BERLIN – German intelligence agents have placed under observation a group of protesters against coronavirus restrictions, citing the influence of radicals including far-right Nazi admirers.

The domestic intelligence service in the southwestern Baden-Wuerttemberg region put the “Querdenken 711” group on a watch-list due to its increasing radicalisation, the state’s interior ministry said on Wednesday.

“Querdenken 711” was founded early in the pandemic by IT entrepreneur Michael Ballweg in the affluent city of Stuttgart and helped begin a nationwide movement.

Its name loosely translates as thinking out of the box, while 0711 is the telephone area code. Members range from left to right to esoteric on the political spectrum, united by their opposition to COVID-19 regulations.

“Legitimate protest against coronavirus restrictions is increasingly making way for a general hate against state and politics,” Baden-Wuerttemberg’s Interior Minister Thomas Strobl said, without specifying how many people were being observed.

Strobl accused the movement of spreading false claims to incite hate against the state, making “absurd comparisons” with the Nazis and downplaying the Holocaust.

State intelligence chief Beate Bube said several leaders of the network were part of the far-right “Reichsbuerger” (Reich Citizens). That movement rejects the modern German state and proclaims the continued existence of the former “Deutsche Reich” proclaimed by the Nazis until their defeat in World War Two.

“Querdenken 711” representatives could not be immediately reached for reaction, but have in the past rejected accusations of extremism.

Although most Germans accept the latest curbs on a second wave of the pandemic, critics say the measures endanger civil rights. Germany reported a record number of 590 COVID-19 deaths on Wednesday, taking total fatalities to 19,932.