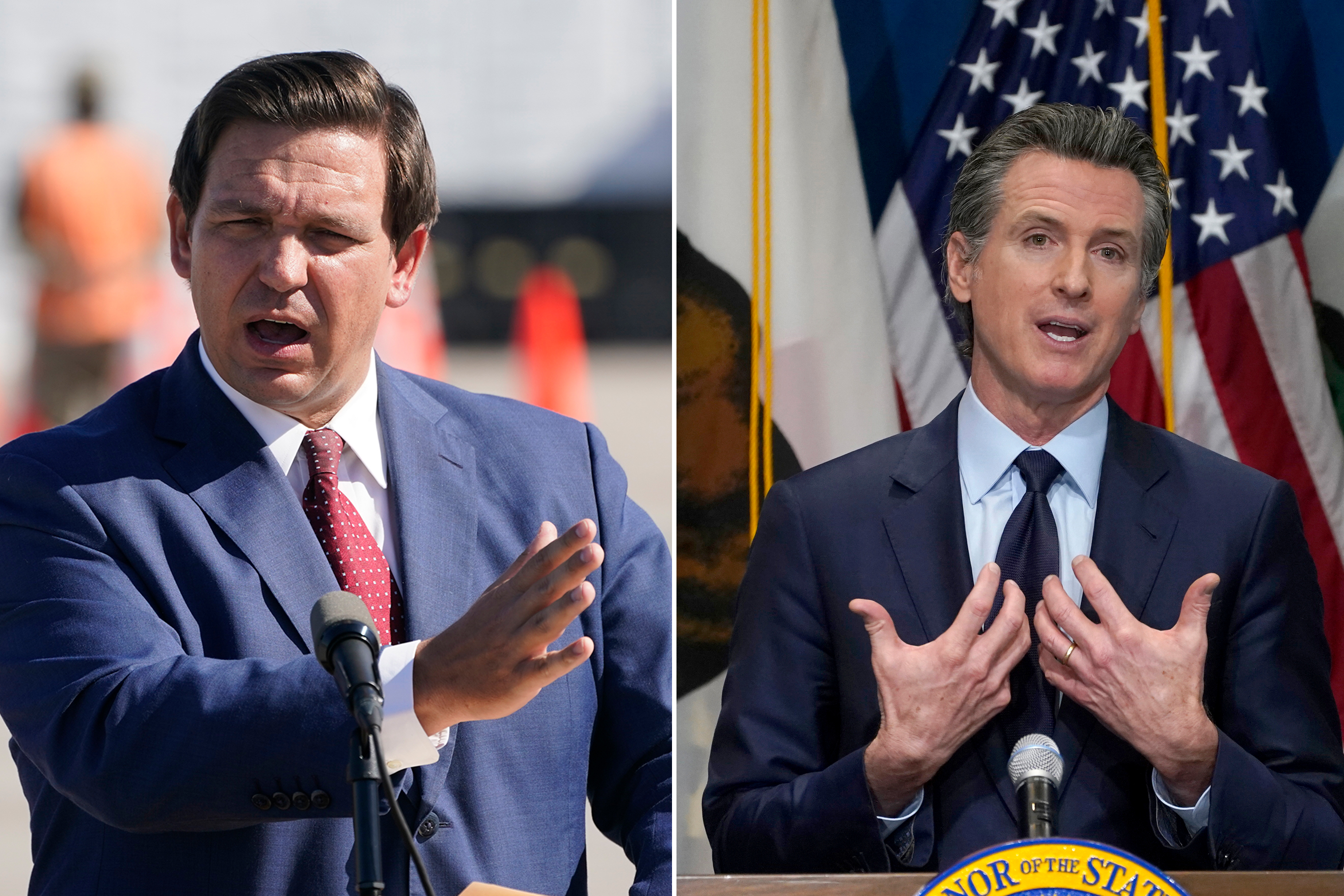 Florida and California have taken dramatically different approaches to tackle the spread of coronavirus — but both states have seen key metrics improve in recent weeks.

The order, which was lifted Jan. 25, went as far as to ban outdoor dining, beauty services and religious services.

In the Sunshine State, on the other hand, steps were taken to ensure that businesses were kept open.

Gov. Ron DeSantis in September prevented local municipalities from implementing restrictions that would force restaurants and bars to operate at less than half-capacity.

He also signed an executive order that prevented businesses from facing fines for defying COVID-19-related orders.

DeSantis on Sunday argued that the state was “focused on lifting people up” while “lockdown states” are “putting people out of business.”

“There’s a whole bunch of things we’ve been doing for COVID, but at the same time, we’ve lifted our state up, we’ve saved our economy and I think we’re going to be first out of the gate once we are able to put COVID behind the country,” he told Maria Bartiromo on “Sunday Morning Futures.”

But despite the two states’ varying approaches this winter, they have yielded similar results.

Both states grappled with a surge in cases around Jan. 1, with the number of infections trending downwards a few weeks later.

They’re now both seeing an average of between 200 and 400 cases per million people, and have each reported declines over the last several days, according to the COVID Tracking Project.

Similarly with hospitalizations, the two states have also seen improvement.

Now, the Golden State is recording 24 hospitalizations per 100,000 people, while Florida is reporting about 22, data shows.

California is currently leading the nation in the total number of cases, but it has nearly twice the number of residents of Florida.

When the cases are adjusted for population, their total case tally is about the same.