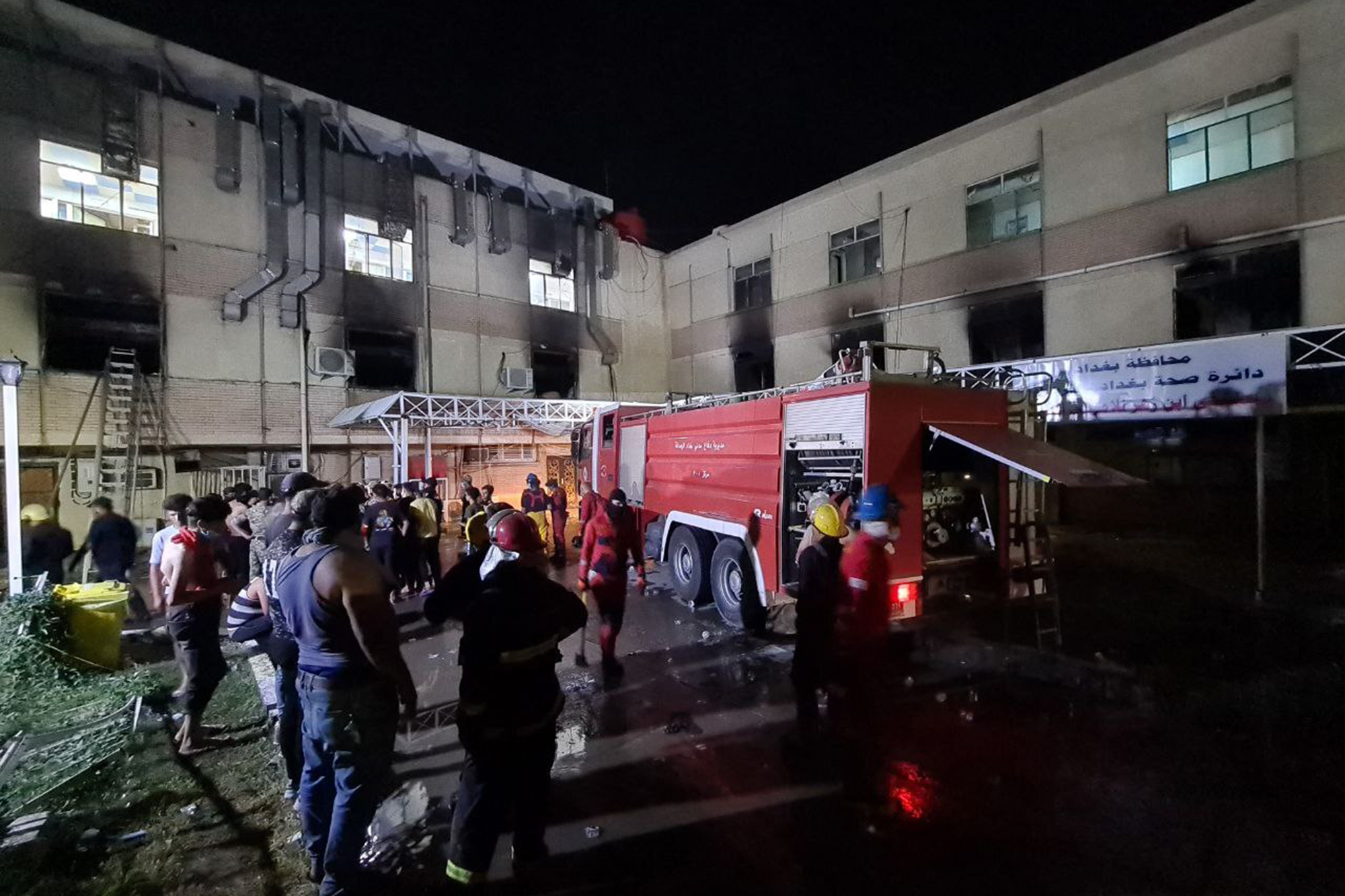 BAGHDAD — A fire broke out in a Baghdad hospital that cares for coronavirus patients after oxygen cylinders reportedly exploded late Saturday, officials said. There were initial reports of 15 people dead.

Firefighters rushed to put out the flames and clear out patients at the Ibn al-Khatib hospital, which provides care for severe coronavirus patients in its intensive care unit.

“I don’t know how many victims there are, there are so many burned bodies all over the place,” said Dr. Sabah al-Kuzaie, present at the scene.

Initial reports showed at least 36 people wounded in addition to the 15 dead, according to medical and security officials. The officials spoke on condition of anonymity in line with regulations. Iraqi authorities have not released to an official casualty count.

The hospital has specialized in taking care of patients infected with COVID-19.Murtadha Al-Sudani/Anadolu Agency via Getty Images

Iraq is in the midst of a severe COVID-19 wave. Daily coronavirus rates now average above 8,000 new cases, the highest since the pandemic broke out in the country last year. The government is urging the public to get vaccinated, but demand has been low due to widespread mistrust of the health care system and the vaccines in particular.

While there has not been an official number of casualties released, early reports indicate at least 15 died.Murtadha Al-Sudani/Anadolu Agency via Getty Images