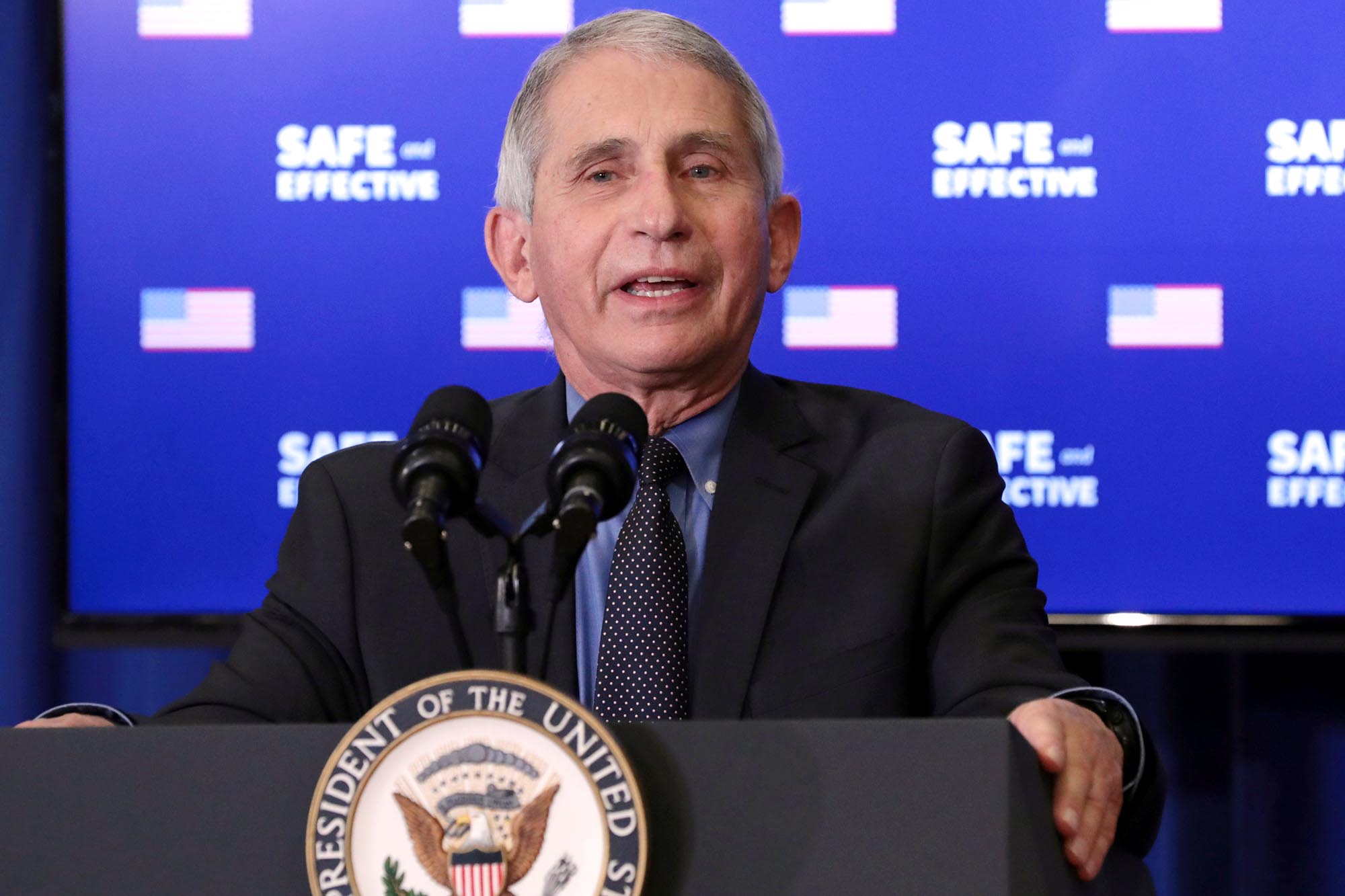 Dr. Anthony Fauci on Sunday defended raising the bar on his projections about herd immunity for COVID-19 — insisting that he’s only been offering “estimates” all along.

“We have to realize that we have to be humble and realize what we don’t know. These are pure estimates,” Fauci told CNN anchor Dana Bash on “State of the Union.”

Fauci in an interview with the New York Times last week predicted that as many as 90 percent of Americans need to be vaccinated or infected to achieve herd immunity.

Citing polling about COVID-19 vaccines, Fauci suggested that he went public with the new projections, in part, because the country was finally ready to hear it, according to the paper.

But asked Sunday why he “wasn’t straight with the American public to begin with,” Fauci denied that he had been sugarcoating his predictions.

“No actually, Dana, I don’t think it can be interpreted as being straight or not,” the director of the National Institute of Allergy and Infectious Diseases said.

In the interview Sunday, he said he now predicts that the range is somewhere between 75 and 85 percent of the population.

He noted that he had factored into the new calculation what experts know about the measles, which he believes is more contagious than coronavirus.

“When you get below 90 percent of the population vaccinated threshold with measles, you start seeing a breakthrough against the herd immunity,” he said.

“So I made a calculation that COVID-19 is not nearly as transmissible as measles… I would imagine that you would need something that you need something less than the 90 percent — that’s where I got to the 85,” he continued.

But when pressed on whether he was “basing his recommendation on polling and what people could accept,” Fauci acknowledged that it was a “bit of that.”

“I want to encourage the people of the United States and globally to get vaccinated and as many [people] as we possibly get vaccinated, we’ll get closer to herd immunity. The bottom line is it’s a guesstimate. I gave a range,” Fauci said.