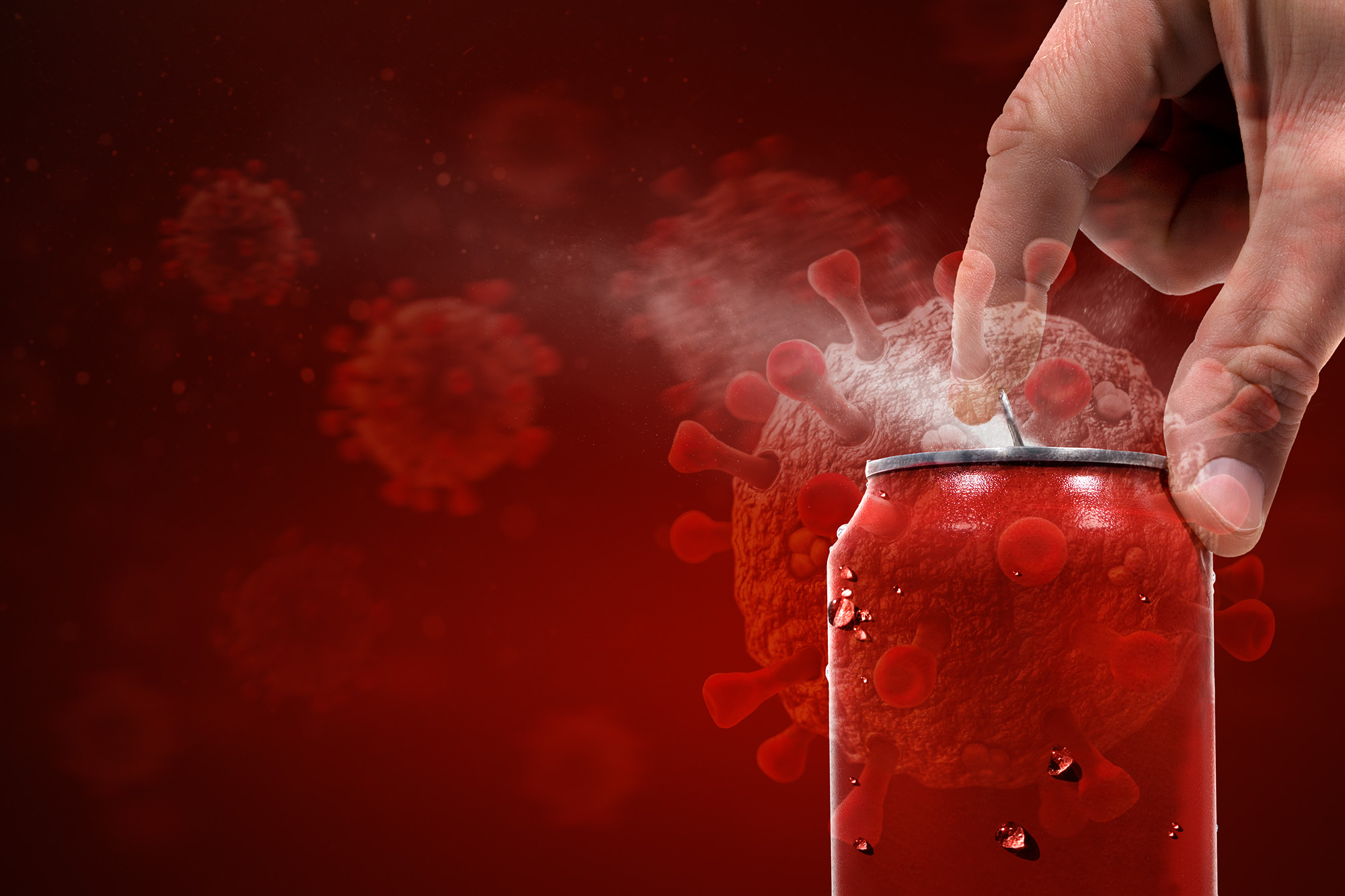 All of the COVID-19 virus particles spreading death and misery around the world would fit into a single Coke can, according to a British mathematician.

Bath University numbers-crunching expert Kit Yates worked out that there are some 2 quintillion — or 2 billion billion — SARS-CoV-2 particles in the world at any one time, Sky News reported.

But because of their minuscule size, if you rounded them all up, it would only make up “a few mouthfuls.”

“It’s astonishing to think that all the trouble, the disruption, the hardship and the loss of life that has resulted over the last year could constitute just a few mouthfuls,” Yates said.

Describing his infinitesimal calculations, Yates said he used the diameter of the viral particles — at an average of about 100 nanometers, or 100 billionths of a meter — and figured out the volume of the spherical virus.

Even accounting for the telltale spike proteins and the fact that the particles will leave gaps when stacked together, the total is still less than in a single 330-milliliter Coke can, he said.

“When I was asked to calculate the total volume of SARS-CoV-2 in the world for the BBC Radio 4 show More or Less, I will admit I had no idea what the answer would be,” Yates wrote in The Conversation.

“My wife suggested it would be the size of an Olympic swimming pool. ‘Either that or a teaspoon,’ she said. ‘It’s usually one or the other with these sorts of questions,’” he added.

More than 2.35 million people have died of COVID-19 so far, and there have been more than 107 million confirmed cases worldwide, according to Johns Hopkins University.