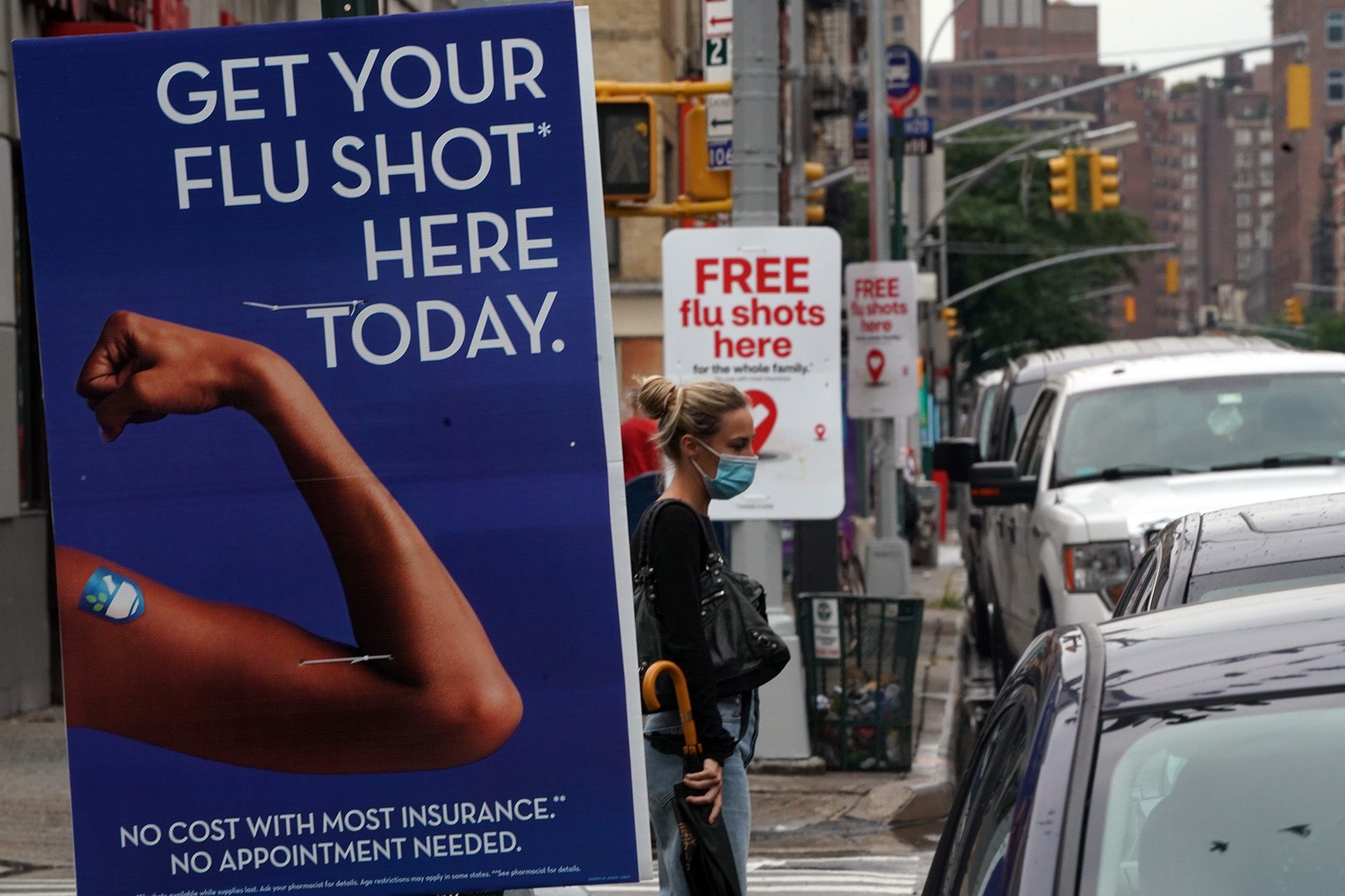 Flu deaths are down two-thirds from the five-year average, a drop that could indicate the most vulnerable Americans died in the first wave of COVID-19.

The city is taking a wait-and-see attitude, with the flu season just a few weeks old.

“We are still very early into this influenza season and it’s too early to make any predictions on severity,” Health Department spokesman Michael Lanza told The Post.

A similar pattern is emerging in the UK, where flu and pneumonia took 1,132 lives last month – 28% lower than the five-year monthly average of roughly 1,500.

The country’s Office for National Statistics thinks the drop is because medically-vulnerable Brits who would have died this fall from flu and pneumonia instead died this spring from the coronavirus.

But private British statistician Kevin McConway told The Post he doubts “whether it’s the whole story.”

McConway points out that flu and pneumonia are airborne infections like the coronavirus and the safety guidelines put in place for the pandemic — masks, social distancing and handwashing — would stop them, too.

Said state health department spokesman Jeffrey Hammond: “Wearing masks, social distancing, hand washing, and all the other measures put in place to slow the Coronavirus should also slow the flu and other viruses.”

US health officials have been urging Americans for months that a bad flu season on top of the COVID outbreak could overwhelm hospitals and increase the risk of catching both infections at the same time.

Pneumonia deaths in the US and across the city and state are down as well. For the week ending Oct. 17, deaths nationwide stood at 1,251 – down 60% from the five-year average of 3,106 for the same week.