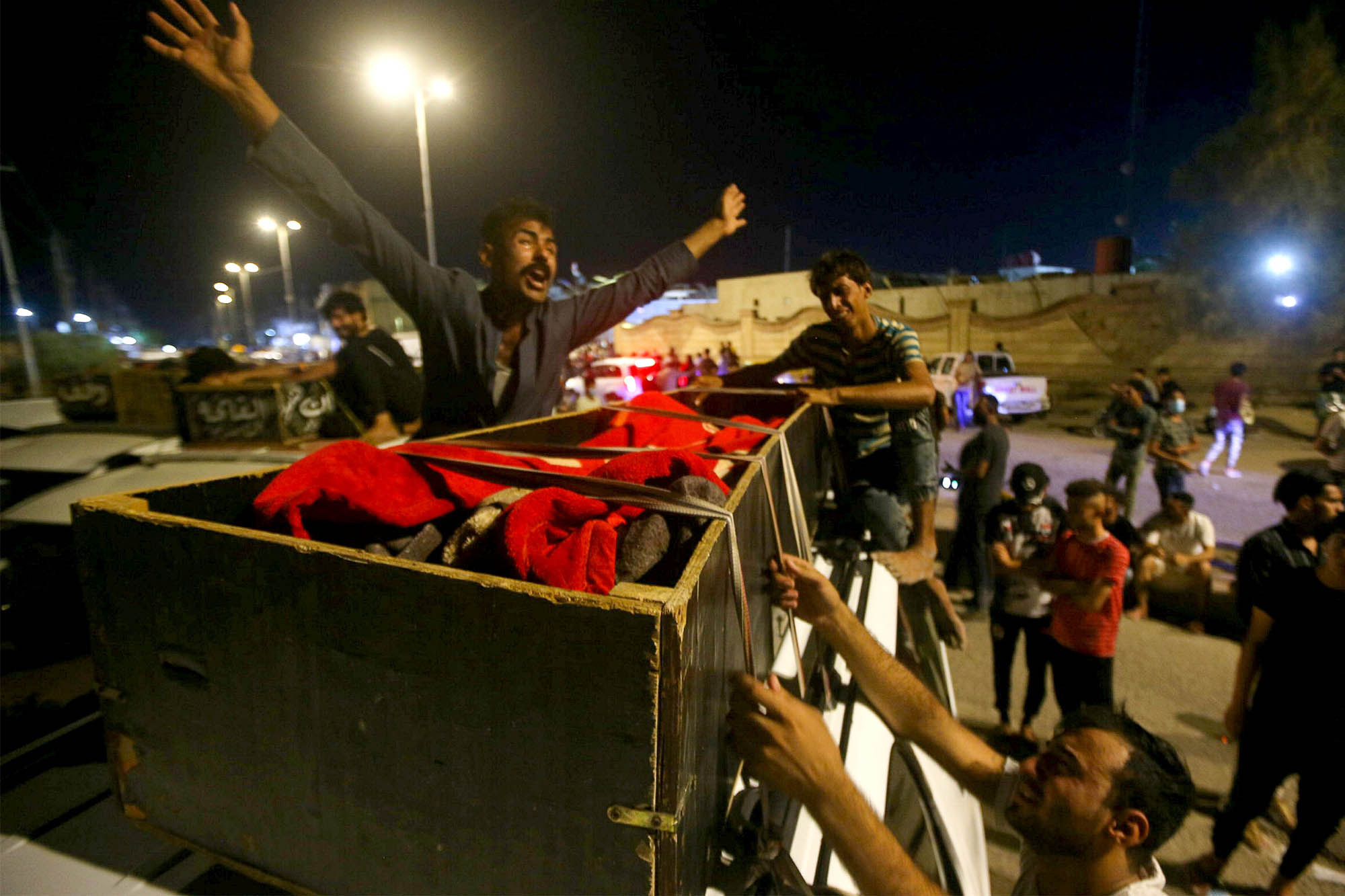 At least 44 people were killed and 67 injured in a massive fire that decimated the coronavirus ward of an Iraqi hospital, authorities said Monday.

The blaze at Al-Hussein hospital in the southern city of Nassiriya is believed to have been ignited when an oxygen tank exploded, according to police.

“Raging fires have trapped many patients inside the coronavirus ward and rescue teams are struggling to reach them,” a health worker told Reuters outside the burning building.

At least two health care workers were among the dead.

A man grieving next to the body of one of the victims of a fire at al-Hussain coronavirus hospital in Nassiriya, Iraq on July 13, 2021.REUTERS/Essam al-Sudani

“I heard a big explosion inside the coronavirus wards and then fire had erupted very quickly,” hospital guard Ali Muhsin told the news service.

The destruction continued outside the hospital as angry relatives clashed with authorities and set two police vehicles on fire.

Prime Minister Mustafa al-Kadhimi ordered the suspension and arrest of health and civil defense managers in Nassiriya and the manager of the hospital, according to a statement from his office.