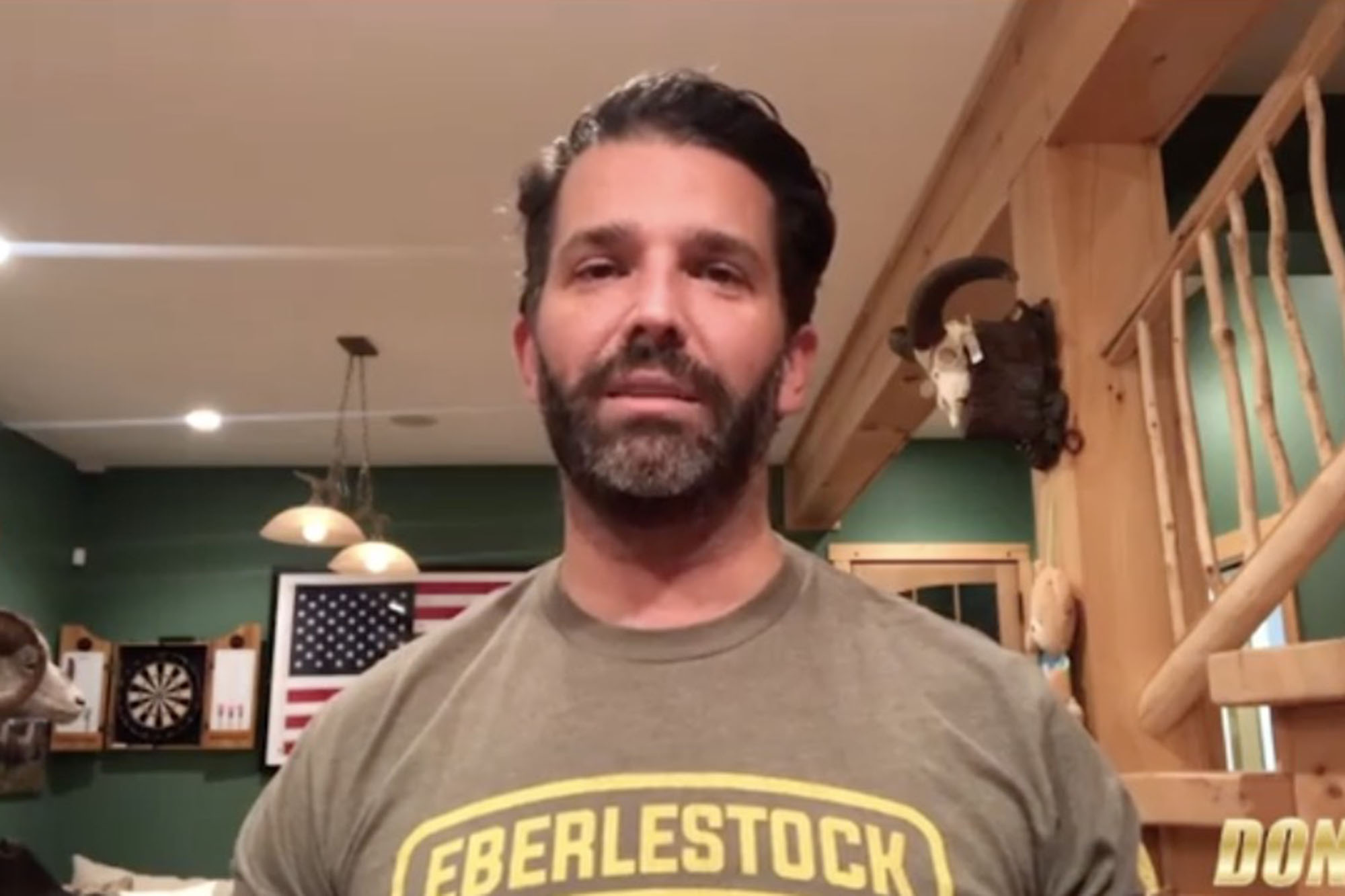 Donald Trump Jr., President Trump’s oldest son, is asking his social-media followers for book and Netflix recommendations to ease his time in coronavirus quarantine — “because there’s only so many guns I can clean before I get bored.”

“Apparently I got the ‘rona,” he said in a video posted to Instagram Friday after a spokesman told The Post that Trump Jr. had tested positive for COVID-19 earlier in the week.

“You wouldn’t know it … I guess I’ve been totally asymptomatic,” Trump Jr. added, saying that he had been tested “as an abundance of precaution” before setting off on a now-canceled trip with his son.

His father — whose own bout with coronavirus landed him in Walter Reed Medical Center last month — weighed in with a supportive tweet Saturday.

Trump Jr. appeared upbeat despite his isolation, which he seemed to be spending in a rustic man cave equipped with a dartboard, a trophy bighorn sheep, and a framed American flag.

“I may have a couple days of solo time,” he said. “I’ll get to go through my [gun] safe, which should be fun.”