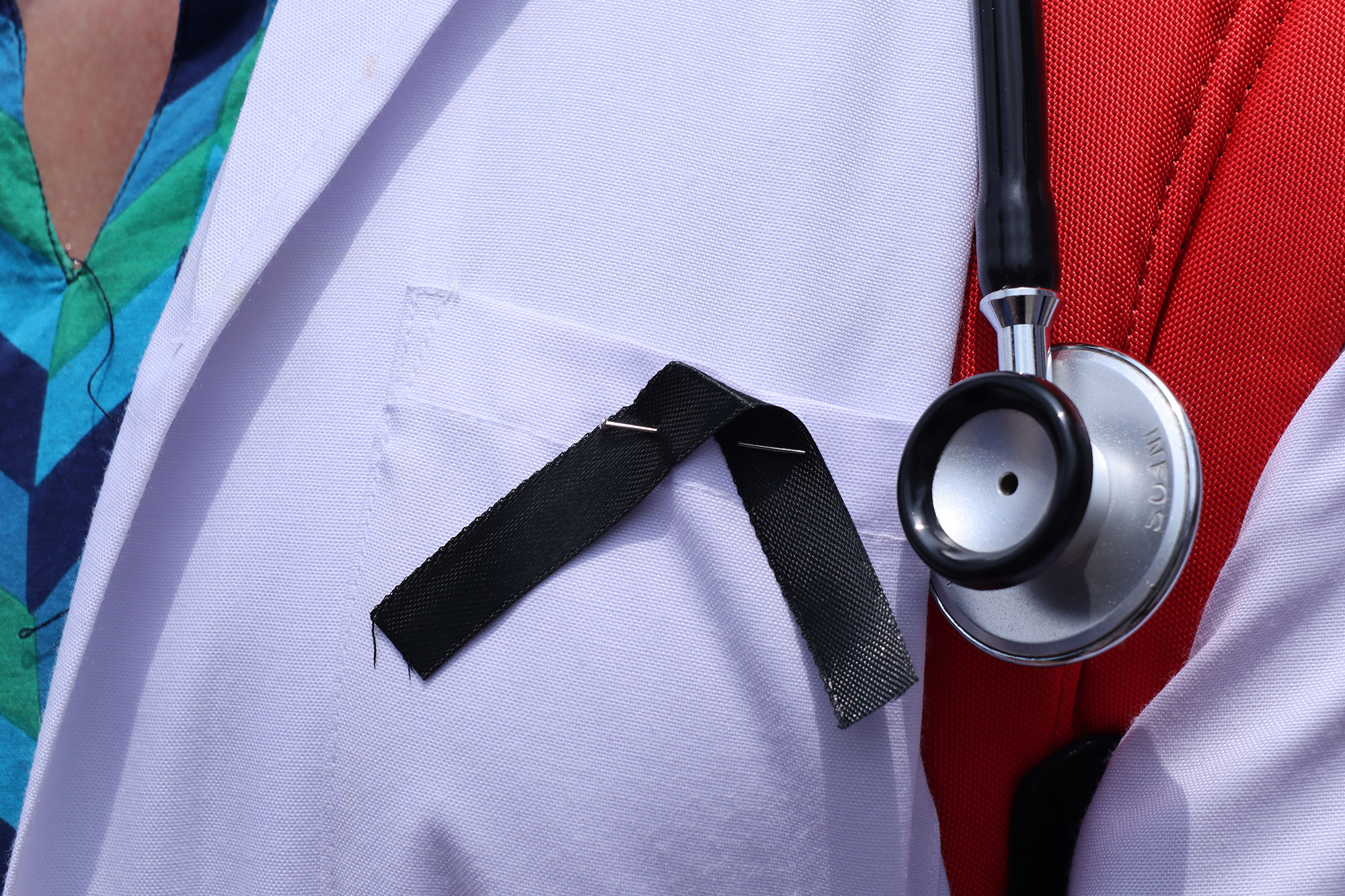 Doctors pinned black ribbon as they protest against the mishandling of Dr. Seuj Kumar Senapati, a medical officer of a COVID care center, at Gauhati Medical College and Hospital (GMCH) in Guwahati, India on Wednesday, June 02, 2021. Dr. Seuj Kumar was assaulted after a COVID-19 patient died at Udali Covid care center in Hojai district of Assam.
NurPhoto via Getty Images

A doctor working in a COVID-19 ward in northeastern India was severely beaten by a mob hours after the death of a patient that resulted in the swift condemnation of state officials and 24 arrests.

The Indian Express reported that Dr. Seuj Kumar Senapati, who was fulfilling his government-ordered rural service duty, was confronted by the mob early Wednesday, hours after the patient’s death. He was pummeled and lashed with brooms. A portion of the assault was captured on video and went viral.

A purported photo of the doctor emerged online that showed deep welts and crisscrossing purple bruises on his back.

The country has been ravaged by a second wave of COVID-19 infections that has put the country’s health care system on the brink, although the infection rate seems to be slowing. Reuters reported that the country recorded 134,154 new infections on Thursday, which is down more than 65 percent from its peak in early May. There have been 337,989 deaths since the outbreak began.

The Express report said the mob allegedly consisted of family members of the patient. All of the suspects have been arrested.

The Indian Medical Association’s Assam unit urged doctors to avoid treating patients outside facilities in protest and called for swift justice for the accused.