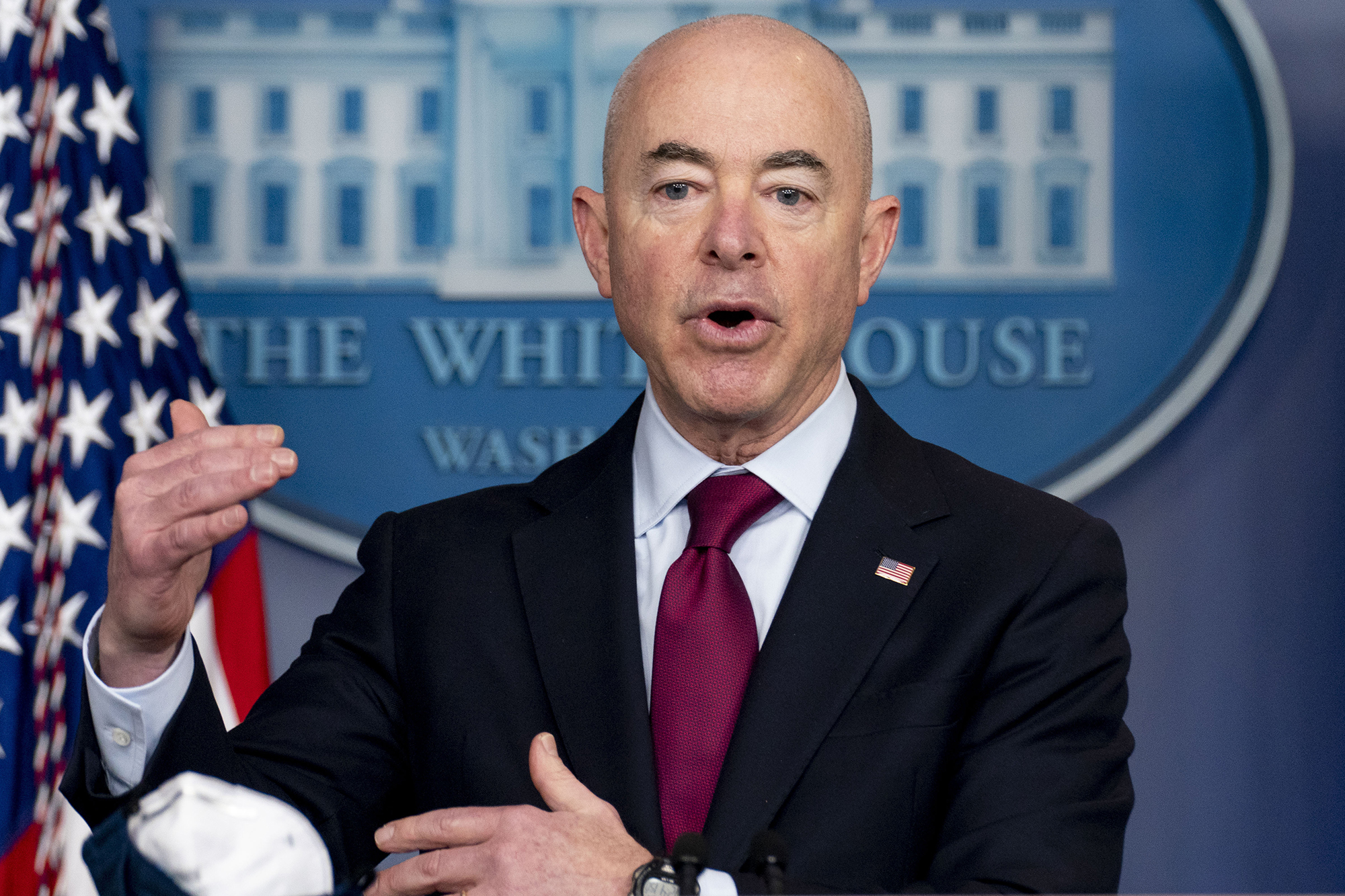 Homeland Security Secretary Alejandro Mayorkas has canceled in-person events and will work from home this week, after being exposed to someone with the COVID-19 virus, his office revealed.

“Secretary Mayorkas has a virtual schedule this week after coming into close contact with a DHS official who later tested positive for COVID-19,” Department of Homeland Security spokeswoman Marsha Espinosa said in a statement Tuesday.

“The Secretary is fully vaccinated, has no symptoms, and has tested negative twice. Official DHS contact tracing is underway. These recommendations have been informed by the Office of the DHS Chief Medical Officer and are taken in an overabundance of caution.”

The DHS rep declined to identify who the COVID-positive individual was, and did not say if others were quarantining or had tested positive.

Homeland Security Secretary Alejandro Mayorkas will be working remotely after coming into contact with a person who had COVID-19.Andrew Harnik/AP, File

She said the department was following Centers for Disease Control and Prevention guidelines.

An administration official told Politico that the DHS chief was forced to cancel a “State of Homeland Security” address, as well as move his remaining events online.

Mayorkas does a lot of traveling for his job, which involves managing border security, cybersecurity and counterterrorism efforts.

At his canceled Tuesday speech, according to a department memo reviewed by CNN, the DHS secretary had planned to lay out a vision for the department’s next chapter, as well as combating the greatest threats of the 21st century.

He still testified that same day, albeit remotely, at a Senate Homeland Security and Governmental Affairs Committee hearing, where he was asked about pandemic-era restrictions on nonessential travel.