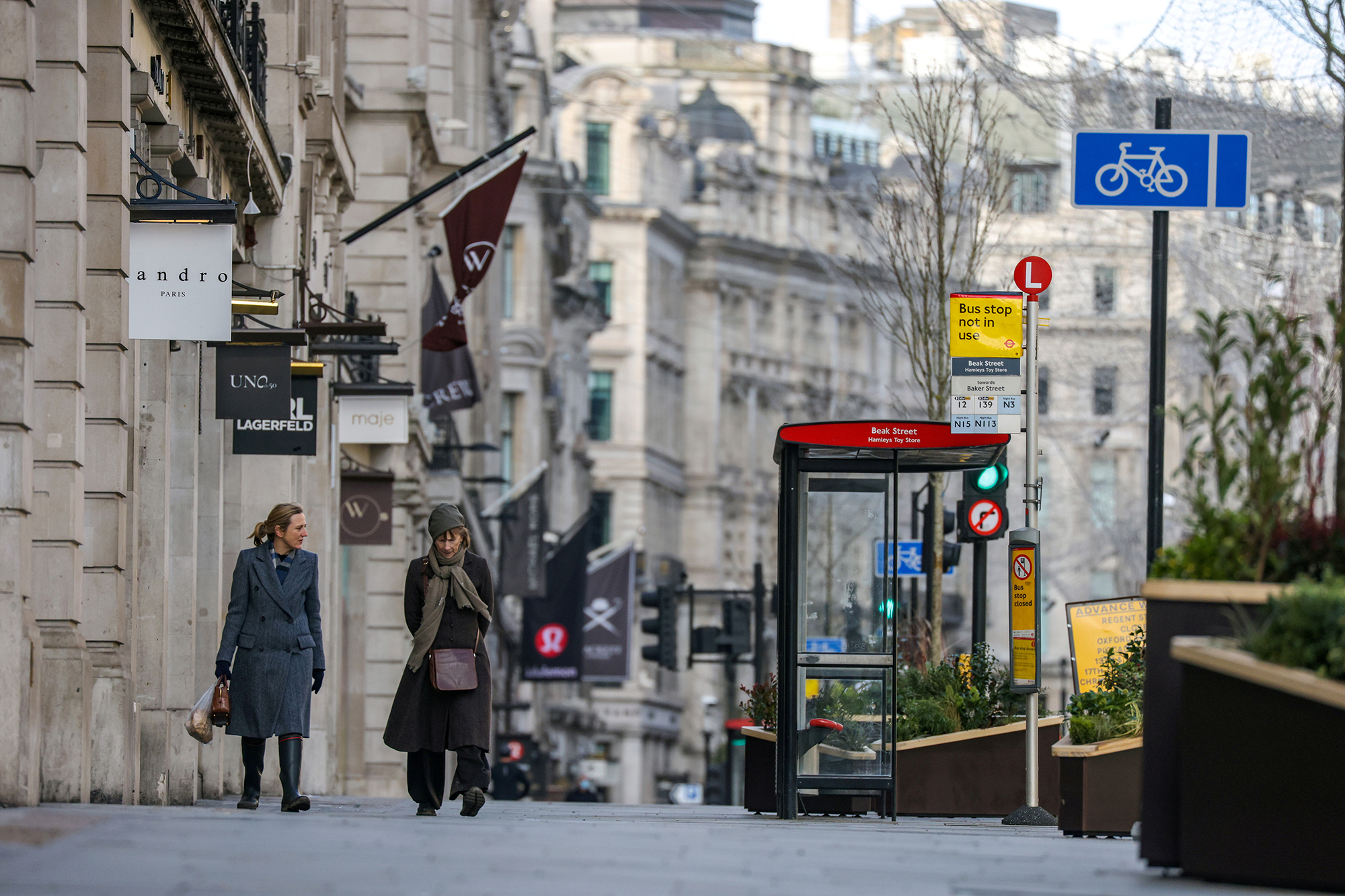 Eerie footage shows London almost completely deserted after a month of strict lockdown — including iconic locations used in the haunting 2002 movie about a raging virus.

Footage shot by commuters shows the usual squash of passengers replaced by almost empty stairways and platforms in the heart of the UK capital.

The videographers also capture the experience of having Trafalgar Square almost all to themselves.

One man being filmed is seen walking across a traffic-free Westminster Bridge with Big Ben and Parliament behind him — the same location as Cillian Murphy’s confused character in Danny Boyle’s “28 Days Later,” which focused on a “Rage” virus that escaped from a lab.

Two women walk down an abandoned Regent Street, one of London’s main shopping streets, as Britain continues its third COVID-19 lockdown on January 17, 2021.

The London underground is quiet during the third national lockdown on January 26, 2021.

London and its surrounding counties were the first put into a strict lockdown just days before Christmas after the emergence of a highly contagious new strain of COVID-19. The measures were extended across the UK earlier this month, with people urged to stay home and not mix with people from other households.