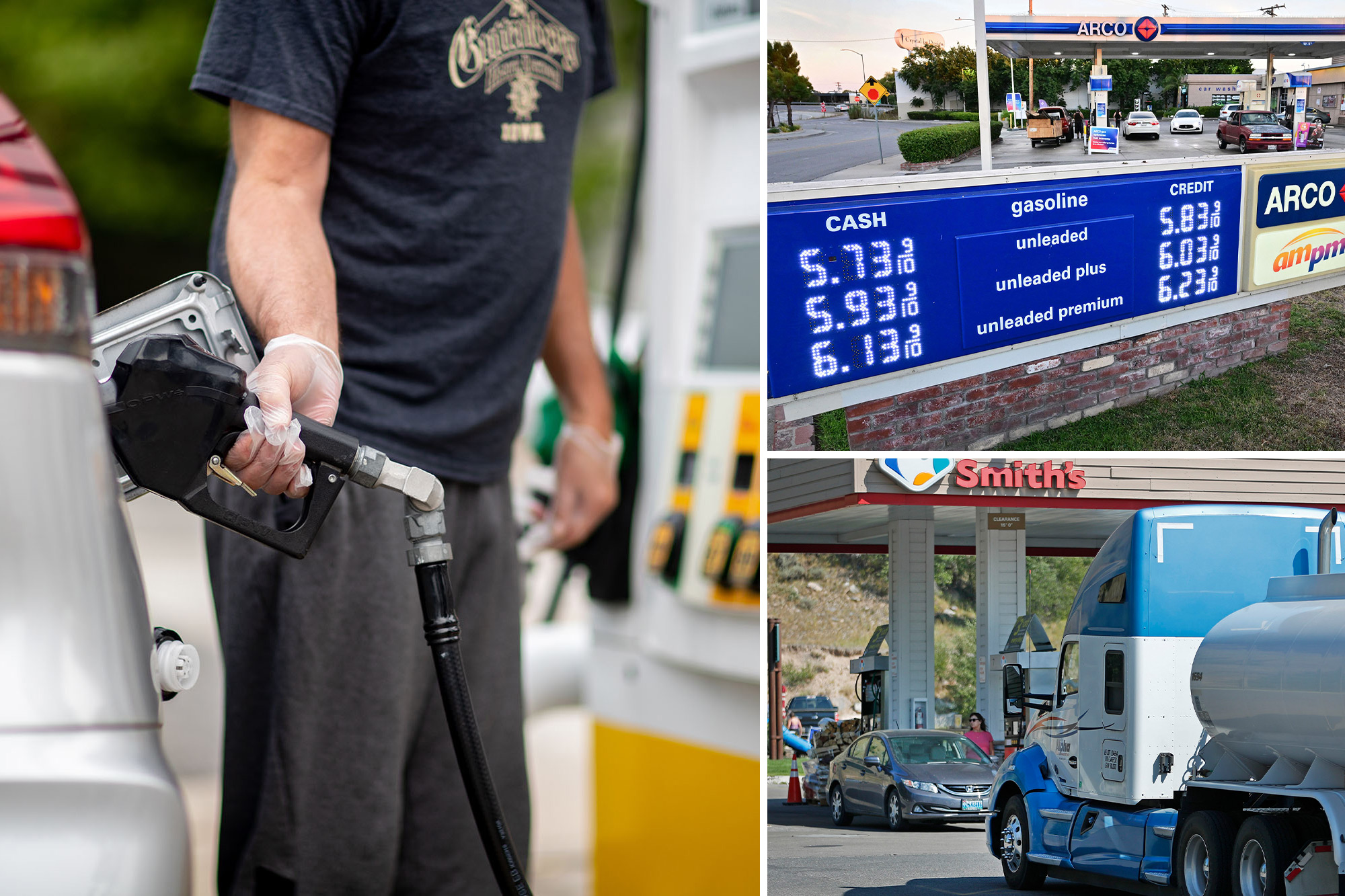 Gas prices have been declining since mid-June as demand has fallen to levels not seen since the early days of the pandemic, according to AAA.

Prices have continuously declined since June 14, when the average price hit a record high of $5.01 per gallon in the U.S.

On Thursday, the national average price for a gallon of regular gasoline dropped eight cents to $4.13.

That’s 1.24 million barrels per day lower than last year and “in line with demand at the end of July 2020,” when there were widespread virus-related restrictions and fewer people were hitting the road, according to AAA.

“Despite the steady decrease in pump prices, drivers appear to still be altering their driving habits to contend with higher-than-usual prices,” AAA spokesperson Andrew Gross told FOX Business on Thursday.

Consumer demand for gas has dropped levels not seen since the beginning of the pandemic. Newsday via Getty Images

The latest demand figures bolster a recent AAA survey that revealed 64% of drivers had changed their driving habits or lifestyle since March to offset the high prices at the pump.

However, there may be some good news for motorists.

The deflated demand could lead to prices dropping even lower. AFP via Getty Images

According to AAA, if gasoline demand remains low and crude prices don’t spike, pump prices are likely to continue falling.

Even though the Organization of the Petroleum Exporting Countries (OPEC) and its allies, also known as OPEC+, plan to increase output by only 100,000 barrels a day in September after increasing output by 648,000 barrels per day in July and August, it’s unlikely to have a considerable impact on price, according to AAA’s report.

“The slight increase is unlikely to have a significant pricing impact, especially if demand continues to decline,” AAA said.