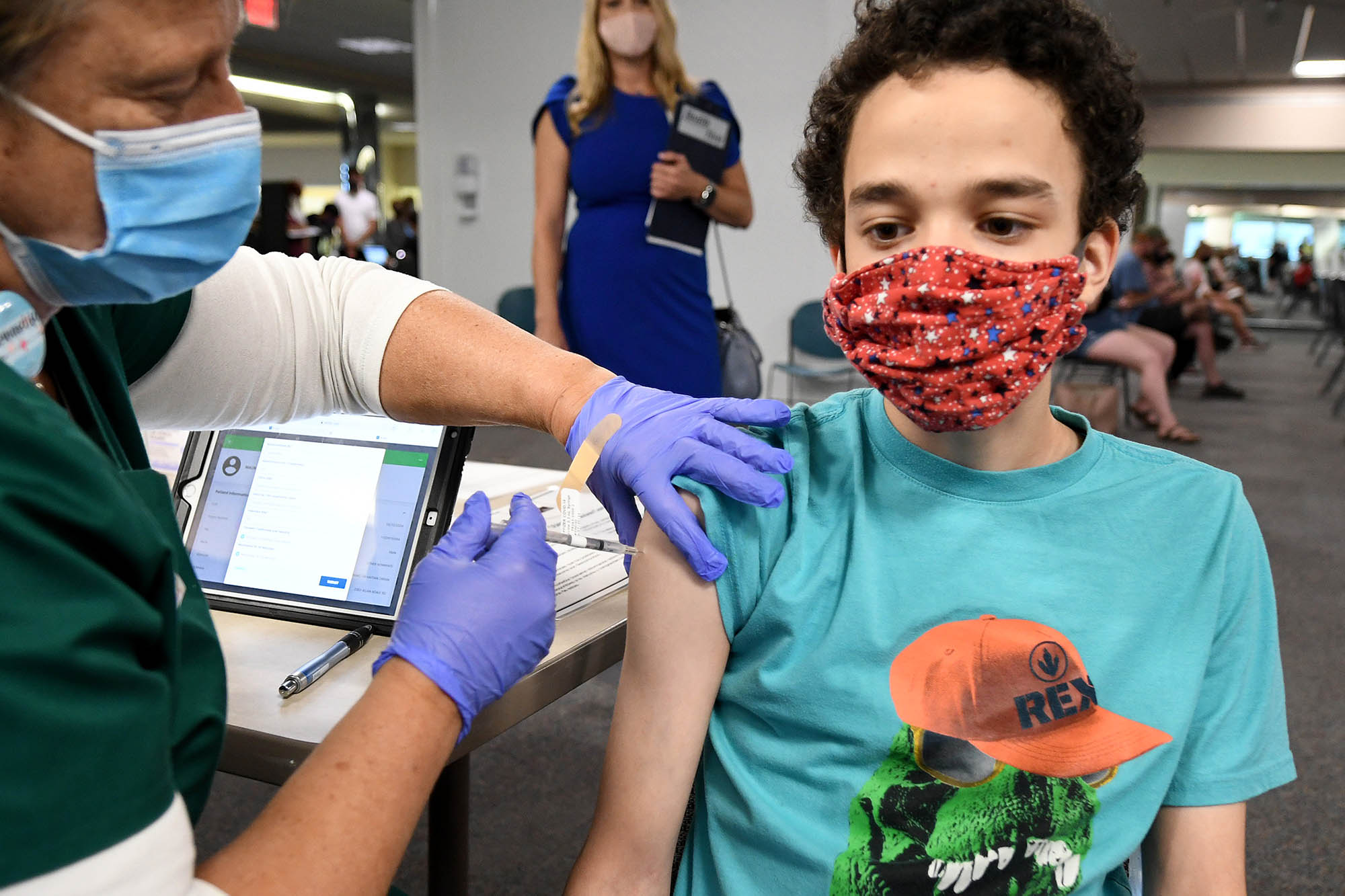 Researchers have found a link between rare cases of heart inflammation in children and COVID-19 vaccines from Pfizer and Moderna, a group of doctors advising the Centers for Disease Control and Prevention said Wednesday.

“It does appear that mRNA vaccines may be a new trigger for myocarditis yet it does have some different characteristics,” said Dr. Matthew Oster during a panel at the Advisory Committee on Immunization Practices meeting on Wednesday.

The heart issues are very rare.

Audrey Vakker, 14, gets a COVID-19 vaccination at the Fairfax Government Center vaccination clinic in Fairfax, Virginia.AFP via Getty Images

The CDC received around 323 reports that met its definition for myocarditis and pericarditis in vaccinated people under 30 as of June 11, the outlet reported. This is out of some 27 million shots that have been administered to people under age 30 in the US.

Officials said at least 79% of the patients recovered from their symptoms, which include chest pain, shortness of breath and difficulty sleeping.

Researchers found a link between rare cases of heart inflammation in children and COVID-19 vaccines from Pfizer and Moderna.Getty Images

“We’re observing this in younger age groups, mainly in people in the teens and early 20s and observing it more in males compared to females,” said Dr. Tom Shimabukuro, deputy director of the CDC’s Immunization Safety Office, the outlet reported.

Pfizer has previously said it had not observed a higher rate of heart inflammation than would normally be expected in the general population, while Moderna had said it could not confirm a causal association with the heart inflammation cases and its vaccine.