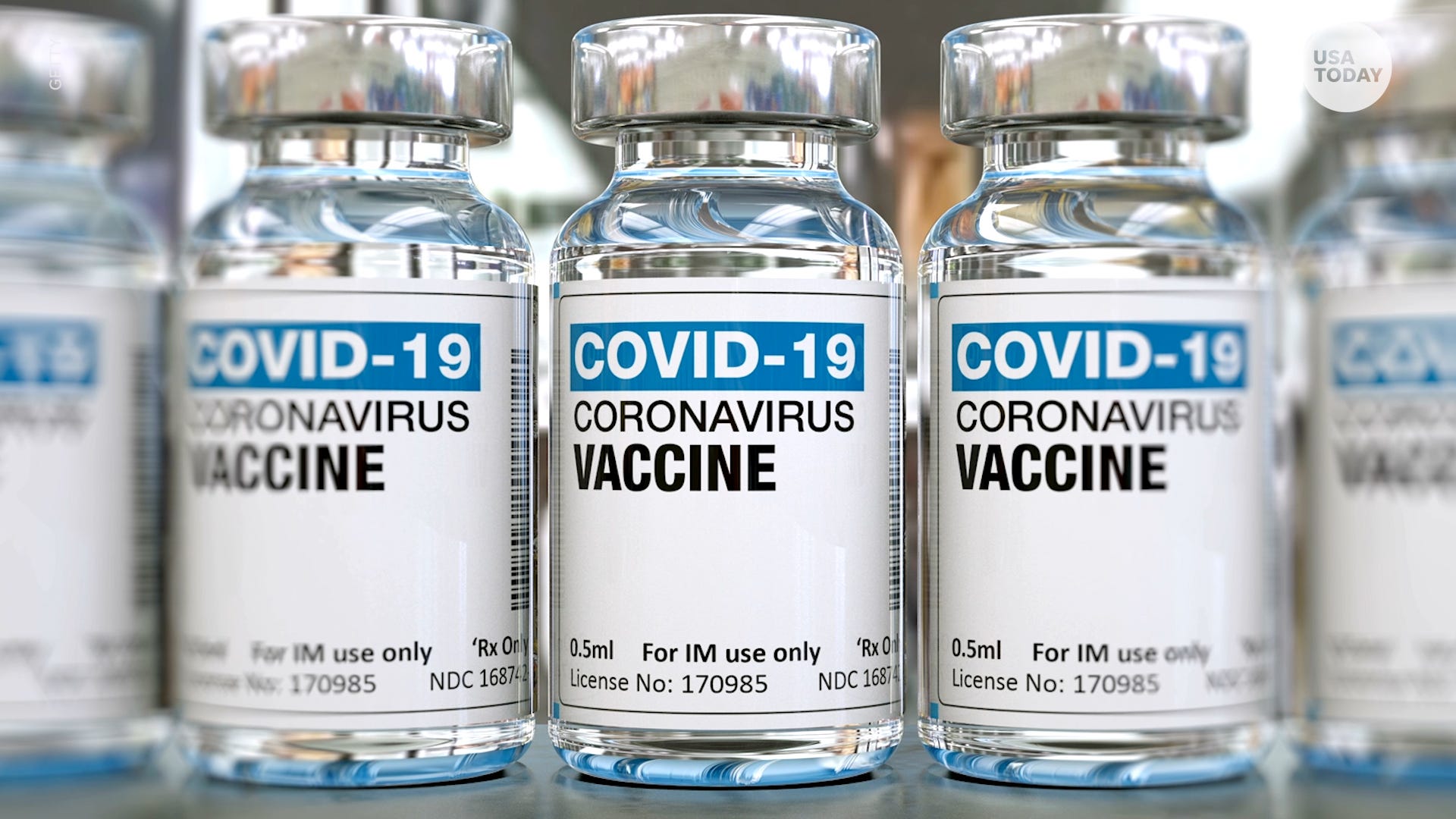 The vaccines were prepared for shipments at the McKesson distribution center in Olive Branch, Miss.

The federal government is close to delivering 20 million doses of COVID-19 vaccine during the month of December, as promised, but states are taking longer than expected to get those doses into people’s arms, officials admitted Wednesday.

About 15.5 million doses will be delivered by the end of the year, with the remaining 5 million arriving between Jan. 4-6, said Gen. Gus Perna, who co-leads Operation Warp Speed, the federal effort to develop and distribute COVID-19 vaccines, treatments and tests.

But only about 1 million of the 9 million doses distributed so far have been reported administered, his co-lead Moncef Slaoui confirmed during a news conference.

The death rate from COVID-19 in the U.S. reached an all-time high in the week ending Tuesday, and an American is dying of the virus every 32 seconds.

Reporting of the shots can take 3-4 days, Slaoui said, so the vaccination figures are probably better than they appear – but there’s still a substantial lag.

“Exactly how fast the ramp-up of immunizations – shots in arms – is happening is slower than we thought it would be,” Slaoui said.

He offered federal help to states to accelerate that process. “It’s important that the states are able to increase the cadence of immunization, but it’s also important that they do it at a pace where they are in control, that no mistakes are made and no accidents are happening,” he said. “That’s super important.”

The lag is likely caused by a variety of factors, including the logistical challenge of starting a new program, the difficulties of administering these vaccines, and the fact that many hospitals are nearly overwhelmed with COVID-19 patients right now.

“I don’t think the rollout went as well as many of us would have hoped, said Dr. Daniel Griffin, an infectious disease specialist at ProHEALTH Care in New York.

At first, the shots were not where the workers needed them to be, he said. The first week the Pfizer-BioNTech vaccine was available, he was offered a shot at 7:30 a.m. at a hospital 45 minutes from where he works. Weekends were not an option.

This week, the arrival of the second vaccine, made by Moderna, has made a difference, he said. Griffin, who treated 30 COVID-19 patients on Wednesday, was able to get his first of the two-dose vaccine the same day.

Griffin said he imagined the vaccinations would be like the flu shot, where someone would walk over to him while he was seeing patients, he’d roll up his sleeve and get the shot. But with these vaccines, the person vaccinated has to wait around for 15 minutes to make sure they’re not having a bad reaction.

Your vaccine questions, answered: I had COVID, should I still get vaccinated? What are the side effects? What are its ‘ingredients?’

He hopes things will go more smoothly with the next round of vaccinations, which will be distributed in the community, rather than at hospitals where the first priority has to be taking care of the sick.

The story is much the same at other hospitals.

“I suspect the efficiency of everybody’s system will go up over time but I’m not surprised that the injections aren’t quite keeping up with the supply,” said Dr. Robert Wachter, chair of the department of medicine at the University of California, San Francisco.

“You need enough people trained to do the shots, and a variety of other people to keep track of the flow,” he said. Before getting vaccinated, people have to sign consent forms, which takes a few minutes, and then there’s the 15-minute waiting period.

Potential side effects from the vaccines also mean hospitals have avoided vaccinating a whole department on the same day, to ensure workers don’t all get sidelined at the same time, he said.

It’s a logistical challenge to deliver the vaccine, agrees Dr. Otto Yang, a professor of infectious diseases at the David Geffen School of Medicine at UCLA.

“There needs to be staffing to give the vaccine, pharmacies set up to store the vaccine and distribute it to the clinic, as well as scheduling to have people come in and get the vaccine,” he said.

Although the pace of vaccination may seem slow, it’s actually astonishingly fast, considering that the first vaccine was only authorized for emergency use by the Food and Drug Administration 11 days ago, Yang said.

“If you do the math, since FDA approval, assuming an 8-hour work day, including weekends, that’s 11,363 doses given per hour in this country,” he said. “It’s hard to imagine it going any quicker than that.”

“Our spots are filling as quickly as we receive the vaccine and interest remains very high,” he said.

Also Wednesday, Slaoui said studies will begin soon looking at whether the Moderna vaccine could be stretched by giving people lower doses. Right now, people are given 100 micrograms in each of two doses, he said, but early indications suggest that the 50-microgram dose might be equally effective.

Although a single dose of the vaccine appears to be very effective, he warned people against getting just one shot. A second dose usually trains the immune system to fight off a disease for longer, so the protection from one shot is not likely to last as long, he said.

Experts say side effects from the COVID-19 vaccine range from soreness to fatigue. (Photo: Getty)

Johnson & Johnson is testing a vaccine that could be given in just one dose. Their large trial is now fully enrolled and the first hints of its effectiveness should be available within a few weeks, Slaoui said. If that vaccine proves safe and effective, it is likely to win FDA authorization in February, adding 100 million doses to the U.S. supply.

A candidate vaccine developed by AstraZeneca in collaboration with Oxford University is also nearing full enrollment of its crucial American trial, he said, with authorization likely in late February or early March, if it proves safe and effective.

Moderna and Pfizer-BioNTech have each promised to deliver 100 million doses in the first quarter of 2021 and another 100 million each in the second quarter.

If all those doses come through, the adult population will be more than covered by next summer, Slaoui said, noting that most of the 80-million Americans younger than 18 may have to wait until later in the summer, because trials on teenagers need to be completed before vaccine makers will extend their studies into younger children. The Pfizer-BioNTech vaccine is authorized for use in 16-17-year-olds.

Slaoui and Perna ended their talks Wednesday by thanking all the people who have been involved in developing, manufacturing and delivering the vaccines, as well as those who volunteered for the clinical trials.