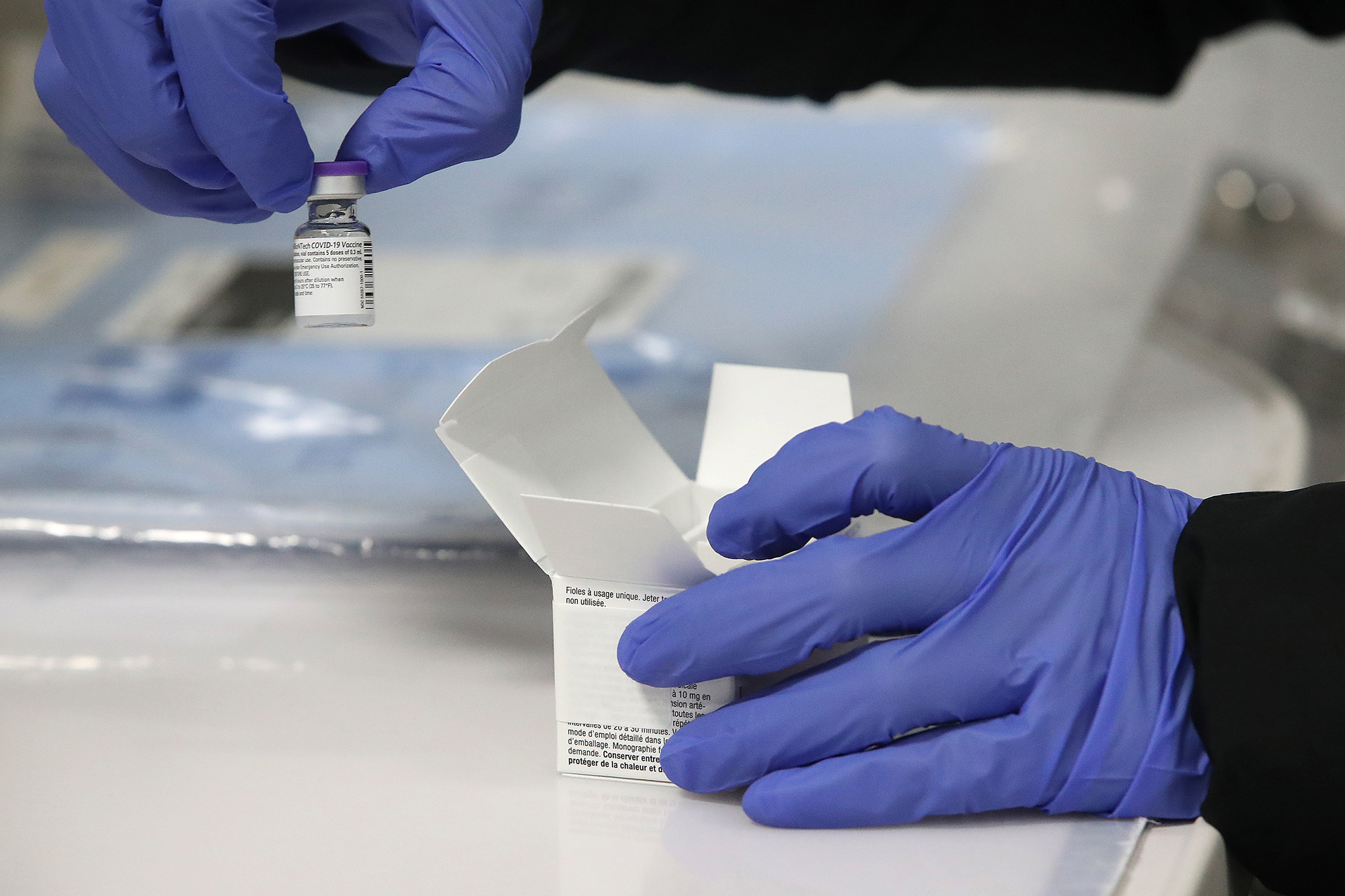 Canada is lagging even America in vaccinating its citizens — at a glacial rate of 0.31 COVID-19 vaccines per every 100 people, according to a group compiling coronavirus data.

No Canadian province has administered more than 50 percent of its doses received, even though the country became among the first to authorize the shots, 680 News reported Tuesday.

Canada’s online vaccination tracker shows that just 144,807 doses have been administered out of the 420,450 received, as of Monday night. The country has a population of about 37.6 million.

The COVID-19 Canada Open Data Working Group found that the country was doling out vaccines at an alarmingly slow pace. By comparison, Israel, which is leading the world right now in terms of administering vaccines, stands at 14 per 100 people.

The UK is at about 1.4 per 100 and the US — where states have been dragging their heels at administering jabs — is seeing 1.3 vaccines per 100 residents.

“Canada is definitely having a slower start,” Kerry Bowman, a professor of bioethics and global health at the University of Toronto, told Global News. “And each day and week goes by, we run the great risk of falling further and further behind.”

“We have been hoping for this vaccine for quite some time and it’s still sitting inside of freezers. We’re still only vaccinating four (to five) thousand people per day (in Ontario). It’s a shame,” he told the outlet. “At 5,000 people per day, it would take eight years to vaccinate all of Ontario at this rate.”

Like the US, two vaccines are approved for us in Canada — Pfizer-BioNTech, which got the OK on Dec. 9 and Moderna on Dec. 23.

Prime Minister Justin Trudeau has promised that the majority of Canadians will be vaccinated against COVID-19 by September 2021.