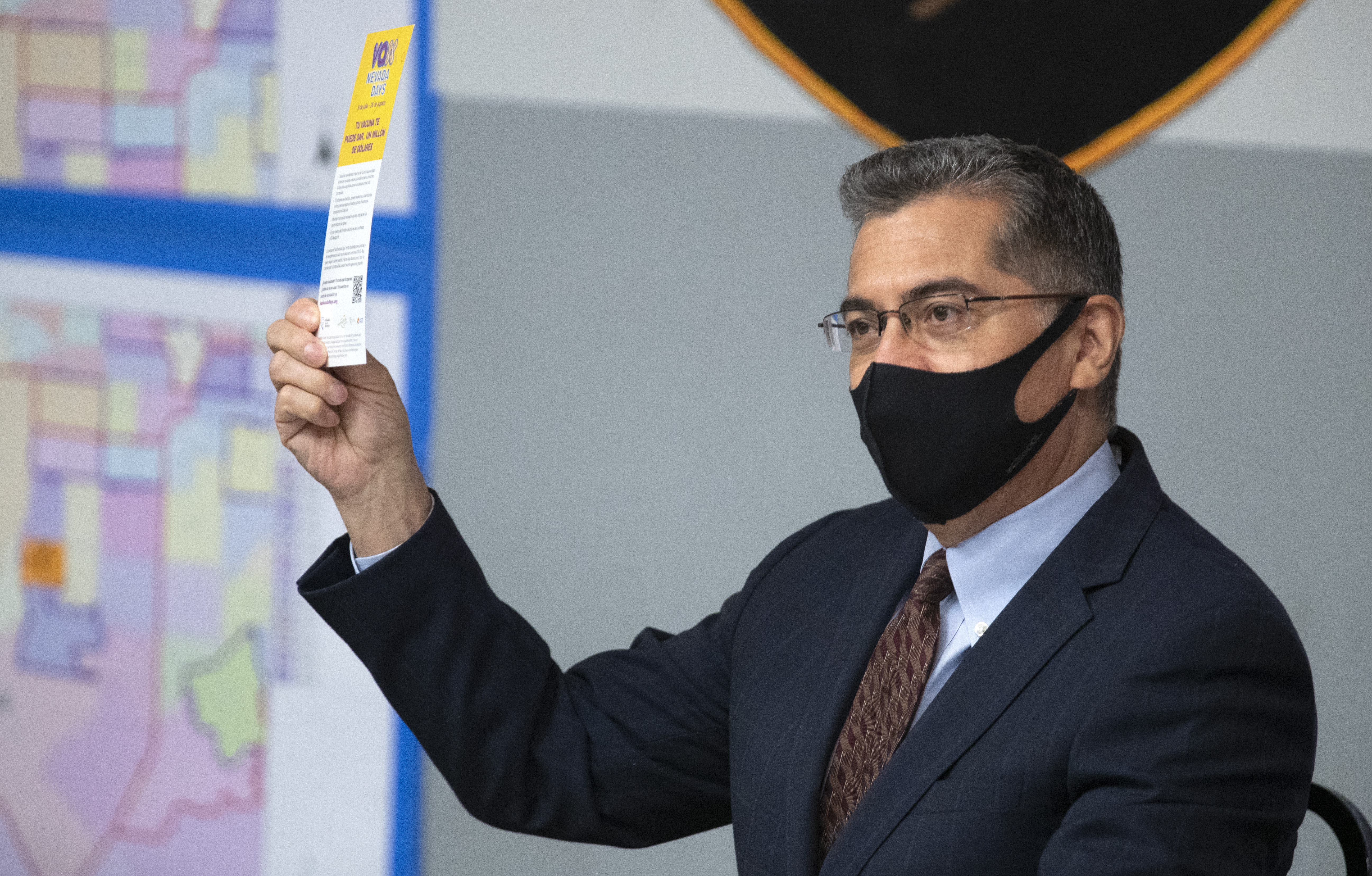 Vaccinations are beginning to rise in some states where COVID-19 cases are soaring, White House officials said Thursday in a sign that the summer surge is getting the attention of vaccine-hesitant Americans as hospitals in the South are being overrun with patients.

Coronavirus coordinator Jeff Zients told reporters that several states with the highest proportions of new infections have seen residents get vaccinated at higher rates than the nation as a whole. Officials cited Arkansas, Florida, Louisiana, Missouri and Nevada as examples.

“The fourth surge is real, and the numbers are quite frightening at the moment,” Louisiana Gov. John Bel Edwards said on a New Orleans radio show. Edwards, a Democrat, added: “There’s no doubt that we are going in the wrong direction, and we’re going there in a hurry.”

Louisiana reported 2,843 new COVID-19 cases Thursday, a day after reporting 5,388 — the third-highest level since the pandemic began. Hospitalizations are up steeply in the last month, from 242 on June 19 to 913 in the latest report. Fifteen new deaths were reported Thursday.

Just 36% of Louisiana’s population is fully vaccinated, state health department data shows. Nationally, 56.3% of Americans have received at least one dose of the vaccine, according to the Centers for Disease Control and Prevention.

Aly Neel, a spokesperson for Louisiana’s health department, said the state has seen “a little bump” in vaccinations recently, adding that details would be available Friday.

Patients receive the Moderna COVID-19 vaccine at a clinic in Immokalee, Florida.Getty Images

Warner Thomas, president and CEO of the Ochsner Health system serving Louisiana and Mississippi, said the system had seen a 10% to 15% increase in people seeking vaccination over the past week or two. It has administered vaccines at churches, the New Orleans airport, basketball games and the mall.

“We see each person we get vaccinated now as a victory,” said Dr. Katherine Baumgarten, director of infection prevention and control for the 40-hospital system, noting that it has been bringing in traveling nurses and that projections show its ICUs could fill up at the current rate of infection.

Dr. Catherine O’Neal, chief medical officer and an infectious disease specialist at Our Lady of the Lake regional medical center, said Thursday that the most shocking aspect of the surge has been its speed. The caseload has roughly tripled in the course of a week, she said.

On Sunday, the medical center stopped taking transfers of coronavirus patients from hospitals in other parts of the state because they simply did not have the capacity, she said.

In Missouri, which is second only to Arkansas and Louisiana in the number of new cases per capita over the past 14 days, officials have rolled out a vaccine incentive program that includes $10,000 prizes for 900 lottery winners. The state lags about 10 percentage points behind the national average for people who have received at least one shot.

“Younger, relatively healthy and unvaccinated. If this describes you, please consider vaccination,” tweeted Erik Frederick, chief administrative officer of Mercy Hospital Springfield, noting that half of the COVID-19 patients are ages 21 to 59 and just 2% of that group is vaccinated.

Rochelle Walensky, director of the U.S. Centers for Disease Control and Prevention at a committee hearing on Capitol Hill.AP

The surge that began in the southwest part of the state, where some counties have vaccination rates in the teens, has started to spread to the Kansas City area, including at Research Medical Center.

“I don’t want to keep putting my life on the line just because people don’t want to get vaccinated or listen to what health care professionals are recommending,” lamented Pascaline Muhindura, a registered nurse who has worked on the hospital’s COVID-19 unit for more than a year.

“A lot of them don’t even believe in COVID-19 to begin with. It is incredibly frustrating. You are helping someone that doesn’t even believe that the illness that they have is real,” Muhindura said.

Dr. Jason Wilson, an emergency physician with Tampa General Hospital, also has watched the rise in cases with frustration. Unlike earlier in the pandemic, when many patients were in their 70s, he has seen the median patient age fall to the mid-40s.

“I spent a lot of time this fall and last summer saying, ‘We’ve got to do these things, these social mitigation strategies until we get that vaccine. Just hang in there,” Wilson said.

A teenager receives the Pfizer vaccine at the UHealth’s pediatric mobile clinic in Miami, Florida.Getty Images

Hospitals initially were hopeful as cases declined. But then, he said, “Things just fell flat.”

Conservative Utah reported Wednesday that almost 300 people were hospitalized due to the virus — the highest number in five months. Intensive care units reached 81.5% capacity. Health officials renewed their pleas for residents to get vaccinated.

One of Arizona’s biggest hospital systems issued its own call for vaccinations, citing an increase in seriously ill COVID-19 patients in just a few weeks. Dr. Michael White, of Valleywise Health, said doctors were mostly treating people with moderate symptoms, but that began to change two weeks ago. Now patients arrive acutely ill.

“This delta at the moment it is honing in on largely unvaccinated persons,” said Dr. William Schaffner, a professor of infectious diseases in the health policy department at the Vanderbilt University School of Medicine in Nashville.

The variant, which originated in India, now accounts for an estimated 83% of coronavirus samples genetically identified in the U.S. It is the predominant strain in every region of the country and continues “spreading with incredible efficiency,” the director of the CDC, Dr. Rochelle Walensky, told reporters at the White House.

People wait in live to receive a COVID-19 vaccine at the James River Church West Campus in Springfield, Mo. Across Missouri, hundreds of pastors, priests and other church leaders are reaching out to urge vaccinations in a state under siege from the delta variant.AP

She said the mutation is more aggressive and much more transmissible, calling it “one of the most infectious respiratory viruses we know of.”

“We are yet at another pivotal moment in this pandemic,” she warned. “We need to come together as one nation.”

The CDC has not changed its guidance that vaccinated people do not need to wear masks. But in Georgia, Atlanta Public Schools announced Thursday that it will implement a “universal mask wearing” policy in all of the system’s school buildings when fall classes begin.

“Given our low vaccination rates and increasing community spread, the CDC acknowledges that universal masking would be appropriate,” the school system said in the statement.

In Arkansas, a group of Democratic lawmakers urged the governor and Republicans who control the Legislature to lift the state’s ban on schools and local governments requiring people to wear masks.