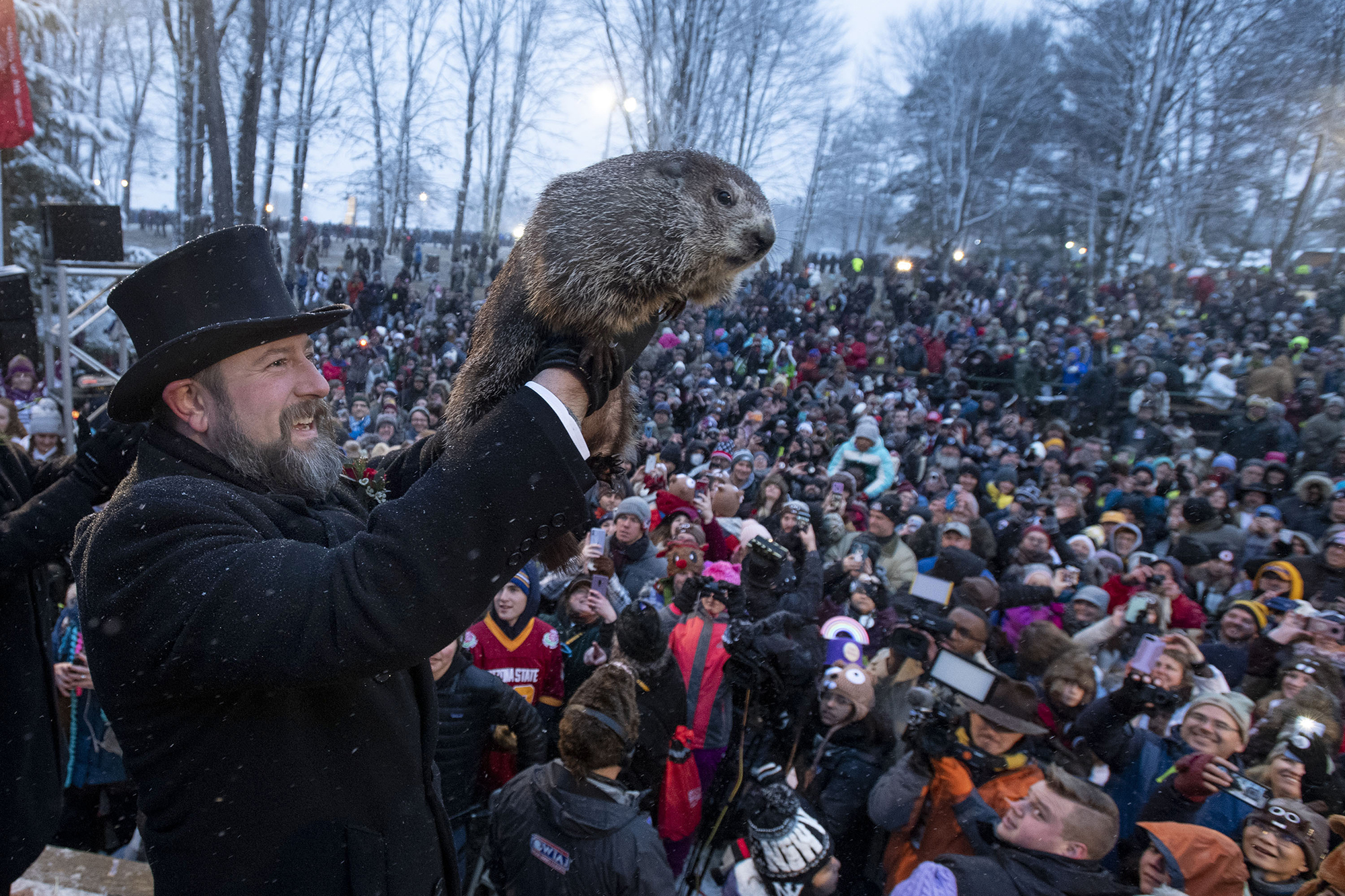 Fans of Punxsutawney Phil won’t get an in-person view of the prognosticating Pennsylvania rodent on Groundhog Day because of the coronavirus pandemic, organizers announced this week.

The annual tradition on Gobbler’s Knob in western Pennsylvania dating back to 1887 is going to look a “little bit different” and won’t include crowds when Phil makes the call on Feb. 2 whether winter will continue, or an early spring is in store, organizers said Wednesday in a video message.

“Yes, we’re going to have Phil and the handlers in the inner circle and we’re going to pull Phil out for his prognostication on Groundhog Day,” Groundhog Club president Jeff Lundy said. “But due to circumstances we’re all aware of, unfortunately we’ll have no in-person viewing and no guests on our grounds.”

The famous rodent will instead deliver his prediction via livestream, Lundy said.

“Phil thinks it’s a great idea,” Lundy joked on the clip. “Phil’s looking forward to seeing all of you online … We look forward to enjoying February 2021 safely, so stay home Groundhoggers, and watch us online.”

Lundy said in a statement guests are a key part of the tradition and hopes to have visitors from around the world back in 2022, PennLive.com reported.

Both Punxsutawney Phil and Staten Island Chuck failed to see their shadows last February, meaning they predicted an early spring instead of six more weeks of winter.

Officials at the Staten Island Zoo — where groundhog Charles G. Hogg serves as the city’s rodent prognosticator — told The Post they had not decided on its Groundhog Day plan as of Thursday.

Zoo officials have said they believe Chuck is correct on his calls 80 percent of the time.

Punxsutawney Phil, meanwhile, has predicted longer winters more than 100 times, according to records dating to 1887.