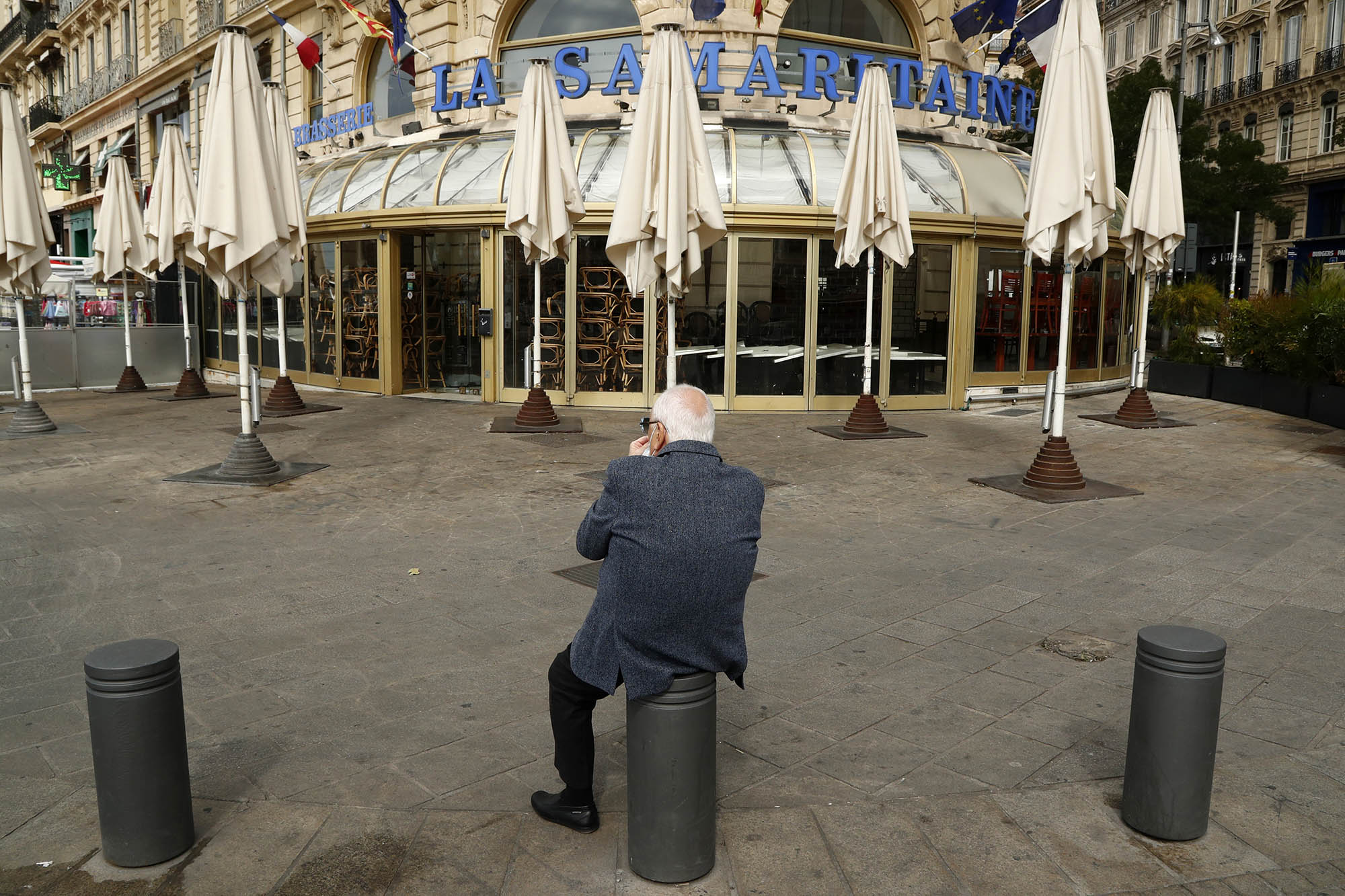 The French government has imposed stricter coronavirus restrictions as cases of the killer bug in the country continue to spike.

French President Emmanuel Macron announced the new rules — which include the closure of some restaurants and bars — in response to a “serious and worrying” rise in infections in big cities, according to comments reported by government spokesman Gabriel Attal Monday.

The new restrictions focus on areas where health authorities report a “rapid and significant” spreading of the virus, Attal said.

In Marseille, France’s second-largest city, bars and restaurants were ordered closed on Sunday evening for at least a week, prompting protests against the government decision.

Marseille Mayor Michèle Rubirola said that she had not been consulted about the decision, which she said left her “astonished and angry,” the Daily Mail reported.

“The Marseille town hall was not consulted. Nothing in the health situation justifies these announcements,” Rubirola said in a tweet.

“I won’t allow the people of Marseille to become the victims of political decisions that no one understands.”

Other restrictions have been ordered in 10 other cities including Paris, with gyms shut down, public gatherings of more than 10 people banned and bars ordered to close at 10 p.m.

Finance minister Bruno Le Maire promised business owners “we will stay by your side and we will keep deploying arrangements to allow you to overcome that extraordinarily difficult moment.”

In recent weeks, French officials have reported a steady uptick in new coronavirus infections and hospitalizations.

COVID-19 has so far sickened more than 577,700 people in France and killed more than 31,700, according to data compiled by Johns Hopkins University.