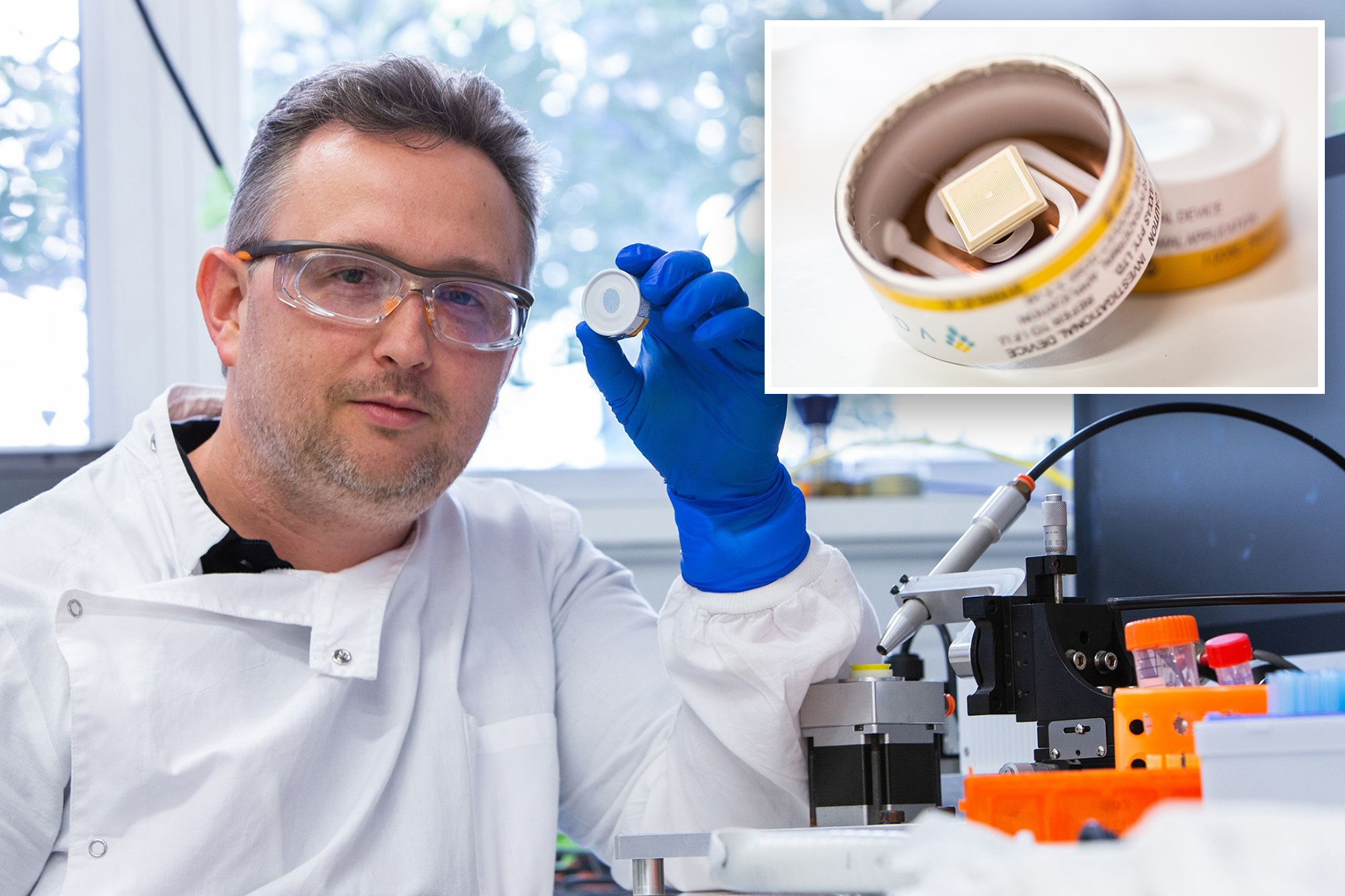 An Covid-19 vaccine patch developed in Australia has been found to be far more effective at protecting against new variants of the virus than needles.

They found it was around 11 times more effective at combating the Omicron variant than the same vaccine administered via a needle.

“The high-density microarray patch is a vaccine delivery platform that precisely delivers the vaccine into the layers of the skin which are rich in immune cells,” UQ’s Dr. Christopher McMillan explained.

Dr. David Muller said the patch technology has the potential to be “more effective” than vaccines so far. UQ

The results offer hope for more effective protection against Covid variants which so far vaccine researchers have struggled to stay on top of.

“The large number of mutations have given the virus the ability to evade the immune responses generated by the current vaccines,” UQ’s Dr. David Muller said.

“However, the patch technology has the potential to offer a new – and more effective – weapon in our arsenal, at a time where new variants are mutating at a rapid rate.”

The patch was found to be 11 times more effective at combatting the Omicron variant than the same vaccine administered via needle. UQ

The positive results extended beyond the Hexapro vaccine, with so far every vaccine type being tested via the patch – including subunit, DNA, inactivated virus and conjugate – yielding better immune responses than needles.

Vaxxas CEO David Hoey said the company was expanding its manufacturing capabilities, including a new facility in Brisbane with the aim of conducting large-scale clinical trials of the patch.

He added the technology could play a part in enabling the international response to global health emergencies, such as the current and future pandemics.