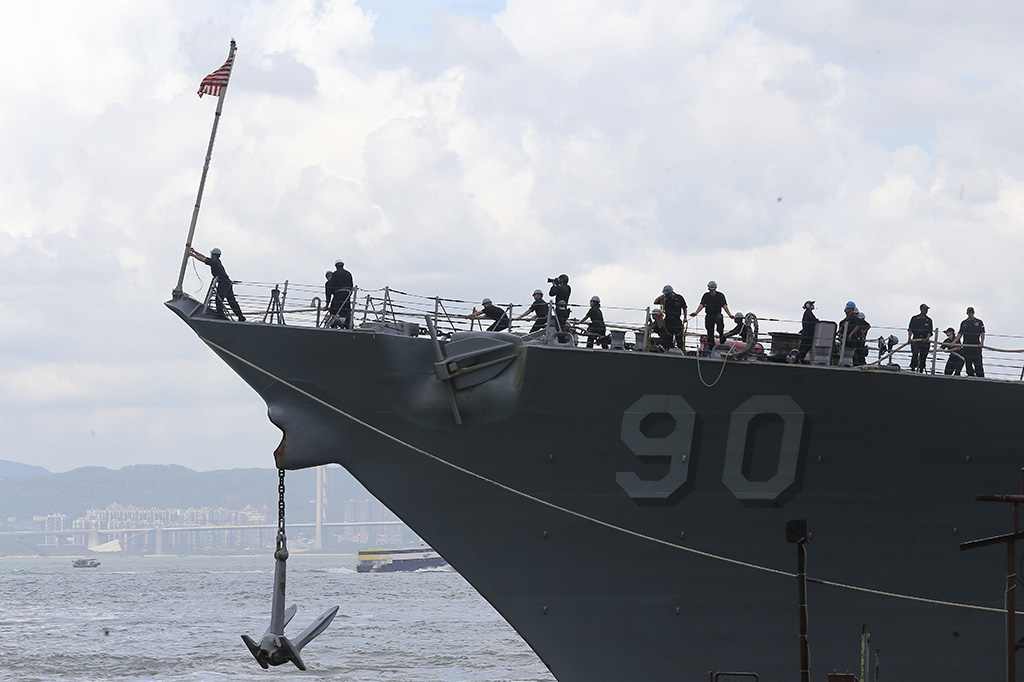 A Navy warship docked in San Diego is contending with a COVID-19 outbreak — leaving its crew panicked amid what some insiders call inadequate safety measures on board, a report said.

Officials confirmed to The Navy Times that some members aboard the USS Chafee, which arrived in California from Hawaii last weekend, have tested positive for the virus.

An internal document from the ship obtained by the outlet shows 41 of the ship’s 350 crew members are in quarantine with either a positive diagnosis or possible exposure.

“No Chafee sailors have been hospitalized and all positives are in isolation.”

A petty officer aboard the ship told the outlet that outbreak appeared to begin with the cooks.

“Before pulling into San Diego we had seven people in quarantine and three tested positive, all the cooks that come into contact with the whole crew,” the petty officer said. “Everybody was panicking.

“We come in close contact with them every day and the test would have told us who is sick and who wasn’t,” the petty officer said.

The Navy does not intend to test the entire crew, Robertson said.

Another petty officer who spoke to The Navy Times said social distancing aboard the packed ship is “moot point,” while another officer claimed the ship lacked enough face masks.

“A lot of people end up using the N95 more than once or risk getting chewed out or worse because the ship just can’t get them fast enough,” an officer said.

But Robertson, refuted the claim of insufficient protective equipment.

“USS Chafee has an adequate supply of personal protective equipment and continues to maintain protective measures for its crew,” he said in an email to the outlet.