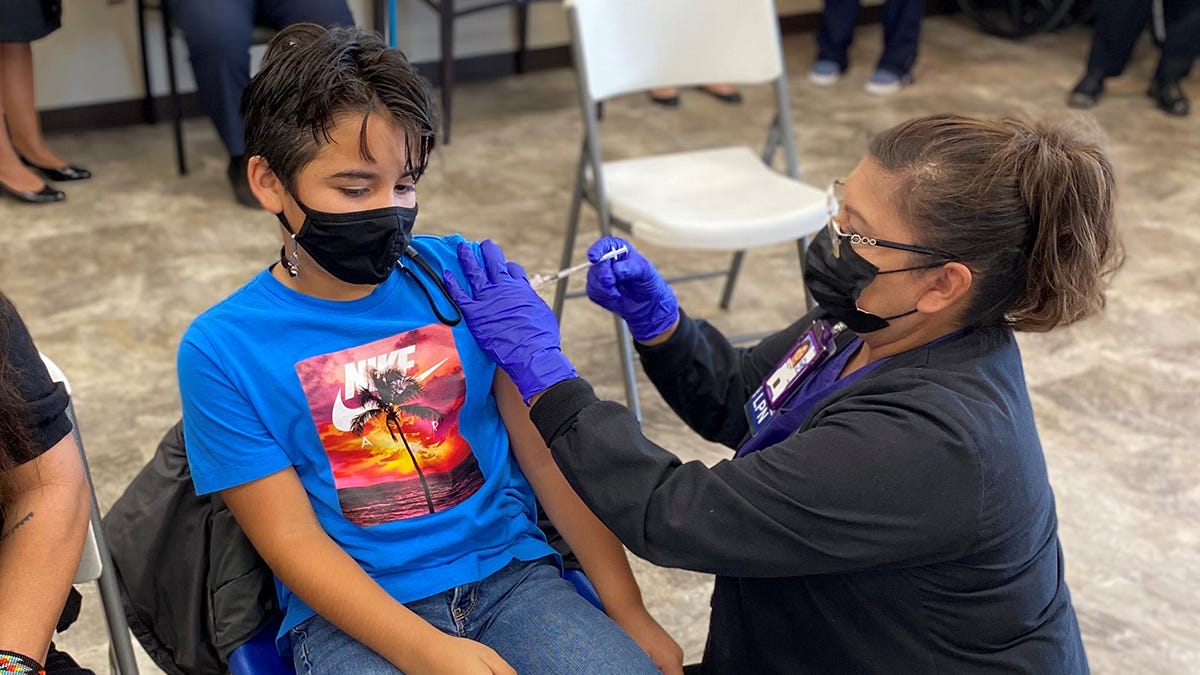 The next challenge for these communities that have been hit particularly hard during the pandemic: The omicron variant. Tribes and the federal Indian Health Service are reporting huge case spikes in the days after Christmas, reflecting the situation across much of the country.

The Cherokee Nation in Oklahoma and the Menominee Nation in Wisconsin since Monday have reported daily case increases at least five times higher than before Christmas. The federal Indian Health Service reports positivity rates going from 9.1% before Christmas to 13.7% after the holiday, according to data from 356 medical facilities.

“We feel like we’re back in crisis mode again,” said Dr. Amy Slagle, clinical director of the Menominee Tribal Clinic, which postponed an early New Year’s closing to remain open Thursday. “It looks like omicron may have arrived.”

Tribal leaders say high vaccination rates, mask mandates and social distancing rules helped limit the delta variant and put them in a better position to deal with this latest COVID-19 variant, but new protective measures also are being pursued.

To that end, Cherokee leadership Thursday announced a twice-a-week testing program for its 4,000-employee governmental workforce to go along with pre-existing vaccination and mitigation initiatives, citing “observations and projections (of) a new surge &mldr; occurring in Cherokee Nation as it is across the country.”

Although the new Menominee cases haven’t yet been specifically categorized as omicron, Slagle said the difference in post-holiday cases following Thanksgiving and Christmas suggests the highly transmissible new variant is responsible.

“We didn’t even have a blip after Thanksgiving,” she said. “Something’s drastically different.”

STAY CONNECTED: Subscribe to Coronavirus Watch, your free daily update on all things COVID-19 in the USA

Menominee County, the tribal home of the Menominee Nation and about 4,500 members in northeastern Wisconsin, has had the highest vaccination rate in the state among adults, Slagle said. Many testing positive in recent days have had two shots, reflecting omicron’s potent transmissibility, but few new cases involve people who have received the booster shot, which the tribe is encouraging, she said.

“Unfortunately, omicron, in the way it’s so easily transmitted, even if we (ask) our population to stay home, they still have to get groceries, pick up their kids, get gas, all the normal things that we used to do and, just in those exposures, they can get omicron transmitted to them,” Christensen said. “Add the holidays and COVID fatigue, as we call it, and even if they’re careful, a lot of people will still get omicron.”

The IHS has been planning for weeks for a case surge, one that could continue well past the holidays, Christensen said. That included making sure a substantial number of COVID tests, both lab and at-home kits, are available. Christensen said the IHS ordered tests in advance and is in “good shape,” with tribal leaders saying they have enough tests, which have been scarce in many parts of the country, for now.

Native Americans and Alaska Natives have the highest vaccination rate of any racial or ethnic demographic, said Christensen, who praised tribal leaders for encouraging vaccination and maintaining health protocols.

Navajo Nation President Jonathan Nez said a high tribal vaccination rate (72% receiving two shots, with 85% of elders over 65 inoculated), along with consistent protocols related to masking, social distancing and indoor crowd limits, puts the community in a better position to deal with COVID than it was in the early days of the pandemic.

“What’s different this time around is that we have a higher rate of vaccinations and we know what to do now. So, I think that’s really been a key factor in keeping the COVID-19 numbers manageable” up to now, he said.

Prevention is particularly important for Indigenous communities, which have been hard-hit by COVID. According to November data from the Centers for Disease Control and Prevention, American Indian and Alaska Native people are experiencing higher COVID-19 case, hospitalization and death rates than any other demographic group. They are more than three times likely to be hospitalized and twice as likely to die than non-Hispanic white people.

THIS IS AMERICA: Sign up for USA TODAY’s free weekly take on the news from reporters from a range of backgrounds and experiences

A number of factors contribute to greater susceptibility, including poverty, inadequate nourishment, underlying health conditions, overcrowded housing and lack of access to medical care and even running water in some rural areas, medical experts and tribal leaders say.

However, a history of mistreatment that led to those vulnerabilities also built resilience, said Spero M. Manson, director of the Centers for American Indian & Alaska Native Health at the Colorado School of Public Health.

“This is not our first experience with pandemics and epidemics. We recognize that these kinds of chronic stresses and strains have been present in the lives of Native Americans for generations,” he said. “For us, it’s a matter of survival.”

“With this most recent surge over the summer and fall, hospitalization and death rates have been much lower compared to earlier in the pandemic. I think this is really attributable to the vaccinations,” Hammitt said.

As careful and diligent as Native American communities have been, they can’t control conditions in many surrounding communities where members work, attend school and live, tribal leaders say.

Hoskin said masks are required at Cherokee Nation government work sites and its tribal school, while educational messaging and financial incentive ($300 for vaccinations and also the follow-up booster) have resulted in the Cherokee Nation’s 4,000-employee workforce topping 80% in vaccinations. However, large numbers of the 150,000 tribal members in northeastern Oklahoma live in communities outside the nation’s authority where vaccine rates are lower and prevention efforts are weaker, he said.

“We’re doing very well, but we’re not in isolation. We don’t live on an island,” Hoskin said. “We’re in a region of the country where the vaccination rate is low, the use of masks is not what I’d like to see. And, frankly, the most charitable thing I can say is that our governor (Kevin Stitt, a Republican) has been missing in action on COVID.”

Nez shared a similar account from the Navajo Nation, where many tribal members go into surrounding Arizona communities with looser COVID rules.

“It’s really difficult when other jurisdictions don’t mandate masks or politicize wearing masks or getting their shots,” he said.

Although many cite personal freedom to oppose masks or vaccines, “Indian tribes throughout the country have a different perspective of how to fight this virus. It’s not like, ‘You’re taking away my freedoms.’ Here in Indian Country, it’s about keeping our family safe, keeping our communities safe. … There’s a sense of a nation to protect our people,” Nez said.

For the Cherokee Nation, the death of many elders, a population that includes the majority of fluent speakers who help connect the tribe to its history, is a particularly difficult loss, Hoskin said. He’s heartened that tribal elders set a great example in getting vaccinated when the shots were first available.

“Our elders, our fluent speakers have led the way. What we’ve tried to appeal to is the reason the Cherokee people are still here in a literal, concrete sense, because our ancestors put their community ahead of themselves,” he said. “We would not have survived our removal in the 19th Century, our forced removal along the Trail of Tears, had we not had some collective sense that we needed to take care of each other.”