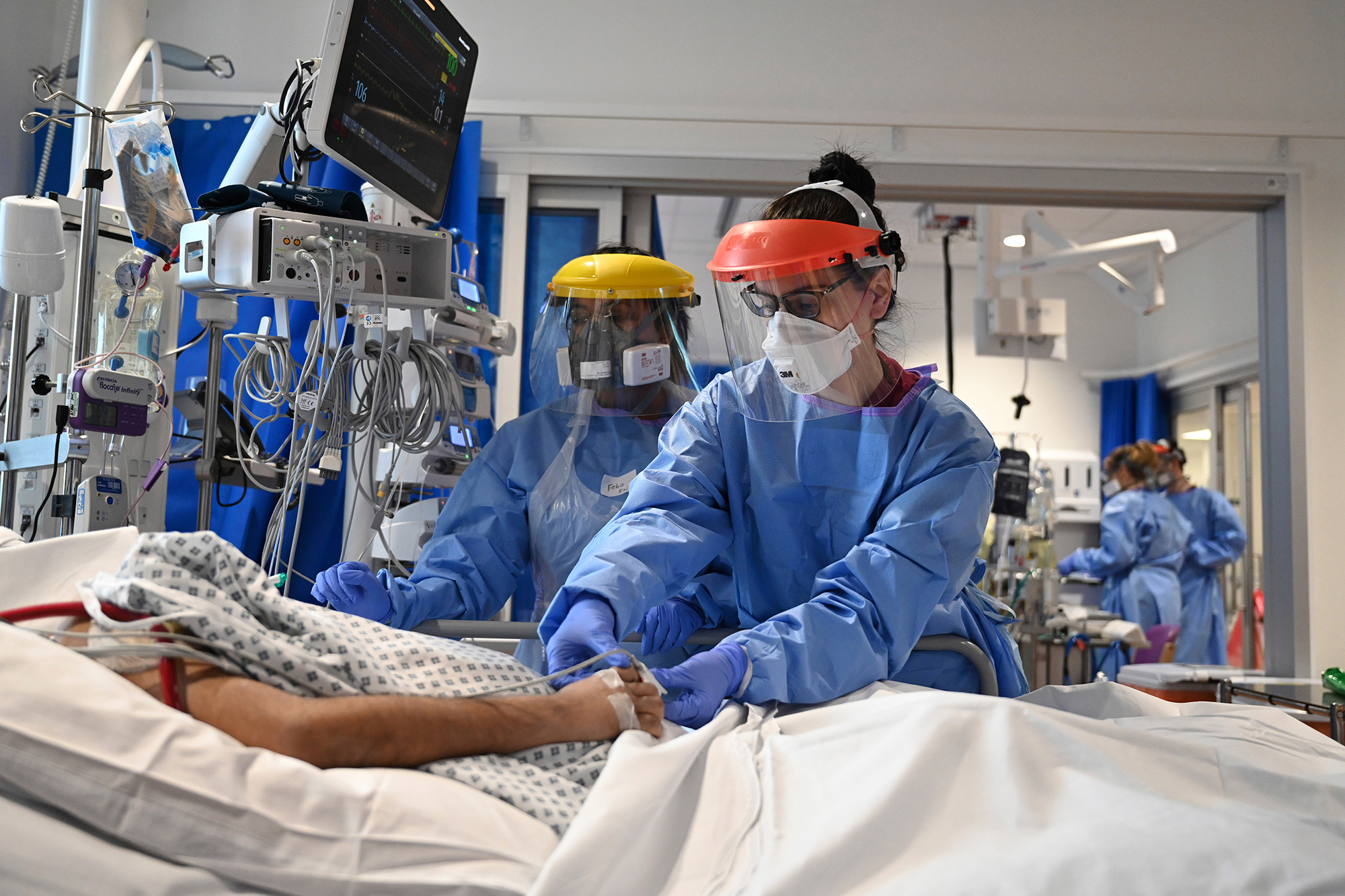 The worldwide number of COVID-19 cases passed the 100 million mark on Tuesday, according to Johns Hopkins University.

The US leads all nations with about 25 million cases, accounting for more than one-quarter of the total, according to Johns Hopkins.

The American death toll of 423,653 is also the world’s highest and comprises nearly one-fifth of all COVID-19 fatalities.

But seven other countries have higher per-capita death rates, with Belgium — where more than 1,800 people per million have died of the disease — faring the worst, according to the Statista website.

Other countries where the virus is especially devastating include Britain, where a highly contagious variant was recently discovered and where the death rate is about 1,471 per million.

Clinical staff treat a patient with coronavirus in the intensive care unit at the Royal Papworth Hospital in Cambridge, England.Neil Hall/Pool via AP

In the US, the rate is about 1,277 per million, according to Statista.