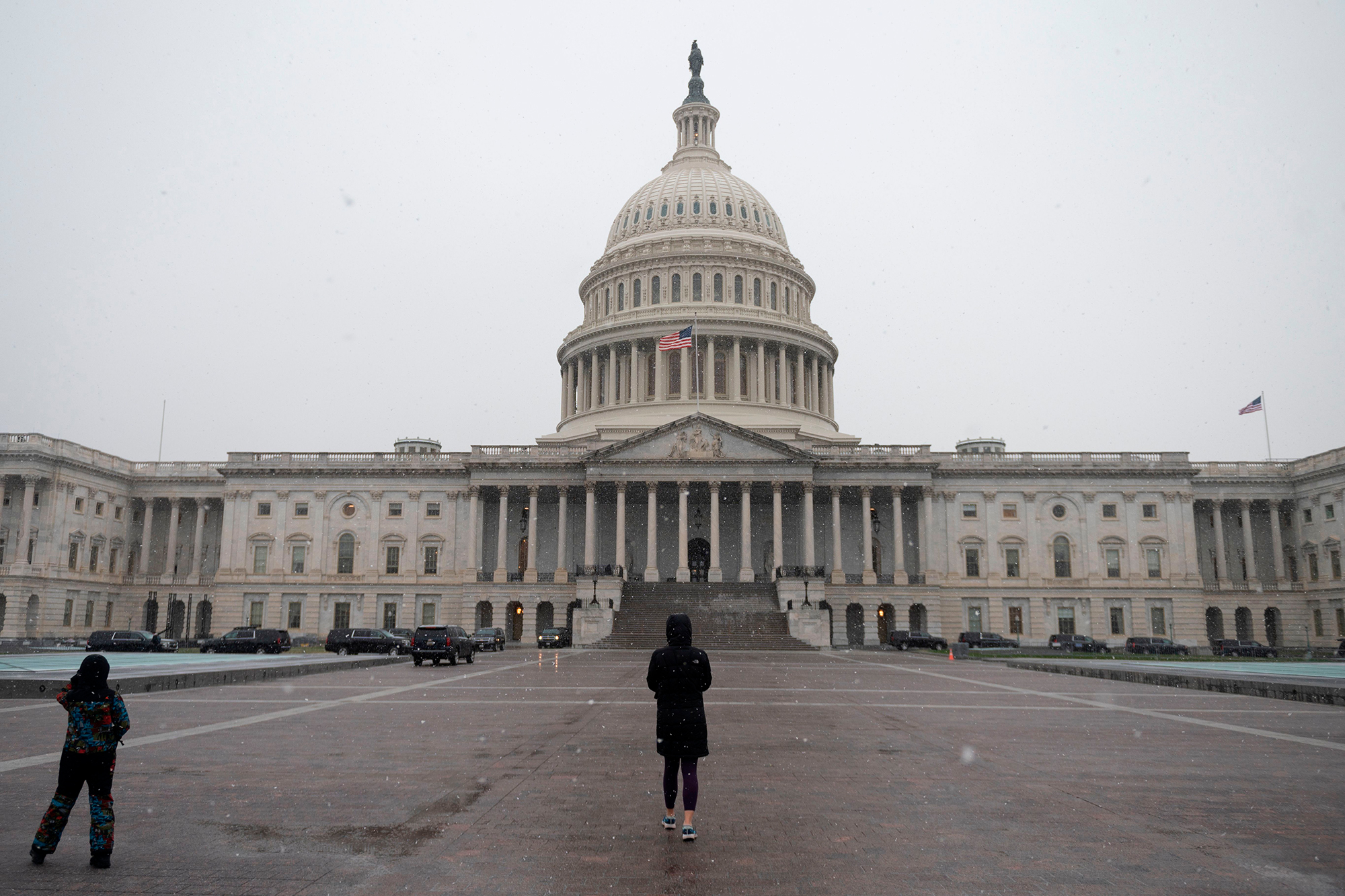 Congress swiftly passed a $2.3 trillion COVID-19 relief and government funding bill on Monday that was stuffed with cash for foreign countries and policy pet projects for powerful legislators.

Although the bill authorizes $600 stimulus checks for most Americans, a $300 weekly unemployment supplement and $284 billion in small business loans, it also contains other, more obscure provisions.

The bill adds two National Mall museums, bans the US Postal Service from delivering e-cigarettes and makes online streaming of copyrighted material punishable by up to 10 years in prison.

The 5,593-page package wasn’t available until around 2 p.m. Monday before passing the House around 9 p.m. and the Senate before midnight.

Although some legislators complained they couldn’t possibly review the bill before voting, it overwhelmingly passed both chambers.

Details of the legislation slowly trickled out as the public got to comb through the text of the bill posted online. The package contained both COVID-19 relief and annual government funding in one must-pass package, adding to public confusion.

Some of the items arguably would not have passed on their own.

In the past decade, attempts to punish online piracy prompted broad social backlash that killed the efforts. The stimulus bill language was pushed by Sen. Thom Tillis (R-NC).

An effort to ban the US Postal Service from delivering e-cigarettes incorporated language from a bill sponsored by Sen. Dianne Feinstein (D-Calif.) and Rep. Rose DeLauro (D-Conn.).

Also included were two new museums on the National Mall focusing on the history of Latinos and women.

Aerial view of the National Mall in Washington.Alamy Stock Photo

Sen. Mike Lee (R-Utah) this month outraged his colleagues by blocking the new DC museums, arguing there should not be “separate but equal” buildings and they should instead by housed within the existing National Museum of American History.

Skeptics recoiled on the price tag for US foreign aid amid frequent news reports of needy Americans lining up for free food.

Among the policies included is condemnation of a possible role by the Chinese Communist Party in the selection of Tibet’s next Dalai Lama. The current Tibetan Buddhist religious leader is 85.

The package included $453 million in assistance for Ukraine, $700 million in economic support for Sudan, $506 million for Central American regional security and $10 million for “gender programs” in Pakistan.

Rep. Thomas Massie (R-Ky.) tweeted, “I predict the day our country’s finances collapse, we will still be funding ‘gender programs in Pakistan.’”

The legislation additionally authorizes $4 billion in military loans for Jordan and approves $250 million for Palestinians in a five-year program intended to boost Palestinian employment to improve the chances of peace with Israel.

Palestinians burn tyres upon Israeli security forces’ intervention during a protest against Jewish settlements in the West Bank.Anadolu Agency via Getty Images

There is also a $500 million allocation to support Israeli military purchases, including for the Iron Dome missile defense system.

Journalist Glenn Greenwald tweeted, “the $500,000,000 to Israel is not technically part of the COVID bill, but a separate bill passed with foreign aid – still at the same time Congress said they can’t afford more than $600 in a one-time payment to Americans.”

Although some legislators notched achievements in the bill, others said it was ridiculous to ram through such a massive bill.

Rep. Andy Biggs (R-Ariz.) tweeted: “No one will be able to read it all in its entirety. Special interests win. Americans lose.”

New York Democratic Rep. Alexandria Ocasio-Cortez, who represents parts of the Bronx and Queens, tweeted, “It’s not good enough to hear about what’s in the bill. Members of Congress need to see & read the bills we are expected to vote on.”