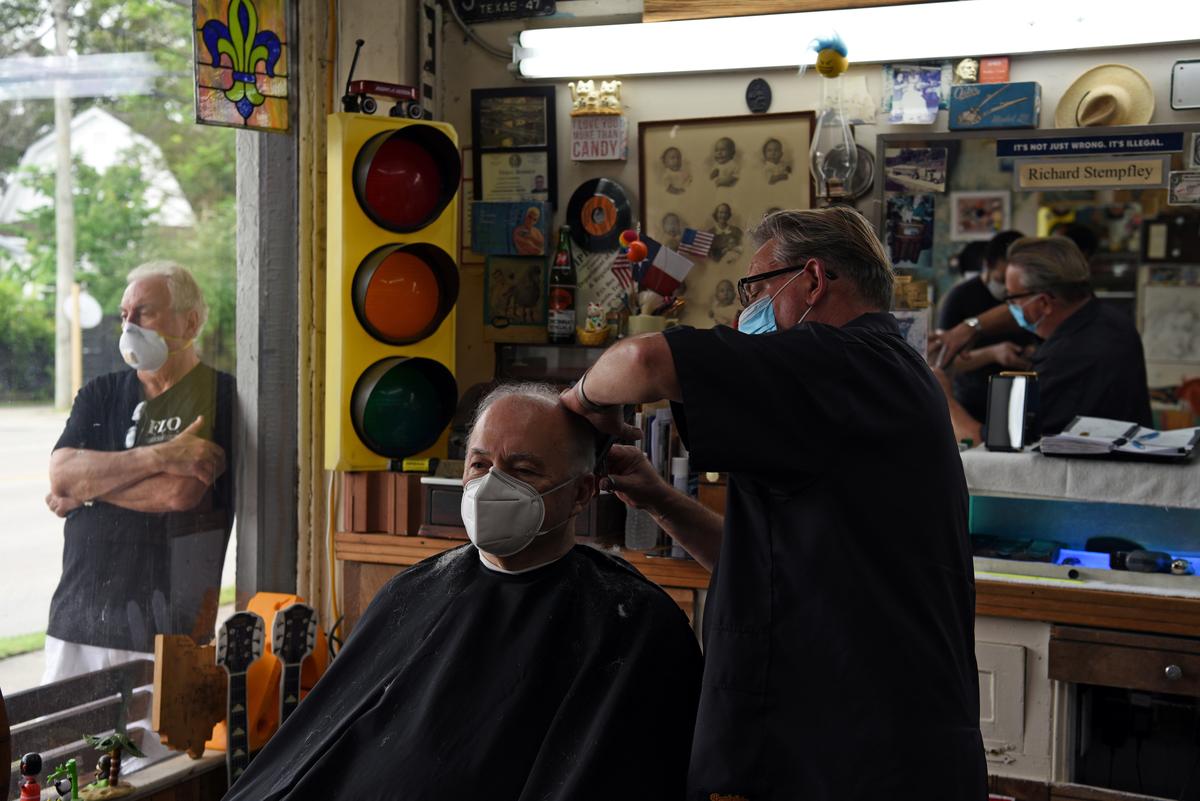 WASHINGTON/NEW YORK (Reuters) – The coronavirus pandemic triggered the steepest monthly loss of U.S. jobs since the Great Depression, data showed on Friday, as a second White House aide was diagnosed with the respiratory infection, raising doubt that the highest levels of government are well protected.

A day after the White House confirmed that the personal valet of President Donald Trump had tested positive, Trump told reporters the virus had also infected Katie Miller, press secretary to Vice President Mike Pence. She is married to senior Trump aide and immigration policy hard-liner Stephen Miller and travels frequently with Pence.

Concern over infection control in the White House heightened as the Labor Department reported U.S. unemployment rose 14.7% last month, up from 3.5% in February and demonstrating the speed with which the economy collapsed after stay-at-home orders meant to curb the outbreak were imposed across most of the country.

Even worse economic news may be yet to come. White House economic adviser Kevin Hassett said the unemployment rate was likely to climb to around 20% this month. The jobless rate for April already shattered the post-World War Two record of 10.8% set in November 1982.

The economic devastation has heightened the urgency behind efforts by governors to get their states’ economies moving again, even though infection rates and deaths are still rising in some parts of the country.

More than 77,000 Americans have perished from COVID-19, the respiratory illness caused by the novel coronavirus, out of more than 1.28 million confirmed cases, according to a Reuters tally.

Elderly individuals and people with underlying chronic health conditions have been the most vulnerable.

But New York Governor Andrew Cuomo on Friday reported the death of a 5-year old boy from a rare inflammatory syndrome believed to be linked to the coronavirus, highlighting a potential new pandemic risk for children.

Just as the pathogen itself has hit black and Hispanic Americans especially hard – they are overrepresented in the U.S. death toll relative to their population size – minorities also have suffered greater job losses during the crisis.

The April unemployment rate was 14.2% for white Americans, but the rate reached 16.7% among African Americans and 18.9% among Hispanic Americans, the data showed. There also was a gender disparity, with the jobless rate at 13% for men and 15.5% for women.

A man receives a haircut as social distancing guidelines to curb the spread of the coronavirus disease (COVID-19) are relaxed, at Doug’s Barber Shop in Houston, Texas, U.S., May 8, 2020. REUTERS/Callaghan O’Hare

Overall, the Labor Department reported a loss of 20.5 million jobs in April, a level not seen since the Great Depression of the 1930s. On Thursday, the government said that 33.5 million workers had filed first-time claims for unemployment benefits during the past seven weeks.

Adding to the pain, the sheer crush of Americans seeking to file jobless claims all at once has caused bureaucratic hurdles delaying access to benefits for millions of idled workers.

Trump, seeking re-election in November, initially played down the threat posed by the coronavirus. He has given inconsistent messages about the expected length of the economic shutdown and the conditions under which states should reopen businesses.

“Those jobs will all be back, and they’ll be back very soon,” Trump told Fox News on Friday.

Rita Trivedi, 63, of Hudson, Florida, was furloughed as an analyst at Nielsen Media Research on April 23 and has struggled to secure benefits from the state’s troubled unemployment system. She fears she will lack the money to cover her husband’s medical bills and other expenses.

“I’m more than anxious, I’m more than worried – it’s ‘can’t sleep’ kind of anxious,” Trivedi said. “I’m just so tense thinking about these things and how to manage.”

In Los Angeles, few of those stores were open in the downtown area. In-store shopping is not permitted.

Tesla Inc was aiming to restart production in its U.S. car plant in Fremont, California, on Friday, Chief Executive Officer Elon Musk wrote in an email to staff.

But a health official in Alameda County, where the assembly plant is located, said local lockdown measures remained in effect there and supersede Governor Gavin Newsom’s relaxation of statewide restrictions.

“We’ve been working with them, but we have not given the green light,” county health officer Erica Pan said of Tesla.

At least 40 of the 50 U.S. states – including states where cases and deaths are on the upswing – are taking steps to lift restrictions that had affected all but essential businesses. For example, Arizona, Mississippi and South Dakota on Friday all reported record numbers of cases.