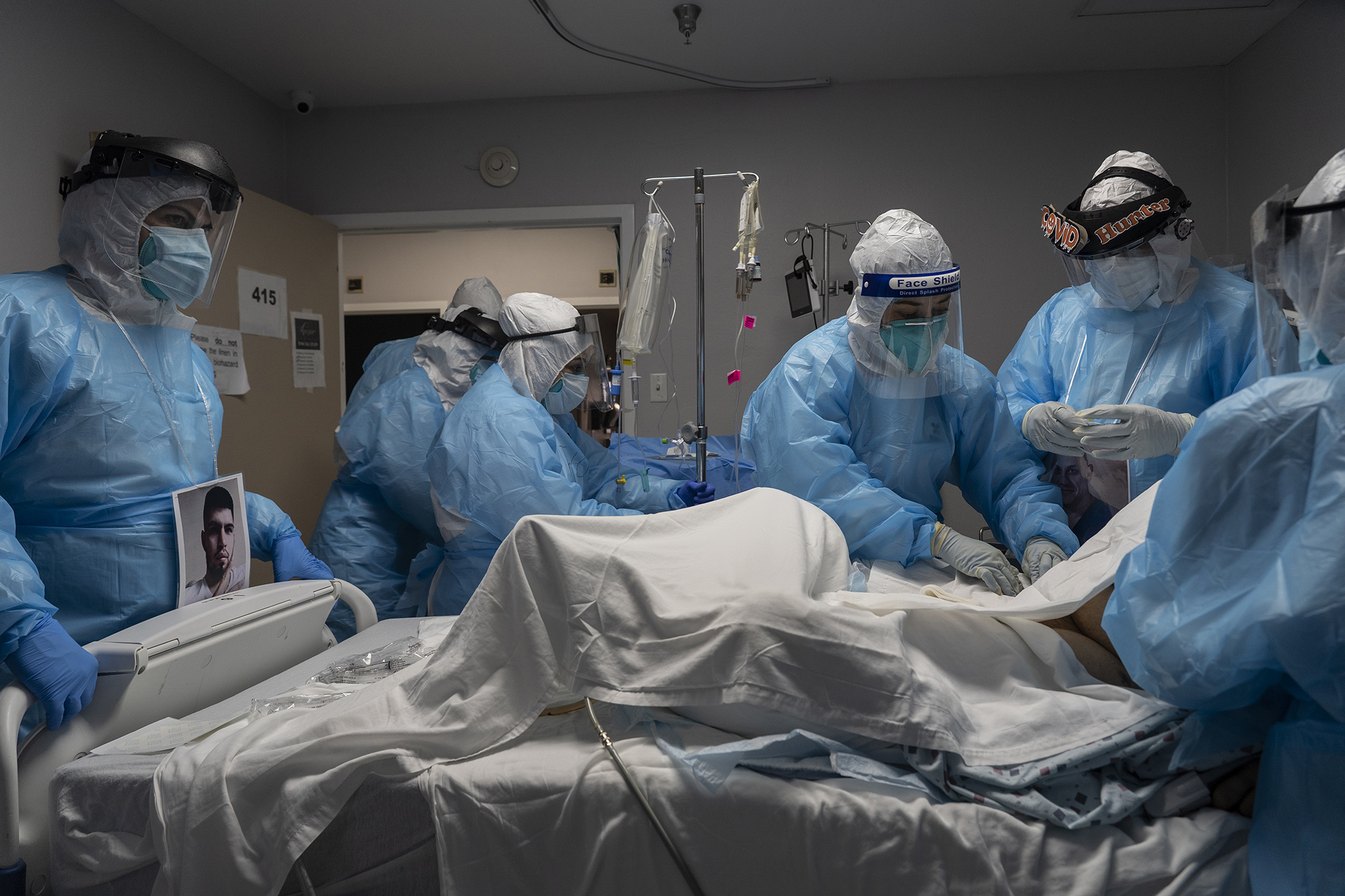 Coronavirus hospitalizations in the US have reached the highest level in three months — threatening to overwhelm the nation’s health care system amid a surge in new infections.

At least 52,000 people suffering from COVID-19 were being treated in hospitals across the country Wednesday — the most since early August, according to the COVID Tracking Project.

A total of 14 states have reported record-high hospitalization numbers, with Texas, Illinois and California seeing the most hospital check-ins, the data shows.

Nationally, the number of hospitalized patients has increased by more than 64 percent since Oct. 1, threatening to flood the health care system in some states. North Dakota, for example, had only six free intensive care unit beds available Wednesday.

By contrast, the nation’s peak number of hospitalizations for the illness — 59,700 — was recorded in April, when states such as New York and New Jersey were battling soaring infection rates.

Overall, more than 103,000 new cases were reported Wednesday, with the Southwest and the Midwest getting hit the hardest, according to the COVID Tracking Project.

However, as infections soar, the number of people dying from the illness was down by 53 percent compared to the previous national height of infections in April.

A total of roughly 1,000 people died of the virus nationally Wednesday.

Health experts have said the virus may be surging due to private social gatherings, frustration over months of restrictions and lower temperatures.