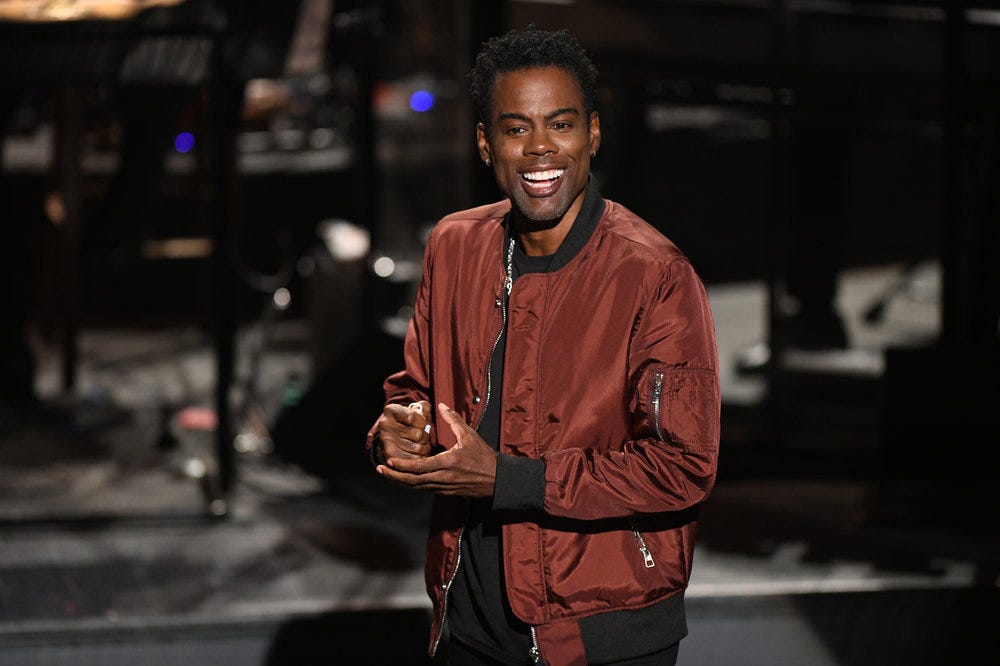 Chris Rock reveals what made him join the acclaimed series, while co-stars Ben Whishaw and Jack Huston discuss the plot of season four. (March 6)

Chris Rock has spent his time in quarantine reflecting on his past through therapy, he revealed.

Speaking to CBS Sunday Morning’s Gayle King in a new interview, the 55-year-old comedian said he is in a “happy” and “optimistic place” now, currently going to about 7 hours of therapy sessions per week.

“You have to tell the truth,” Rock said. “Sometimes I wasn’t kind, and sometimes I wasn’t listening. Sometimes I was selfish. And ultimately, who do you want to be? On the outside, it looks like I’m this daring person, but, boy, can I play it safe. I need to jump in the pool a little bit.”

Rock had previously gone to therapy, but didn’t “really jump into it” until the pandemic hit. He says he still feels damage from the bullying he suffered as a child growing up in Brooklyn, but has forgiven those who were unkind and acknowledges that the experiences “made me who I am,” and hopes his bullies have become better people.

“People get better and people change,” he said. “Right now, we’re going through this thing where we’re punishing people for thinking and feeling and saying things 20, 30 years ago. Do you know how easy it would be for me in one of my specials to name a name, or show a picture of someone and say, ‘This person called me (expletive)’ and ruin someone’s life? … I’m going to hope that what they did to me shames them in some way and they teach their kids better. That’s my wish for them.”

Chris Rock talks: Changing his humor for ‘Fargo’ Season 4 and the ‘surreal’ ‘SNL’ with Eddie Murphy

In his upcoming Netflix special, an extended cut of his 2018 stand-up special “Tambourine,” Rock includes a bit about how law enforcement is a profession that “can’t have any bad apples,” like pilots. Speaking to King, he opened up about his own experiences with police officers.

King noted that some members of the Black community felt “trepidation” about getting the COVID-19 vaccine. Rock said he “can’t wait” until he is able to get one.

King also observed that Rock “clearly takes COVID very seriously,” given that they were sitting outside his New Jersey home in the winter like “human Popsicles.” Rock tallied the various production team members sitting off camera, noting that it was much safer to sit outside than to bring about 15 people he didn’t know inside his home.

Outside of therapy, quarantine has brought more new lessons for the comedian. Rock learned how to swim in 2020, he shared.