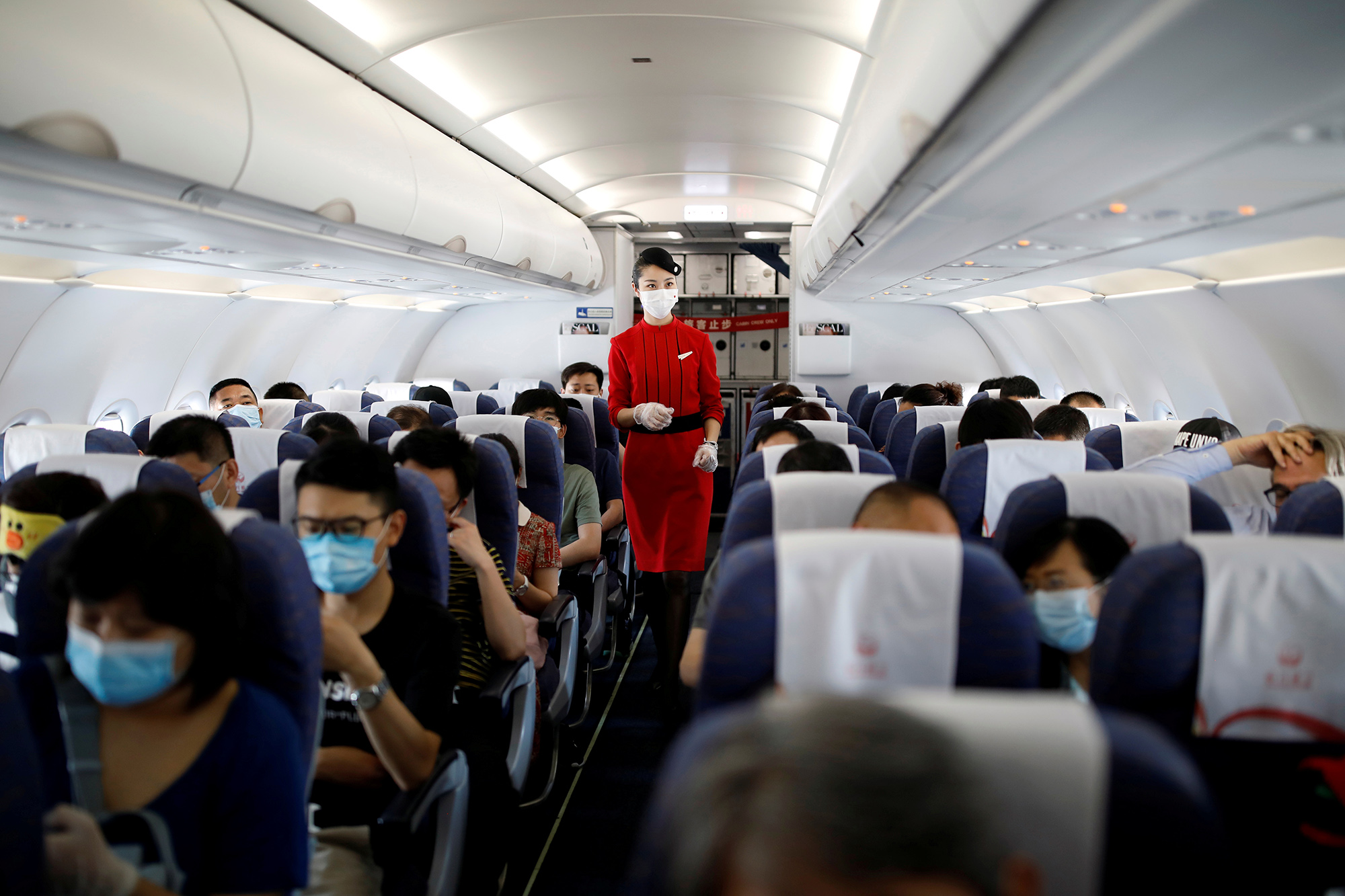 Flight attendants in China are being advised to wear diapers in order to ward off COVID-19 infections — by helping them avoid the plane bathroom, according to new airline guidelines.

The disposable undergarments and other personal protective equipment — masks, goggles, shoe covers — are on a list of recommendations for flight crew on flights to and from high-risk countries, CNN reported.

“It is recommended that cabin crew members wear disposable diapers and avoid using the lavatories barring special circumstances to avoid infection risks,” says the guidelines from the Civil Aviation Administration of China, which oversees the country’s airlines.

The advice comes after a Centers for Disease Control and Prevention study in August found that coronavirus can spread on airplanes, even among asymptomatic passengers.

In late March, a passenger aboard a flight from Milan, Italy to Seoul, South Korea picked up the bug despite wearing an N95 mask everywhere on the plane — except the bathroom.

Researchers said the passenger — who had been seated three rows ahead of asymptomatic fliers — used the same toilet as one of the infected passengers and that it was “highly likely” that’s where she caught the virus.