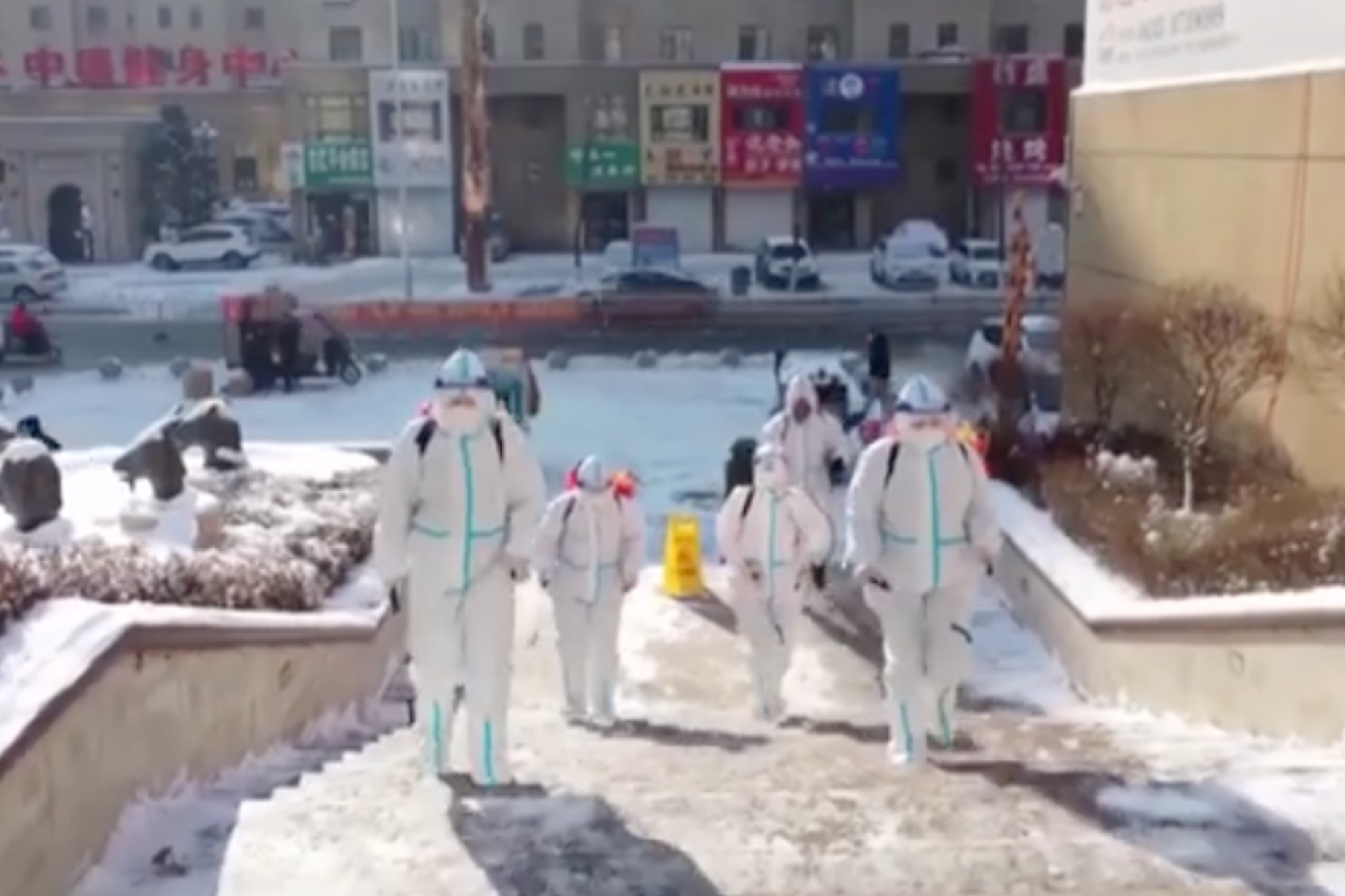 Chinese authorities are further tightening epidemic prevention measures and building a new isolation center in the hardest-hit city to cope with a resurgence of COVID-19 cases.

Of the locally transmitted cases, 54 were reported in Hebei, 30 in Jilin, seven in Heilongjiang, and two in Beijing, the commission said in its daily report.

Beijing on Monday designated one community in southern Daxing District as medium-risk for COVID-19, after two new locally transmitted cases were reported in the area on Sunday.

The two local cases were reported in Ronghui Community in Daxing’s Tiangongyuan neighborhood on Sunday, said Liu Xiaofeng, deputy director of the Beijing Center for Disease Control and Prevention, at a press conference on Monday.

A total of 43 close contacts of the two confirmed cases have been placed under medical observation, added Liu.

The city now has six areas that are classified as medium-risk for COVID-19.

No new confirmed cases or asymptomatic cases related to the disease were reported in northeast China’s Liaoning Province from 00:00 to 12:00 Monday, according to the provincial health commission. Meanwhile, four COVID-19 patients were discharged from hospitals following their recovery, including three in Shenyang and one in Dalian City.

As of 12:00 Monday, a total of 396 confirmed COVID-19 cases had been reported in Liaoning Province, including 85 imported ones. Among them, 365 have been cured and discharged from hospitals.

The cases were all close contacts or secondary close contacts of earlier COVID-19 infections in Huiqi Village, Wangkui County, according to the Heilongjiang provincial health commission.

Suihua City in the province announced on Sunday its strictest control measures yet to combat the resurgence of COVID-19.

From Jan. 10, when some sporadic cases first broke out in Suihua’s Wangkui County, to the end of day on Sunday, the city reported a total of 145 confirmed cases and 243 asymptomatic infections, according to a press briefing held by the Heilongjiang Provincial Government on Monday.

Volunteers across Suihua City on Monday disinfected residential communities and streets. Meanwhile, temporary COVID-19 testing labs were put into use in a stadium in Wangkui County.

Of the newly confirmed cases, 52 were in the provincial capital Shijiazhuang, including 27 previously reported asymptomatic cases. The other two cases were reported in the city of Xingtai.

Of the new asymptomatic cases, five were reported in Shijiazhuang and one in Xingtai.

By the end of Sunday, there were 769 locally transmitted confirmed cases and two imported cases being treated in hospitals in Hebei which has so far reported the most confirmed COVID-19 infections of all affected regions.

Construction workers are ramping up efforts to build a centralized medical observation center in Shijiazhuang, which broke ground on Saturday.

As part of efforts to cope with the recent COVID-19 resurgence, authorities in Shijiazhuang have rushed to build the isolation center with a designed capacity of 3,000 rooms in Zhengding County.

Close contacts and secondary-close contacts of confirmed COVID-19 patients will be placed under medical observation in the center, which will cover a total area of about 33.3 hectares, according to the housing and urban-rural development bureau of Shijiazhuang. With an area of 18 square meters, each room will be equipped with facilities such as air-conditioning and water heaters.