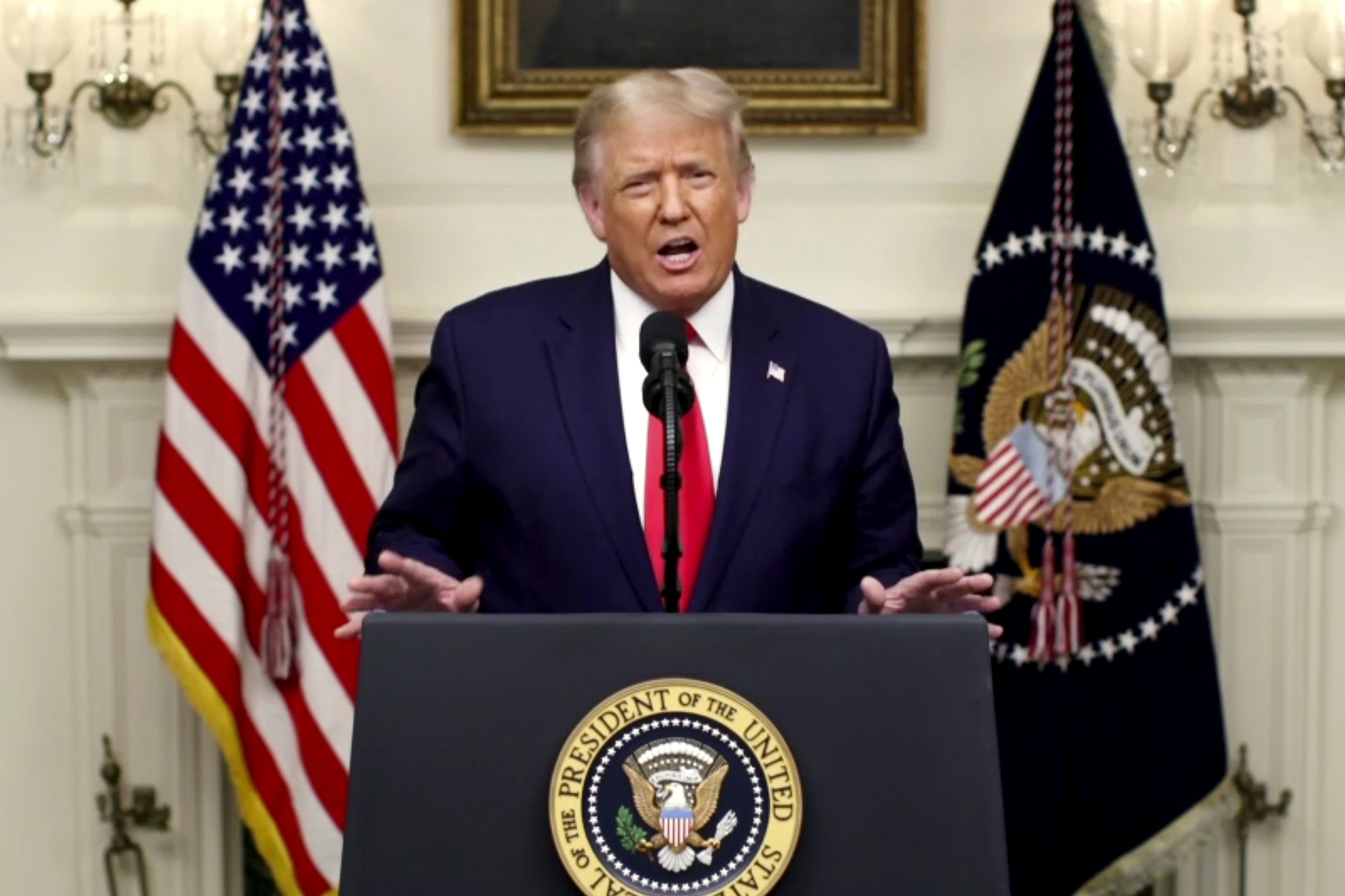 President Trump launched a scathing broadside against China and its handling of the coronavirus pandemic Tuesday during an address to the United Nations General Assembly.

“We must hold accountable the nation which unleashed this plague onto the world, China,” the president said in a pre-recorded speech to the virtual global gathering.

“In the earliest days of the virus, China locked down travel domestically, while allowing flights to leave China, and in fact the world. China condemned my travel ban on their country, even as they canceled domestic flights and locked citizens in their homes,” he continued.

He went on to call out the World Health Organization, claiming it is “virtually controlled” by the Chinese Communist Party and said the agency falsely said there was no evidence of human-to-human transmission of the disease.

“Later they falsely said people without symptoms would not spread the disease,” he said.