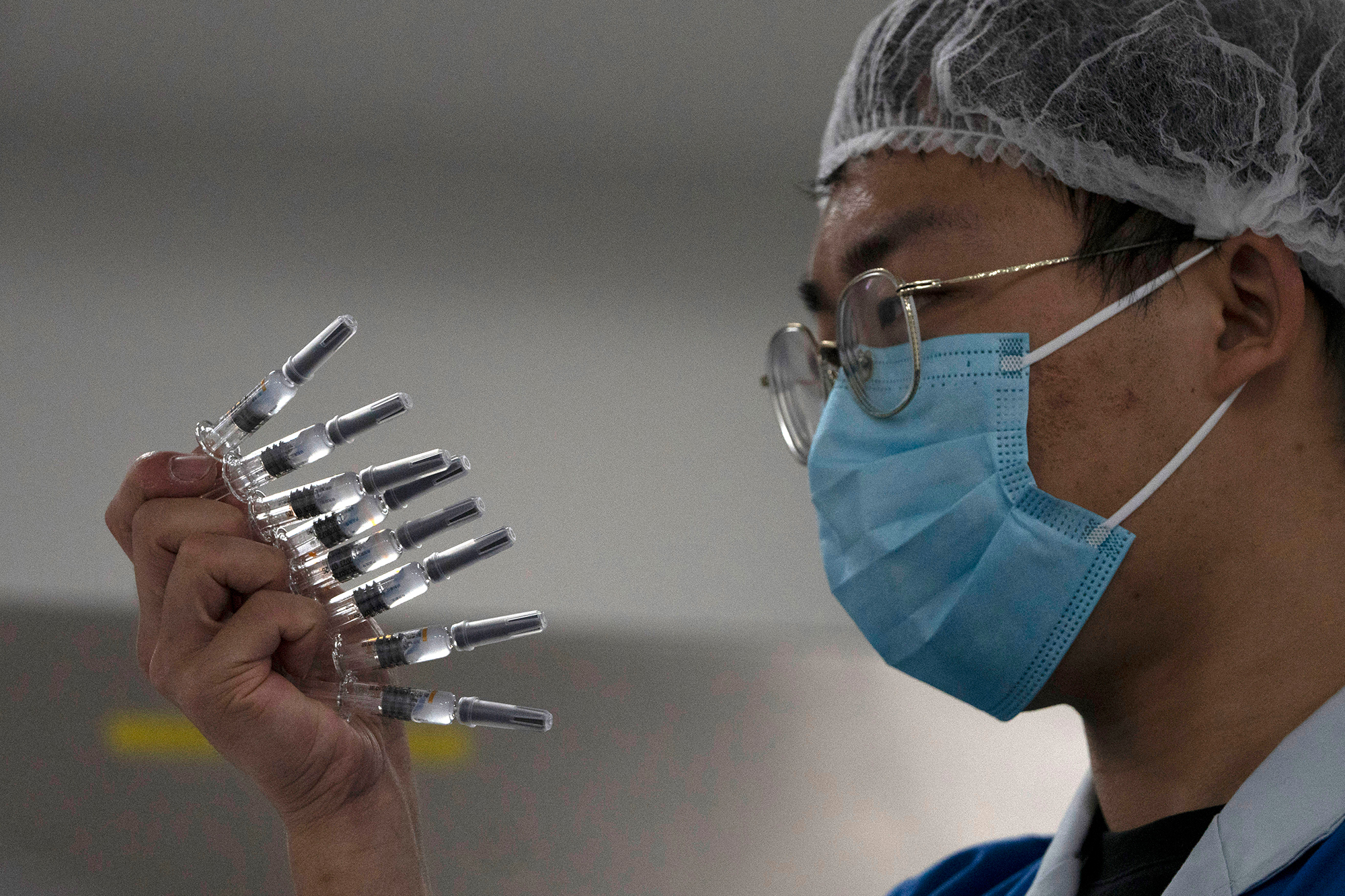 China is offering an experimental “emergency-use” coronavirus vaccine that has yet to pass standard testing to students heading overseas to study, according to reports.

The state-owned China National Biotec Group Co. made the offer on its website to administer the unproven shot for free — with many students already accepting the offer, according to the Wall Street Journal.

They are being offered “emergency-use” approval, which was supposed to be reserved for those most at risk, such as medical workers and customs staff.

China National Biotec Group’s parent company, Sinopharm, said on its website Monday that 481,613 people had already taken one of its yet-to-be-approved vaccines while another 93,653 had applied and were waiting, the report said.

“This would indeed be expanding the granted emergency use permit to beyond their intent,” Nigel McMillan, director of the infectious diseases and immunology program at Griffith University’s Menzies Health Institute Queensland in Australia, told Bloomberg.

“While obviously very important to the families and students involved, studying abroad is not an emergency — no lives are at threat here.”

Experts pointed to a series of recent trials of vaccines and antibodies that have had to be put on hold because of unexpected health concerns among participants.

“I would suggest this is not only unjustified but unsafe as well,” McMillan said of China’s rush to usage.

Lawrence Gostin, a professor of global health law at Georgetown University, told the WSJ that China was “setting a wrong example for the world.”

“People will assume it’s effective, so they’ll let down their guard,” he said.

However, Beijing-based epidemiologist Yi Ning told the WSJ he wasn’t worried when he got inoculated with two separate doses — because so many people have taken the emergency-use vaccine without any known mishaps.

“When I took the shot, several tens of thousands of people had already received it,” said Yi. “The safety was well tested.”