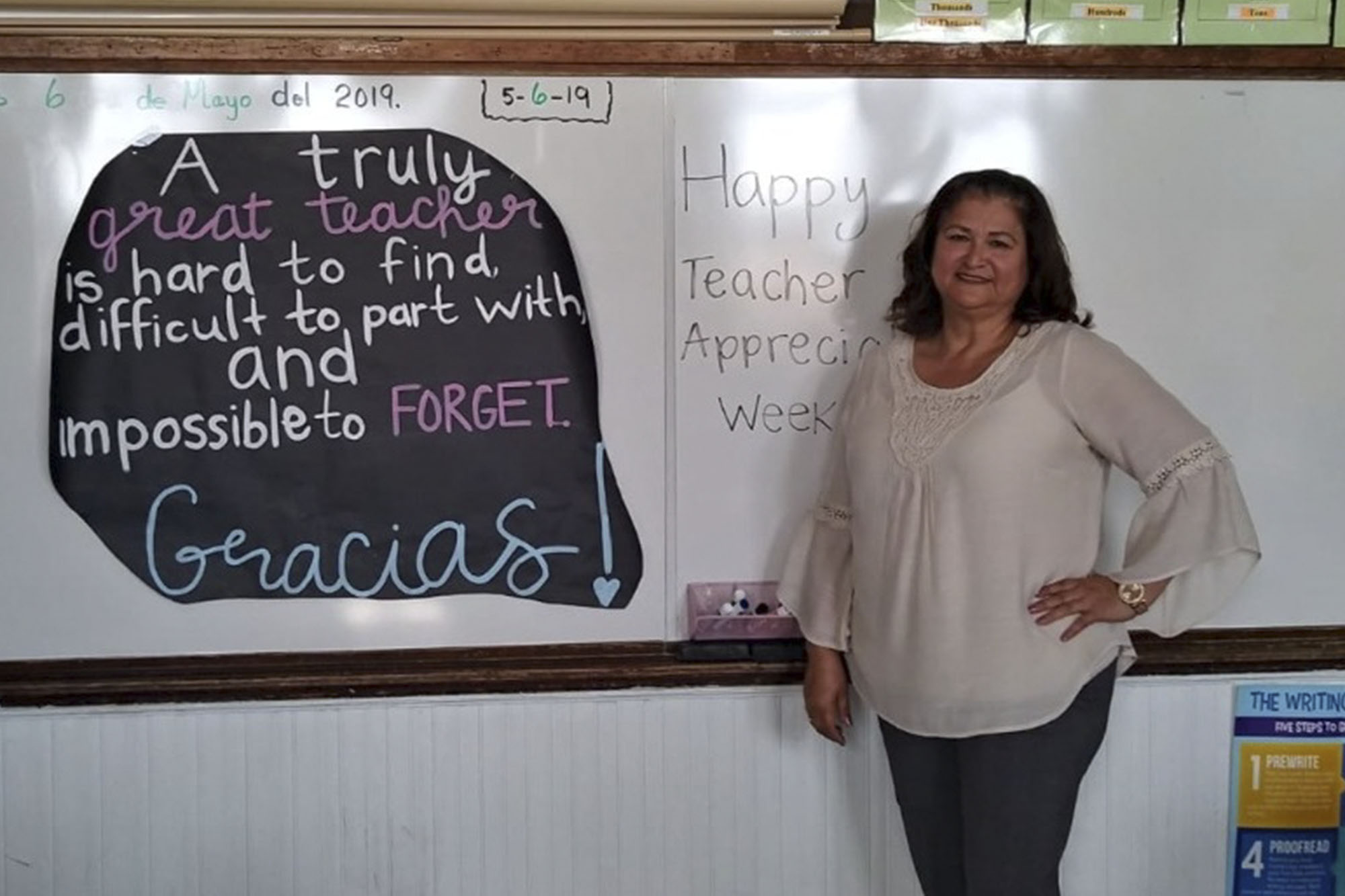 A Chicago teacher has died from COVID-19 after making several visits to her school — including to hand out academic supplies to parents, her family said.

“These schools are not properly equipped, they’re not ready,” her daughter, Giovanna Quiroga, said. “My mom, it took one time to be in that building to contract it.”

Her mother tried to continue to teach her students virtually despite suffering from a bad cough and fatigue, the outlet reported.

But soon, her health began to rapidly deteriorate and she was brought to the emergency room.

“The nurses literally just snatched her away from me,” Giovanna said. “And ever since Sept. 11, she was in the intensive care unit. She just never came home.”

Olga died on Thursday — just one day after her birthday — following a three-week battle with the virus, the outlet reported.

Her family is now urging Chicago Public Schools to pull the brakes on any plans to reopen schools — insisting that Olga’s death is proof that they’re not safe.

“This virus is very real and … I understand CPS wants to open, but we’re not at that point yet because look what happened,” her daughter said. “According to them, they’re safe, they’re ready, and clearly they’re not.”

Plans to return to in-person learning are still up in the air amid resistance from the Chicago Teachers Union, news station WGN-TV reported.

The union said it’s gotten complaints about safety conditions from those who have had to return to school buildings.

“We received over 100 complaints from our members from the lack of PPE, how CPS failed to enforce social distancing, the poor ventilation in the school buildings — this is unacceptable,” Tenille Evans of CTU said.

But school officials denied that the buildings aren’t up to safety standards.

“Safety is the district’s highest priority, and the district has gone above what is required to create the safest possible work environments for the few school-based employees who are physically reporting to work,” the district said.